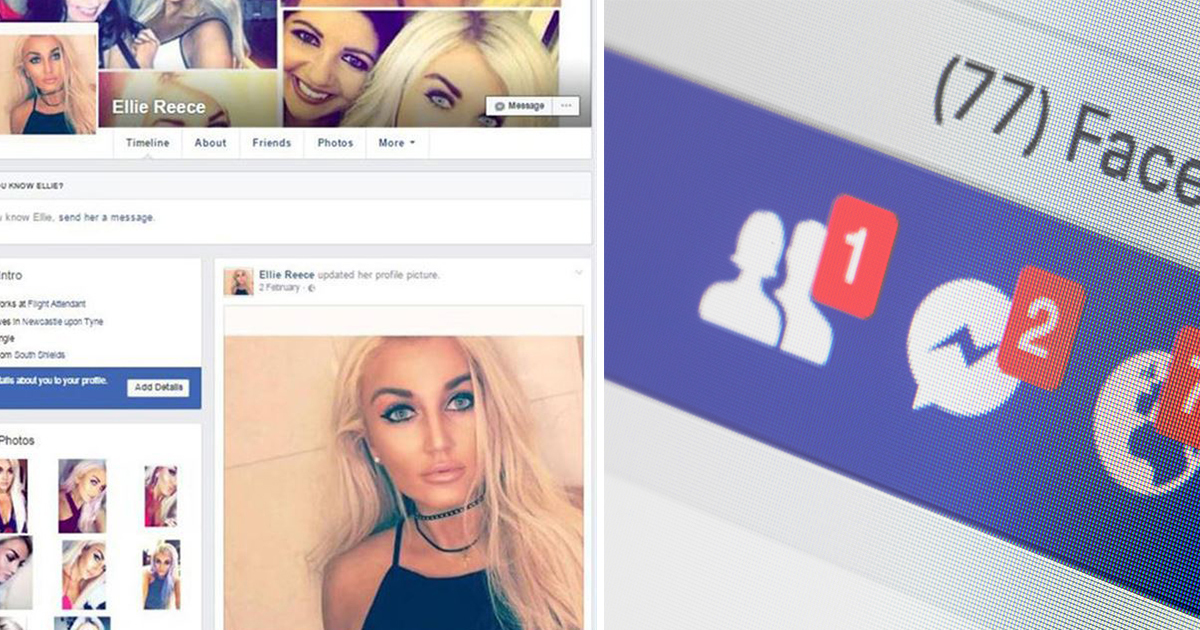 If you receive a friend request on Facebook from someone you don’t recognize, be careful. It might be the beginning of a scam that ends in you losing a bunch of hard-earned money.

But that’s not the only you could be deceived. Your Facebook and Instagram photos could even be used without your knowledge to scam others.

Twenty-eight-year-old Vanessa had her identity stolen precisely for that purpose, and now she’s warning others.

Accepting a friend request on Facebook from someone you don’t recognize could have devastating consequences, no matter how reliable that person might seem.

Scammers have a trick they like to use to gain access to people’s money—they create an account with a fake identity, complete with pictures of a random person and a made-up name. They usually choose an attractive woman, sometimes scantily clad, to ensure a lot of people accept their friend request, writes The Lad Bible.

The stranger asking you to be friends on Facebook might have a lot of friends and seem real, but their account was designed to deceive people.

One person who was surprised to have her identity stolen was 28-year-old Vanessa Cork from Ireland. One day, a guy reached out to her and asked if her name was Ellie Reece. When she googled the name, she was shocked by what she found.

Vanessa contacted several of the guys who commented on the pictures, and it turned out that for a long time, they believed they were having a relationship with “Ellie Reece.” Many of the guys had even sent nude pictures of themselves to the scammers, reports The Lad Bible.

Scammers send out mass friend requests on Facebook every day. And their fake accounts might even include pictures of you or your daughter. Please share this warning and help protect your friends and loved ones.