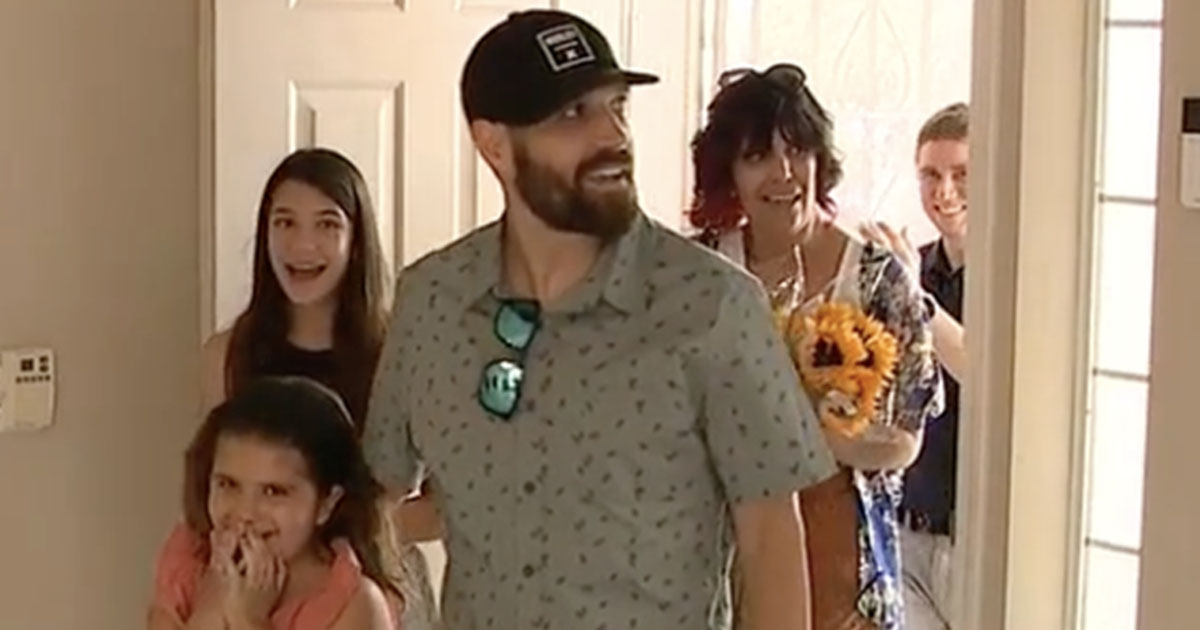 War veterans sacrifice so much for their country and deserve every ounce of respect we can give them. Often they return home with physical and emotional wounds.

The least people can do is lend a helping hand to veterans and make their transition back to civilian life a little easier. And for Kevin Raposo, this is precisely what happened.

War veteran Kevin Raposo was a marine sergeant who served on three combat deployments. His last assignment in Iraq led to him suffering from a traumatic brain injury, after which he returned home.

Now Kevin lives with severe PTSD and has been battling with a lot of adversity.

He said, “There were a lot of things I dealt with there, physical and mental, that I carried over into my civilian world.”

But now, things seem to be turning around for the Raposo family. They moved into their new home in Mesa, Arizona, on May 11th, 2022, which was gifted to them from the Building Homes for Heroes.

The best part of this was that the house was gifted to them mortgage-free, which will help the family out more than they could have ever hoped for. Because of Kevin Raposo’s injuries from combat, he has been unable to work in the same way he did before service.

This meant, his wife Christina Raposo was left to take care of him, their kids, and all the bills. Now the family can relax and take one day at a time, enjoying their life.

Now without the added stress of making payments and paying bills, the family wants to focus on healing emotionally and physically as much as they can.

The house itself is gorgeous and newly built, especially for the family. It has completely new fixtures from cabinets to the kitchen and more!

“My kids can go outside without me fearing the worst. I am still on cloud nine,” Christina Raposo shared.

The family couldn’t believe their luck as they toured their new home. It was an emotional day for the Raposo family who has been through so much and has finally caught a break!

It is truly heartwarming to see heroes get the treatment that they so rightly deserve.

Share this heartwarming story with your friends and family to remind them of the good things in this world!