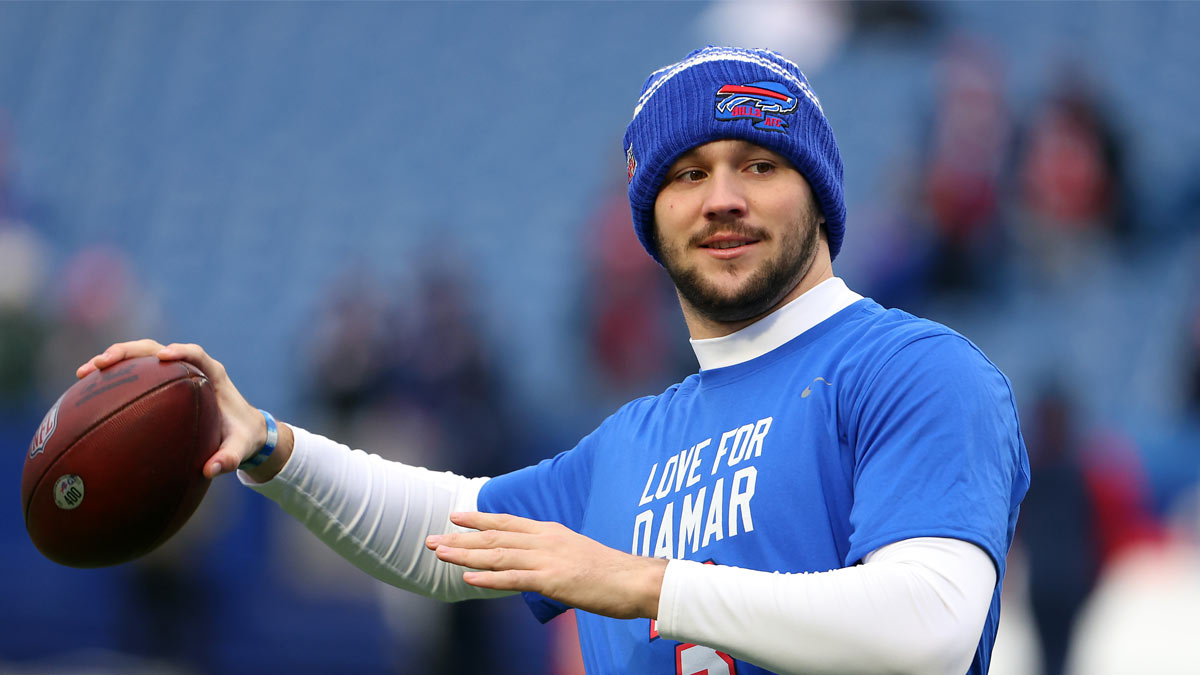 Countless people have described Damar Hamlin’s recovery from a potentially fatal injury as a miracle.

Even his teammates, who witnessed the terrifying scene, are still in awe.

Following the Bills’ win over the New England Patriots, Quarterback Josh Allen explained how watching his teammate collapse on the field one week earlier was a “spiritual awakening” for him.

“I said this in my press conference the other day, [there has been] just kind of a spiritual awakening for, really for me, and I know for a lot of other people that maybe didn’t have the strongest belief or weren’t the … strongest Christian followers,” Allen said during an episode of ESPN’s Kyle Brandt’s Basement.

One week after Hamlin was rushed off the field in the middle of Monday Night Football, the Buffalo Bills took to the field against the Patriots.

The game began with the Bills returning a 96-yard kick-return for a touchdown.

There was only one way to describe the incredible moment: “spiritual.”

“It was just spiritual,” Allen said during a postgame press conference.. “I was just going around to my teammates saying, ‘God’s real.’ You can’t draw that one up, write that one up any better.”

During his interview with Brandt, the quarterback shared his relationship with religion. Most Sundays he and his family attended a Methodist church, however his mind was usually on whatever game was on later that day.

“It’s been so long since I’ve actually been to church. I went this last offseason one or two times, but not as much as maybe I should,” he said.

Allen said he’s taken part in many similar conversations since Hamlin’s injury, even ones in the locker room.

“Again, it doesn’t matter what you think and who you think in; I’m not going to judge based on any of that. But to hear some of these stories and just feelings from our guys, to be going through this situation, it’s been really cool to see that unfold in front of us. Again, I can’t chalk it down to anything else but a Higher Power. Yeah, I’m extremely moved. I don’t really have the words to explain it.”

I also believe in a Higher Power and the power of prayer, and Damar Hamlin’s recovery is the perfect example.