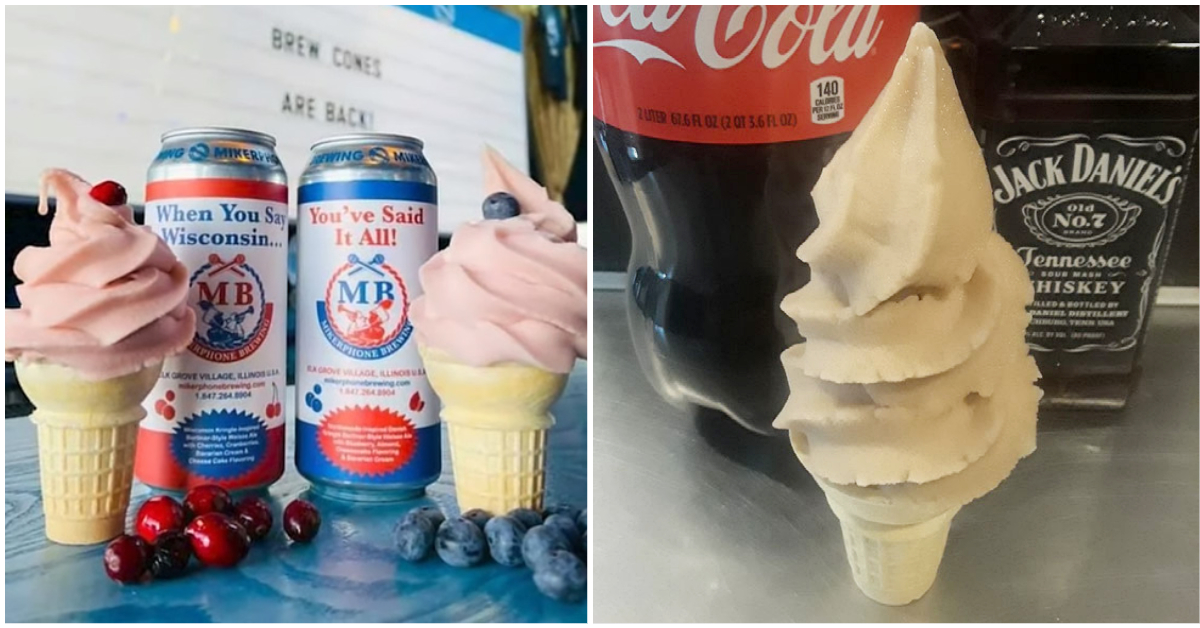 Summer is here, the weather is hot, and everyone is looking for an ice cold treat to help them beat the heat. Maybe you reach for a cold beer, or maybe ice cream is more your style.

But what if you could have both at the same time? You finally can, thanks to science.

Yes, in the greatest invention since the beer-pissing robot, there is now a machine that will turn anything into ice cream — including beer and other alcoholic drinks.

This new ice cream machine was created by a company called Below Zero, which boasts the slogan “Lick Your Liquor.”

Things like boozy milkshakes and beer-flavored ice cream have existed before, but this machine actually turns whatever adult beverage you put into it — a beer, a margarita, a Jack and Coke — into soft-serve sorbet.

According to the Daily Star, the freezing point of alcohol is too low to make an ice cream out of it the normal way, but this machine can use “cool crystallising technology” to turn any beverage to a cone-ready treat in just 30 minutes.

“The way it truly works we like to say the gel bear hugs the alcohol itself and turns it into ice cream,” inventor and company owner Will Rogers told the Daily Star.

It sounds like a fun way to consume your drink-of-choice on a hot summer day — and don’t worry, there’s no impact on the alcohol content, so you’ll be as buzzed as ever.

While we’d tempted to put our favorite classic beers through the machine, it’s recommended that you choose carefully. The Below Zero machine seems to work better with sweeter drinks like a vodka and lemonade.

If you’re going with beer, it’s better to choose something with a fruit flavor: “We’ve run the Bud Lime through the machine,” Rogers said. “But your traditional Budweiser or Stella – I’d say sit back and have that on ice!”

Below Zero is making their machine available for purchase to restaurants and breweries, so keep an eye out for one in your area.

What drink would you make into ice cream if you had the chance? Let us know in the comments, and share this story with your drinking buddies.