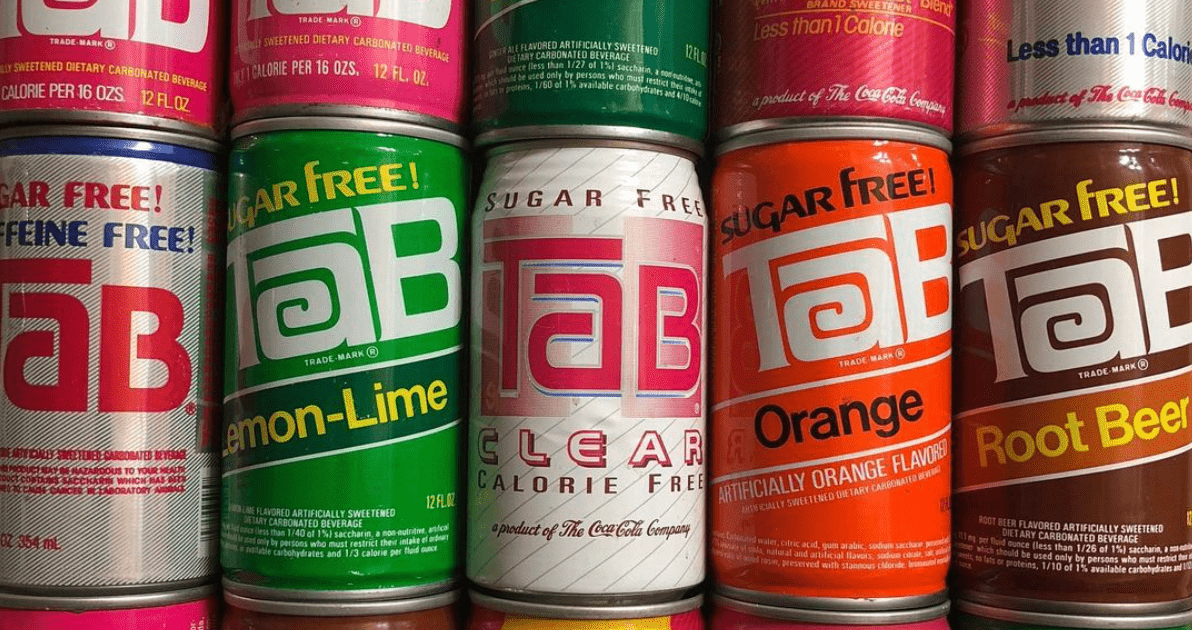 2020 was the year so many beloved businesses we thought would be around for years to come closed their doors for good. It seemed like every month we learned something else from our childhood was going to be nothing more than a memory.

In October, the Coca-Cola Co. announced 2020 would be the last year it would sell the once popular diet soda. The discontinuation of Tab, along with several other Coca-Cola products was announced as part of a “global portfolio refresh.”

Tab, a drink that has been described as having “abominable taste” was first introduced in 1963 as Coca-Cola’s first diet drink. When Tab debuted it was advertised as a drink that would help women achieve beauty standards set by society.

A March 1969 ad campaign told women to “Enjoy Tab, and be a Mindsticker.”

The ad featured a photo of a man dreaming of a lean woman in a bathing suit.

“When you can’t be with him, be in his mind. Have a shape he can’t forget,” the ad read in part.

Since Tab was a diet soda it was sweetened with artificial sweeteners, cyclamate and saccharin. Cyclamate was removed from the product in 1969 after the FDA issued a ban on it.

However, there were debates on whether saccharin was any safer – it was believed to cause cancer. By May 1984, Nutrasweet was used in Tab. And although the drink was now safer to drink, many fans were not a fan.

”My daughter, for example, is a confirmed Tab ape. She wants the metallic bite of saccharin. For those drinkers, there is no substitute,” Jesse Meyers, publisher of Beverage Digest, told The New York Times in October 1984.

But in 1982, with the introduction of Diet Coke, sales began to decline. Many people who swore by Tab switched to Diet Coke and that reflected in sales.

Despite its cult-like following and appearances in popular culture throughout the decades, Tab accounted for 0.03 percent of Coca-Cola’s beverage sales in 2017.

According to reports, about 1.5 million cases of Tab were sold in 2017 compared to 6 billion Coca-Cola beverages.

Due to the extremely low demand, rumors started swirling in 2018 that the drink was going to be canned. But Coca-Cola confirmed to TODAY Food that was not the case.

“For years, TaB has been available in select locations and stores across the country, as local bottlers have the option to choose whether to sell TaB based on local preferences.”

The drink continued to be sold online.

“We’re forever grateful to TaB for paving the way for the diets and lights category, and to the legion of TaB lovers who have embraced the brand for nearly six decades,” Kerri Kopp, group director, Diet Coke, Coca-Cola North America, said in a statement.

“If not for TaB, we wouldn’t have Diet Coke or Coke Zero Sugar. TaB did its job. In order to continue to innovate and give consumers the choices they want today, we have to make decisions like this one as part of our portfolio rationalization work.”

Were you a fan of Tab? If so, did you make sure to stock up before they stopped producing the soft drink?