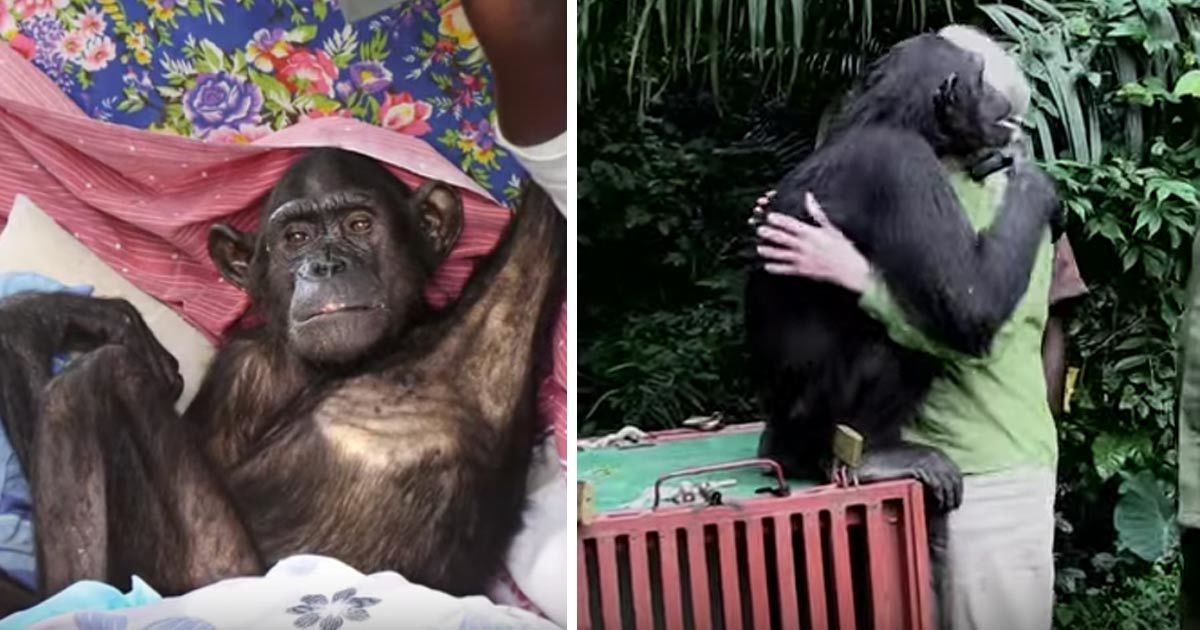 When young chimpanzee, Wounda, came into the care of the team at Jane Goodall’s Institute, things didn’t look good for her.

Her name – which means ‘close to death’ – summed up her situation. She was seriously ill and had lost a lot of weight.

But thanks to the care of the team members, in particular, a lady called Rebecca, Wounda became healthy again and was eventually well enough to be freed and transported onto a ‘paradise island’.

Wounda, however, had to do something just before she was set free – say thank you to Jane for what she had done.

Wounda looked close to death when she had arrived on the island. But she received excellent care at Jane Goodall’s Insitute.

Jane’s work focuses on nursing chimpanzees back to health before placing them back in their natural environment on an idyllic island.

Just before freeing Wounda, she said: “It’s an exciting moment for me. Here is Wounda, and she nearly died but thanks to Rebecca she came back from the dead almost.”

And it seems like Wounda will be eternally grateful to Jane – and showed it by amazingly giving her a hug just before she was let loose.

Jane added: “She has a will to live and here she is about to come out into this paradise. She’s the 15th chimpanzee to get her freedom here, and hope ultimately to have about 60 on the island.”

Watch the full story from Jane’s YouTube channel below.

Share this moving moment with all your animal-loving friends!

At Newsner, we love animals and believe in treating them with the utmost respect. Please like our page if you do too.