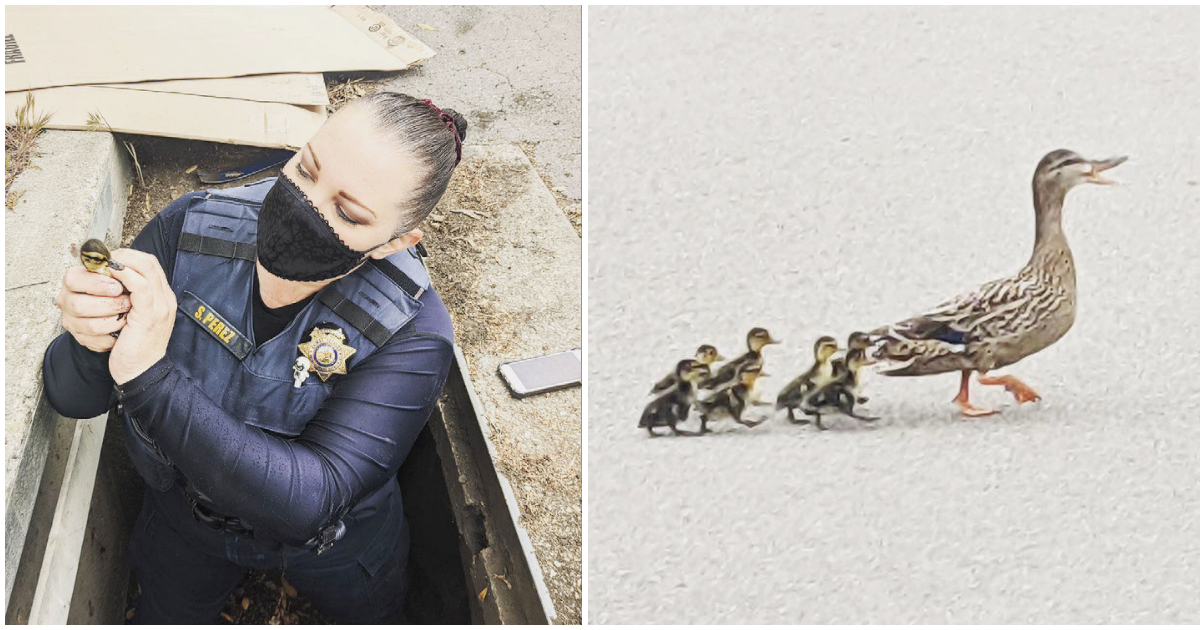 Sometimes animals get themselves stuck in some pretty tricky situations, and it takes some kind rescuers to step up and save the day.

That was the case this week when a police officer saved a group of ducklings… by cleverly pretending to be their mother!

The Hayward Police Department, in Hayward, California, got an unusual call on Wednesday about a family of 11 ducklings who had fallen down a storm drain in Chabot College campus.

Passerby noticed when they saw the worried mother duck quacking loudly, as if calling for help.

According to the department, the college’s Maintenance and Operations staff attempted to save the ducks by removing the grate, but the ducklings just “scattered deeper into the pipes.”

But soon, Officer Susan Perez of Hayward Animal Control arrived on the scene, and had a great idea for luring the ducks to safety.

Officer Perez has saved animals from storm drains before, so she knew the key was to get the ducklings’ trust so they would come to her.

And knowing that the ducks would follow their mother, she used her phone to play mama duck sounds.

It worked like a charm: the ducklings were drawn out of the pipes towards Officer Perez, who lifted them to safety.

“One by one, the ducklings were rescued and reunited with the mama duck,” the Hayward Police Department wrote.

A photo shows the reunited family walking off, safe and sound. The officer’s smart thinking received a lot of praise online.

“What an wonderful officer!!! Way to go!” said Kaitlyn Ross of 11Alive.

Great job, Officer Perez! What smart thinking to get these ducklings to safety.