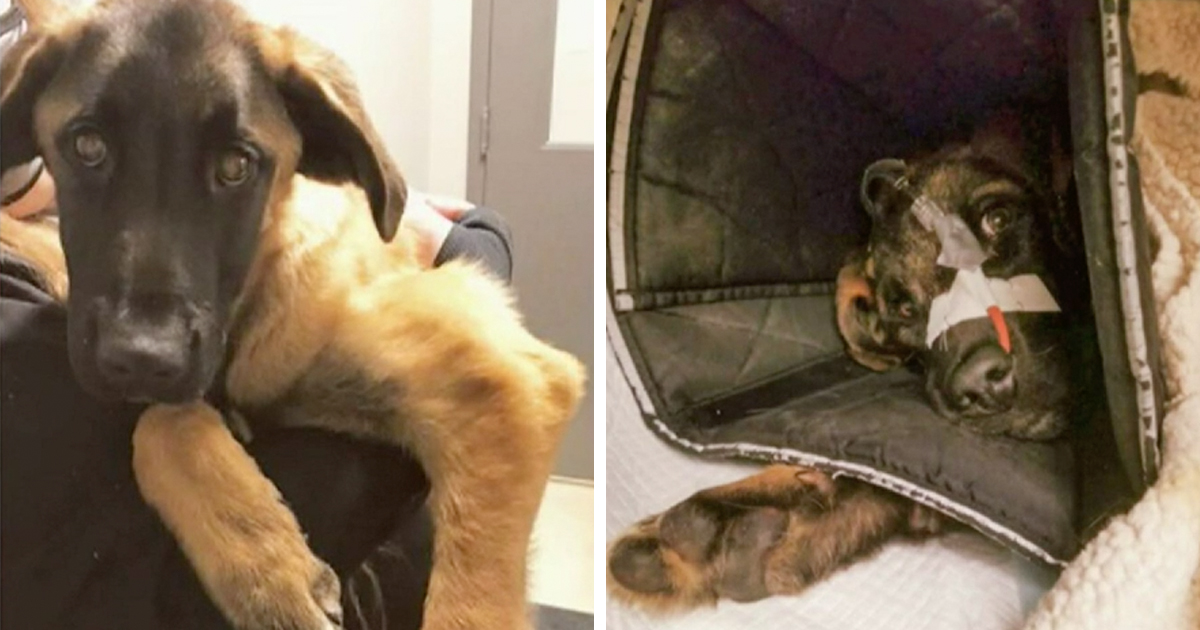 The animal heroes who help save those fur babies who have been abandoned or mistreated have had their fair share of distressing sights.

But staff at one rescue center had never seen anything like the sight of one poor pup who was brought in with the word “kill” shaved into his side.

The four-month-old stray was found by a Good Samaritan wandering the streets of Claypool, Indiana, in desperate need of medical attention; he was lethargic, vomiting, and passing blood.

Staff from the Animal Welfare League of Kosciusko County (AWL) said they were “heartbroken” when they discovered he was also suffering with Pneumonia and Parvo – a highly contagious and potentially deadly virus that causes an infectious gastrointestinal in puppies and young dogs.

The struggling hound, named Belvas, was driven to a veterinary clinic for immediate treatment.

Staff appealed to the public for help to raise funds for Belvas’ treatment and for a foster home where he could get the love and care he desperately needed.

A GoFundMe was set up which has exceeded its $5,000 goal raising $7,549 so far. “He is in critical condition and we are praying that he pulls through,” organizer Sally Scott wrote on January 7.

It took a week before Belvas could eat his first bite of food since arriving at the clinic, according to an update on his GoFundMe page.

Thankfully this Belgian Malinois puppy proved to be a fighter and has made an amazing recovery.

Staff from AWL also said the foster family which has been caring for him now plans to adopt him.

“Thank you ALL for the love, prayers and support you’ve shown our precious little warrior. Situations like these make me proud to be such a vital part of our rescue team!” said Kalie Dirck from AWL in an email, as per WNDU news.

What a fighter Belvas is; we hope he’s very happy in his new home where he never has to worry about being mistreated again.

I hope they catch the person responsible for this horrific treatment of an animal.

Help us thank all the amazing animal heroes who helped Belvas recover and give him the love and attention he desperately needed by sharing this story.