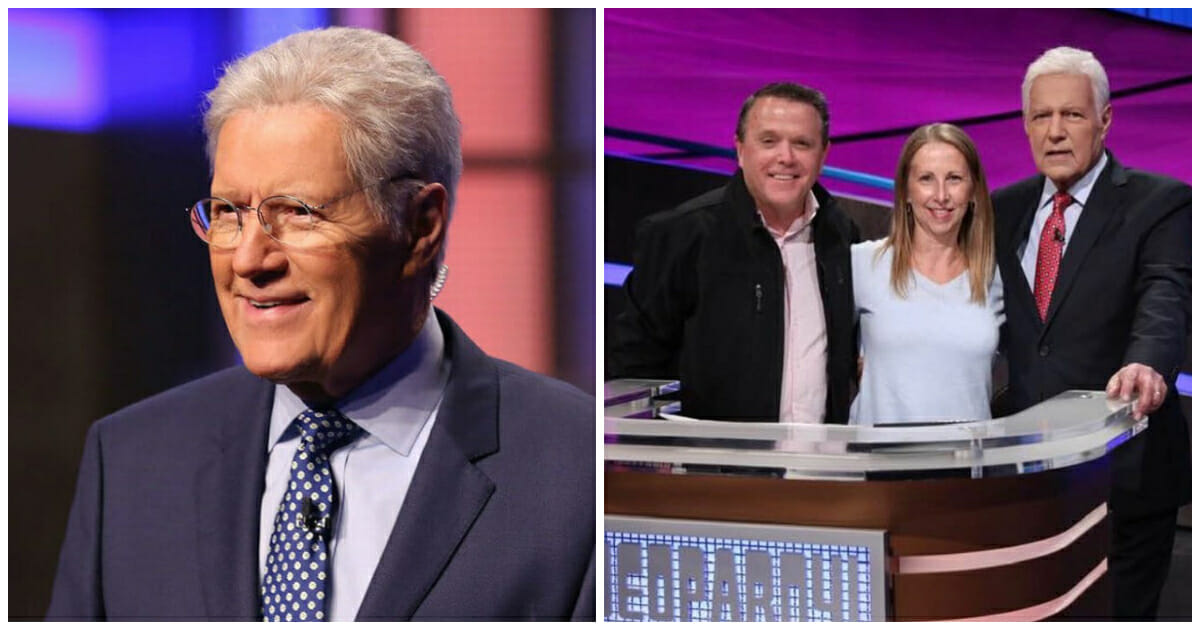 Fans everywhere were devastated last year when Jeopardy! host Alex Trebek announced he had stage IV pancreatic cancer. He’s received an outpouring of support from fans everywhere, and friends have donated to cancer charities in his honor.

But even as he continues to battle the disease, the TV legend is still thinking about others: he just donated $100,000 to a homeless shelter!

Hope of the Valley Rescue Mission is a Los Angeles shelter that provides over 289,000 meals and 92,000 nights of shelter a year.

A few weeks ago Trebek called up the mission’s founder Ken Craft to request a tour of their new shelter under construction in North Hollywood. The founder happily obliged—and was surprised to see Trebek show up in jeans and a sweatshirt.

“I hardly recognized him,” Craft told Yahoo Lifestyle. “I’m always used to seeing him in a suit.”

Apparently Trebek was moved by what he saw, because he invited Craft to his house… and handed him a check for $100,000. Craft was stunned and moved to tears.

“I hope this helps a little bit,” Alex told him, according to TMZ. The check wasn’t earmarked for anything specific—Alex just wanted to help the end homelessness in the area and believed in Hope of the Valley.

“Homelessness is a serious problem,” Trebek said in a statement to Yahoo. “I wanted to do something, so I researched this charity, visited their facility, and personally saw the good work they are doing, and wanted to help. I hope others will do what they can as well.”

Not only did he make a generous donation, but Alex had another surprise for the charity founder.

“I gave him a hug and asked if I could have a picture, he said not the way I look today, you’ll have to come to Jeopardy,” Craft recalled on Facebook.

He got his photo… when Alex brought him and his wife up on stage, thanking them for their charity work!

“What an incredibly kind, gracious and generous man,” Craft wrote. “We continue to pray for his health and healing.”

He will repay the kindness: once completed, the new building will host the “Alex and Jean Trebek Multipurpose Room” in honor of Alex and his wife.

Trebek’s donation would be incredible on its own—but it’s even more remarkable given how it comes in the middle of his own health battle.

“It just moved me because here he is — he has his own challenges, his own health issues that he’s working through — and yet instead of it being about Alex, it’s about others,” Craft told Yahoo.

“His focus is outward to the community and helping those who are suffering. I think it really speaks to the kind of man that he is.”

It takes an incredible kind of person to still be thinking of others even during his own battles. Thank you, Alex!

Give Alex the recognition he deserves, share this story!