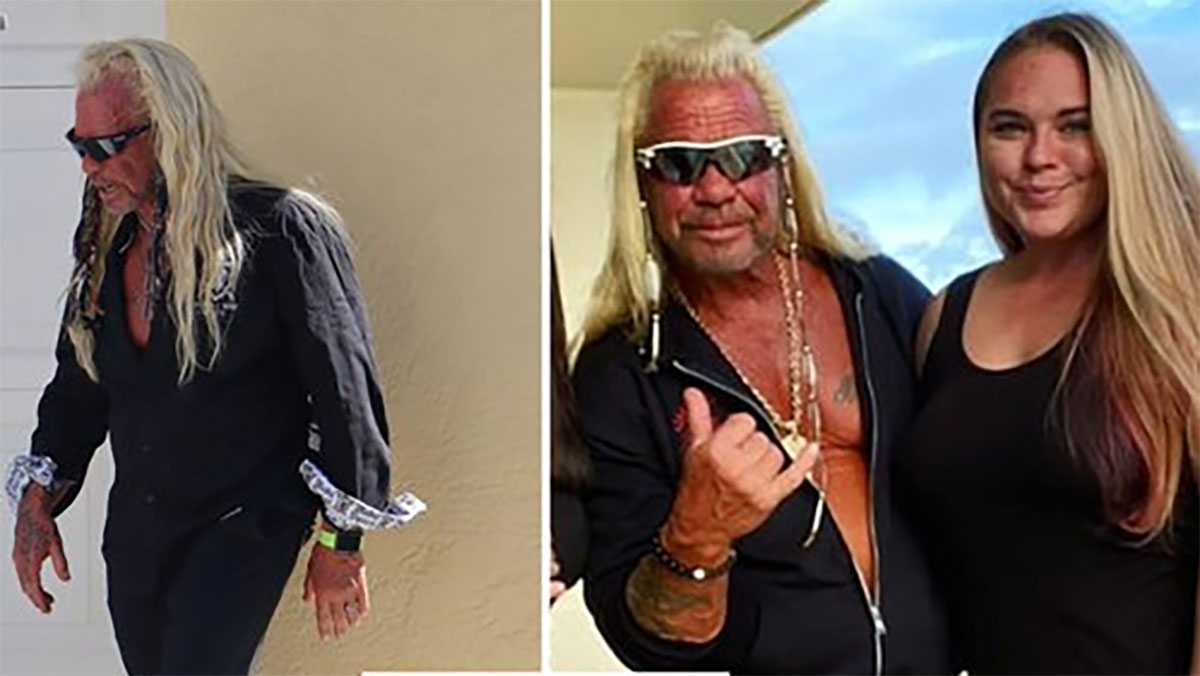 Dog the Bounty Hunter’s daughter has dismissed his high-profile pursuit of Brian Laundrie as a “publicity stunt.”

The 68-year-old reality TV star is searching for the 23-year-old fugitive and claims to have found the campground that Laundrie has stayed at insisting that he’s still alive.

But one of his daughters Cecily Chapman has dismissed her father’s findings as a “publicity stunt” and said she wants her father to “back off and let the FBI handle it,” the 28-year-old reportedly told The Sun newspaper.

“It’s just a publicity stunt. That’s really what it is,” she said of Duane Chapman, aka Dog the Bounty Hunter, who adopted her after marrying her mom, Beth, who died in 2019.

She accused her father of staging a scene where he is wading through swamp water in the search for Laundrie who is the only person of interest in the death of his fiancée Gabby Petito.

The 22-year-old’s body was found on Sept. 19, it was revealed she had been the victim of a homicide but two weeks later her remains are still being withheld from her family.

Dog’s daughter Cecily also questioned how her father was funding the search for Laundrie and accused him of seeking a new reality show through his search.

“A real network would be aware of the situation and I’m pretty sure everyone knows that this is a f—ing publicity stunt,” she said.

The 28-year-old, who along with her 22-year-old sister is estranged from their father, laughed off some of the evidence that Dog has found in his search.

“What, you found a Monster Energy can? What does that do for anyone?” she asked of the empty container that Dog showed off as proof of a possible campsite in Florida’s Fort De Soto Park, where Laundrie went with his parents.

Cecily also dismissed the chances of him finding Laundrie before the FBI.

“To be completely honest with you, the FBI is never going to let Dog the Bounty Hunter catch Brian anyway — the FBI is way too prideful for that,” she said.

The sisters claim they were cut out of their father’s life after their mother died, and said when Dog married his sixth wife Francie they weren’t invited to the wedding because of their support of the Black Lives Matter movement.

Bonnie and Cecily also accused their dad of repeatedly cheating on their mom.

Dog previously told Page Six, “Sadly, Bonnie and Cecily have been employed by disgruntled former associates with multiple felonies who want revenge at any cost and are attempting to tarnish my reputation.”

I think the more people looking for Laundrie the better but what do you think of Dog the Bounty Hunter’s efforts to find him so far?