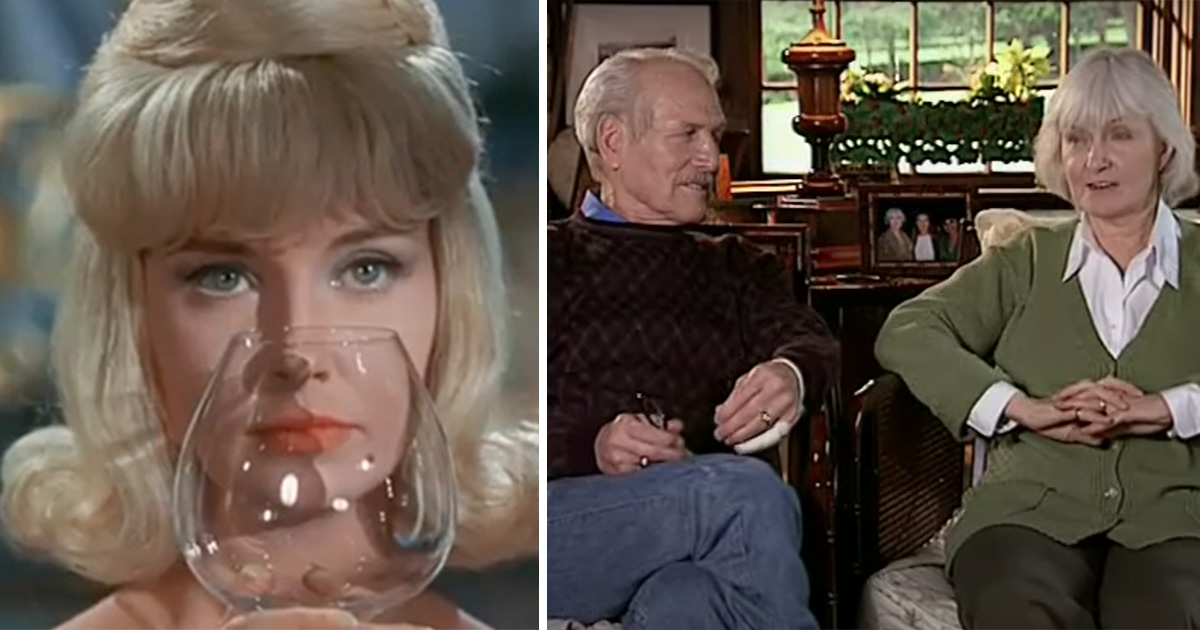 Hollywood have seen many golden couples come and go. Lauren Bacall and Humphrey Bogart, Frank Sinatra and Ava Gardner, and Marilyn Monroe and Joe DiMaggio are just some.

But when speaking about legendary celebrity couples, you have to mention Paul Newman and Joanne Woodward.

They wed in 1958 and stayed married until Newman died in 2008 at age 83. Joanne and Paul spent 50 years together, starring in movies, travelling, and raising a family.

This is the story of their beautiful life, marriage and love story.

Paul Newman is one of the most beloved actors and performance of his generation. Together with Joanne Woodward, they were a timeless golden Hollywood couple.

People might think that Newman was the lone star of the relationship. But actually, Joanne Woodward can look back on a successful career, winning plenty of awards and shining like the biggest and brightest Hollywood stars.

She was highly respected for her convincing and fabulous roles in film, theatre and television. Joanne distinguishing herself from other actress in 50’s Hollywood, having strong and independent roles instead of the many helpless ones often given to women at the time.

Her acting career started in high school, with her appearing in several theatrical productions. She played Laura Wingfield in The Glass Menagerie and would return to Greenville in the 70’s, playing in the same production again but this time as Amanda Wingfield.

In 1955, 25 years old, Joanne returned to Greenville for the premiere of here debut movie Count Three and Pray.

Following her graduation from High School, Joanne moved to Louisiana where she majored in drama at the Louisiana State University. She later travelled to New York City where she performed on stage.

Joanne’s decision in going to New York was going to be a great one. In 1953, she met what would be her future husband in Paul Newman.

At the time, Newman was married to his first wife, Jackie Witte. Joanne had recently graduated from Louisiana State, and was an understudy in the Broadway play Picnic. Newman starred in the show, and soon, there was going to be sparks of love.

Speaking to Today many years ago, Paul Newman and Joanne Woodward talked about the day they first met.
It was a hot summers day, with Newman wearing a seersucker suit , not sweating and looking like an “ice cream ad,” according to Joanne.

She also admitted that she wasn’t interested at first, but Newman was drawn to her.

It would be four years before Newman and Woodward took it to the next level. They were friends from the moment they met, but while starring together in The Long, Hot Summer (1957), it turned into something else.

Newman divorced his wife Jackie, and on Jan. 29, 1858, Joanne and Paul wed in Las Vegas and spent their honeymoon in Europe.

Just married, the press were fond of the golden Hollywood stars. Journalists followed the two around on their honeymoon, which made them a beloved celebrity couple among the public.

It was the beginning of a happy, charming and wonderful love story.

Following their six-week honeymoon, Paul and Joanne moved into their 18th-century Connecticut farmhouse.

Speaking to the Daily News in 2001, Joanna explained that the decision to move to the house instead of Los Angeles was crucial for their marriage

“We were never Hollywood people. We just liked it better here. It also probably helps that we always enjoyed each other’s company,” Joanne said.

1958 was also going to be a year to remember as one that made Woodward immortal in Hollywood. She won an Academy Award for Best Actress, starring in The Three Faces of Eve, and received an additional Academy Award nomination for her role in Rachel, Rachel in 1969. Paul Newman was the director of the later.

She was later also nominated for an Academy Award nomination as Best Actress in 1974 for Summer Wishes, Winter Dreams and in 1991 for Mr. & Mrs. Bridge.

Her husband would also move on to win an Academy Award for Best Actor. In 1987, he received it for his role in The Color of Money .

Woodward also received two Emmy Awards for Outstanding Lead Actress in See How She Runs (1978) and Do You Remember Love (1985). She was nominated an additional five time.

The Hollywood Walk of Fame is a known landmark to visit in Hollywood, with thousands of actors, filmmakers and musicians having received a star.

But who was the first one to be dedicated on the historic walkway? Yes, you guessed it right. It was Joanne Woodward, who got her star during the official groundbreaking ceremony on Feb. 9, 1960, according to History.

Paul Newman and Joanna Woodward decided to raise their family in Connecticut, far away from the busy lifestyle in Hollywood.

In an interview with Daily Mail, daughter Clea, 55, spoke about her mother,

‘My mother was way ahead of her time,’ she says. ‘She was in the women’s lib before it became a big thing and she was a hands-on mother; when I was a baby she nursed me on set. She’d stop the cameras rolling in the middle of scenes and say, “Sorry, I’ve got to feed the baby.”’

In 1975, the family suffered a tragic loss with Scott passing away from a drug overdose after suffering from a motorcycle accident.

There’s nothing you can say that will repair my guilt about Scott. It will be with me as long as I live,” Paul Newman said following his son’s death, according to The Times.

As a child, Melissa had roles in several TV-series and also appeared in the movie Mr. & Mrs. Bridge (1990), which also starred her parents.

Joanne and Paul continued living a wonderful life together in Connecticut.

People admired their loving relationship, with actor Liev Schreiber sharing a wonderful story about the two were deeply in love even after 40 years of marriage.

It happened during the time he worked on the movie Twilight (1998), with Joanne coming on set.

“He put his arm around my shoulder and said to me, ‘Will you look at the ass on her.’ That really struck me as an ideal relationship. I love the idea that a guy approaching 80 still loved his wife’s ass,” Schreiber said in an interview with Elle.

Despite growing older, Paul and Joanne never slowed down. She was the artistic director at the Westport Country Playhouse in Connecticut from 2001-2005, and also stared with her husband in the TV series Empire Falls.

Paul Newman died in 2008 after battling cancer at age 83. The legendary Butch Cassidy actor was honored and hailed throughout the movie business.

The Newman estate was left to Joanne and various charities following her beloved husbands death.

Joanne and Paul was one of the real golden couples of Hollywood, with having such a long and happy marriage being pretty rare in showbiz. They couple sustained their affection to each other with playfulness and became known for their their involvement in politics and charities, balancing their work with family.

Also, the couple created the famous salad dressing Newman’s Own, which sends all its contributions to charity.

“They had the love of newlyweds,” family friend Bob Forrester told People about the couple. “When I would fly with him all over the world, the moment the plane landed, Paul would call Joanne and he always said, ‘I love you,’ even after 50 years of marriage. She was his everything. They were soulmates.”

The Newman estate was left to Joanne and various charities following her beloved husbands death.

The success to their marriage was pretty simple, according to Joanne.

“We could talk to each other, we could tell each other anything without fear of ridicule or rejection. There was trust,” she said according to Honey Nine.

Speaking with the Daily Mail, daughter Clea talks about her mother Joanne, now 90 years old, and how they resemble each other.

‘I wish I had my mother’s skin,’ she said. ‘I have more wrinkles than she does and she is 86! Her skin is annoying, it is so beautiful. But then she was sun-blocking before sun block existed. I have never known her to not wear a hat in the sun.’

In September, it was announced that Ethan Hawke will direct a documentary about the lives and careers of Joanne and Paul. It has been authorized by the family, Deadline reports.

In a statement Hawke said he promises a “rare and exclusive look at the careers of both actors and a complex 50-year relationship that ultimately managed to beat incredible odds.”

The love story of Joanna Woodward and Paul Newman sure is special. We‘re so happy that they got to spend more than 50 years married.A true golden Hollywood couple the world might never see again.