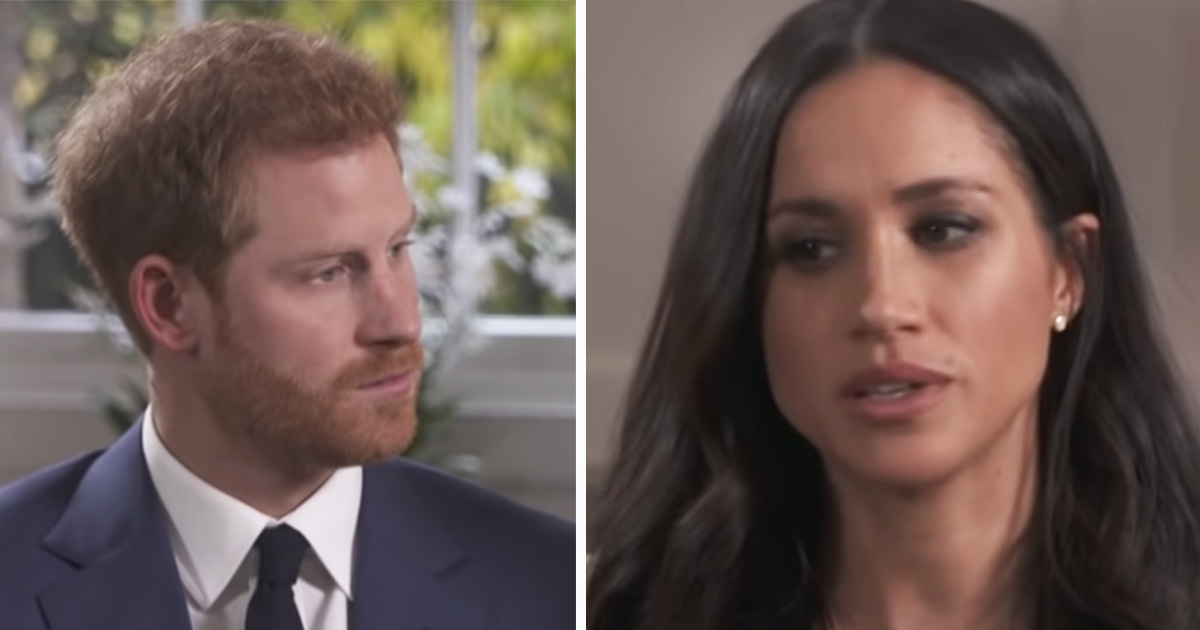 Prince Harry and Meghan Markle have been through some tough times of late. The last couple of months have been rough on both of them, especially given the reaction from the Royal Family following their Oprah Winfrey sit down.

Harry was said to have been emotionally torn following his trip back to the UK for Prince Philip’s funeral in April. Not only that, but the couple have been outspoken about their own mental health in recent times, especially Meghan, who in the Oprah interview said she had experienced serious issues when joining the Royal Family.

Now, Harry has spoken out about what really went on with Meghan. In a new documentary series, co-produced with Oprah Winfrey, he says that his wife actually harbored thoughts about taking her own life. She didn’t go through with them, he explained, because she was afraid of hurting him.

Many members of the family didn’t like their taking a step towards a more civilian life. That included Harry’s brother William, who after the couple’s deals with Netflix and Spotify, accused Harry of choosing “fame over family”.

Meghan and Harry got married in 2018. Before she and Harry met, Meghan didn’t know much about the British Royal Family. Therefore, it was easy for her to have an image of them as something “far from reality”.

However, when she joined the family after dating Prince Harry, she quickly became accustomed to the way things were. According to her, she was not only subjected to horrific treatment from the British tabloid press, but also from members of her new family as well.

Speaking in the Oprah Winfrey interview earlier this year, Meghan laid out many shocking claims involving the Royal Family. She claimed people within the royal sphere were worried over her then-unborn son Archie’s skin color.

The weeks that followed the Oprah sit-down showed how frosty the relationship between Meghan and Harry and the Royal Family really was. The Queen, Prince Charles, Prince William and Kate Middleton were said to have been left angry and disappointed in Harry.

The hope was that Harry reuniting with his brother during Prince Philip’s funeral would be a turning point. Sadly, that turned out to not be the case at all.

Instead, Harry was said to have returned to the US without a better relation with his brother and father – and instead bearing the weight of very mixed emotions.

According to royal expert Paul Burrell, Harry felt “totally torn” about he and his wife’s decision to step down from their roles within the Royal Family and move to the US.

Now, with Harry back in the US, the couple have a big test ahead of them. According to Burrell, Meghan will have to take on a huge chunk of responsibility.

The mental part of the relationship between Meghan and Harry and Buckingham Palace has been central ever since Meghan joined the Royal Family.

During the Oprah interview, Meghan Markle spoke freely about how she was subjected to horrific treatment from both the media, as well as members of the Royal amily.

Meghan said that she came to breaking point, where she couldn’t see a solution to the problem.

“I would sit up at night, and I was just like, ‘I don’t understand how all of this is being churned out’, and again I wasn’t seeing it, but it’s almost worse when you feel it through the expression of my mom or my friends or them calling me crying like, ‘Meg, they’re not protecting you.’

“And I realized it was all happening just because I was breathing,” Meghan told Oprah.

“I was really ashamed”

She went on to say that she had suicidal thoughts, and at the same time felt ashamed when she told Harry.

“Look, I was really ashamed to say it at the time and ashamed to have to admit it, to Harry especially, because I know how much loss he’s suffered,” she said.

“But I knew that if I didn’t say it that I would do it and I just didn’t want to be alive anymore. And that was a very clear and real and frightening constant thought.”

Fortunately, Meghan Markle bravely spoke out about her mental health problems. In the long run, she felt like she had to in order to be able to help others.

She stated that there are so many people that need help because of their struggles with mental health.

Meghan felt she was ‘silenced’

“I know personally how hard it is to, not just hard it is but when your voice is silenced, to be told no,” she told Oprah.

“This was emails, begging for help, saying very specifically I am concerned for my mental welfare…Nothing was ever done. So we had to find a solution.”

But Archie’s birthday wasn’t only a time when Harry and Meghan showed their love for their beautiful boy. They also helped others at the same time.

The couple showed their support for a social organization in New Zealand named Make Give Live in honour of their son’s 2nd birthday, by donating 200 knitted beanies.

The charity will now donate a total of 400 beanies to children in need this upcoming winter.

“Thank you Harry & Meghan, Duke & Duchess of Sussex, and of course, Archie for the generous donation of these 200 beanies to your friends on the other side of the world in NZ.

“I Got Your Back Pack” [a charity] was very grateful for them and they will be sent in care packs to refuges around NZ to warm heads and hearts,” Make Give Live wrote in an Instagram post.

“It also meant a lot for our maker community to have something special to bring them together to enjoy connection and creativity whilst making them, and didn’t they do an incredible job!? Happy Birthday Archie.”

The birth of their beloved son was of course a wonderful experience for Harry and Meghan. However, it turns out Meghan was feeling suicidal during her pregnancy.

Harry and Oprah Winfrey have joined forces in a new documentary series called The Me You Can’t See. In the series, they will speak honestly and openly about mental health.

Didn’t act because of scare of hurting Harry

In the series, Harry revealed that Meghan Markle indeed had suicidal thoughts while carrying Archie. However, she didn’t follow through with any such notion because she was afraid of hurting Harry.

“The thing that stopped her from seeing it through was how unfair it would be on me after everything that had happened to my mum and to now be put in a position of losing another woman in my life, with a baby inside of her, our baby,” Harry said, as quoted by Buzzfeed.

“The scariest thing for her was her clarity of thought. She hadn’t ‘lost it.’ She wasn’t crazy. She wasn’t self-medicating, be it through pills or through alcohol, she was absolutely sober, she was completely sane. Yet in the quiet of night, these thoughts woke her up.”

Harry ‘ashamed’ of how he acted

The night before Harry and Meghan were to attend a charity event at the Royal Albert Hall in London, she told him about how she was feeling.

“People have seen the photograph of us, you know, squeezing each other’s hands as we walked into the Royal Albert Hall in London for a charity event. She was six months pregnant at the time. What perhaps people don’t understand is, earlier that evening, Meghan decided to share with me the suicidal thoughts and the practicalities of how she was going to end her life,” Harry continued.

“I’m somewhat ashamed of the way that I dealt with it,” he said. “And of course, because of the system that we were in and the responsibilities and the duties that we had, we had a quick cuddle, and then we had to get changed and had to jump in a convoy with a police escort and drive to the Royal Albert Hall for a charity event. And then step out into a wall of cameras and pretend as though everything’s OK.”

“There wasn’t an option to say, ‘You know what? Tonight we’re not going to go’. Because just imagine the stories that come from that.”

“While my wife and I were in those chairs, gripping each other’s hand, the moment the lights go down, Meghan starts crying. I’m feeling sorry for her, but I’m also really angry with myself that we’re stuck in this situation,” Harry said.

“I was ashamed that it got this bad. I was ashamed to go to my family. Because to be honest with you, like a lot of other people my age could probably relate to, I know that I’m not gonna get from my family what I need.”

Harry and Meghan are now preparing for the birth of their second child later this summer. The couple have settled down in Montecito, California, where they bought a $14 million dollar house.

Preparing for birth of 2nd child

As for Harry and Meghan’s civilian career, things really seem to be working out. As the birth of their second child draws closer, Harry is taking on more responsibility at home.

“Harry is helping out around the house,” an insider told US Weekly. “He’s always such a supportive partner, but when Meghan is pregnant, Harry takes on the brunt of physical responsibilities, cooking for her and making her comfortable.”

“[Archie] knows he’ll be a big brother soon and is very excited to help,” the insider added.

We are so proud of Harry and Meghan for having the courage to speak out on these very serious mental health issues. Hopefully, this will have a huge impact on not only their lives, but others also.

Please, share this article with friends and family on Facebook to honor Meghan and Harry for speaking out.