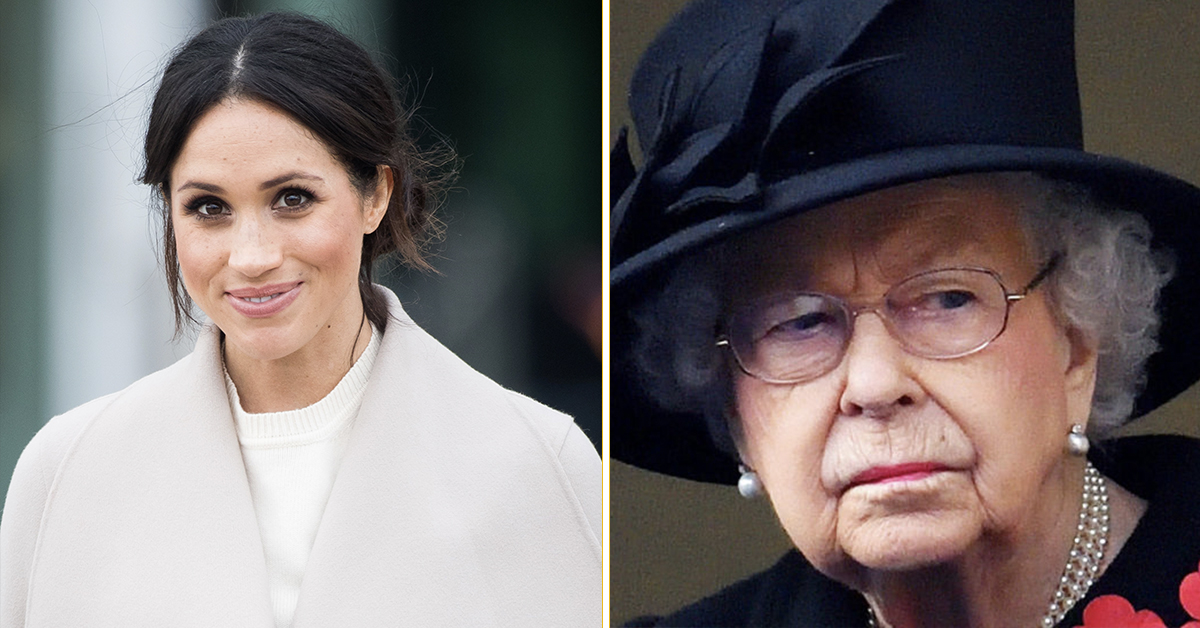 Meghan Markle can prove all the claims she made in the bombshell interview she had with Oprah Winfrey, according to her celebrity friends.

When the Duke and Duchess sat down for an interview with the talk show host last month none of us could have predicted the shocking revelations that emerged from the 2-hour sit down.

Perhaps the most damaging for the royal family were her allegations that husband Harry was asked how dark their baby’s skin would be and that Meghan had suffered suicidal thoughts while pregnant with Archie.

Meghan told Oprah the constant drip of false stories about her in the press during her pregnancy led her to feel suicidal.

Meghan then added that when she expressed her intention to get professional help, “senior people” told her it wouldn’t be good for the institution.

Oprah also asked why Archie was not made a prince to which Meghan said: “They didn’t want him to be a prince . . . which would be different from protocol, and that he wasn’t going to receive security.”

While standing in the chicken coop of their $15 million home in California Meghan also revealed to Oprah that she and Harry got married in a private ceremony three days before their wedding and that their son Archie was refused a title.

As news surrounding the interview reverberated around the world, many were quick to question the legitimacy of her claims.

Former newspaper editor and talk show host Piers Morgan went as far as to walk out from his job hosting “Good Morning Britain” after he was criticized for repeatedly saying he didn’t believe “a word” Meghan said.

The day after the interview was aired in the U.K. Buckingham Palace released a brief statement saying that the issues raised by the couple, “particularly that of race,” were concerning. It didn’t deny the allegations, and said that “while some recollections may vary, they are taken very seriously and will be addressed by the family privately.”

But speculation over the validity of the couple’s claims was rife with the Archbishop of Canterbury Justin Welby publicly stating that the couple were not married three days before their wedding.

“No one knows that, but we called the archbishop and we just said, ‘This thing, this spectacle is for the world, but we want our union between us,” Meghan revealed to Oprah in the March 7 interview.

“So the vows that we have framed in our room are just the two of us in our backyard with the Archbishop of Canterbury,” she continued.

But weeks later Stephen Borton, the former official who issued the license for the Sussexes’ wedding rejected Meghan’s claim saying she was “obviously confused and clearly misinformed.”

And the Archbishop of Canterbury Justin Welby who married the couple told BBC Radio 2 that he would have been “committing a serious crime” if he had signed the marriage certificate on the actual day, knowing it was false.

But added that met the couple “in a private and pastoral setting” beforehand, he said.

Their allegation concerning Archie’s title was one that also came as a major shock as the media had reported that the couple had refused Archie a title.

While pregnant with her son, Meghan said she was told the royal family didn’t want the baby to have a prince/princess title. That meant he wouldn’t receive any of the security that’s usually afforded to royal children.

But Archie isn’t entitled to be prince until his grandfather Prince Charles becomes king, as per rules set out by the Queen’s grandfather King George V more than 100 years ago.

Due to the Queen’s long reign and extended family – her great-grandchildren – Archie is too far removed from the throne to become prince at birth, he has to wait until he becomes a grandson of the monarch.

But while so many were able to dispute the couple’s claims many celebrities not only came out in support of the couple but also said they had evidence of her struggles at the palace.

Meghan’s friend Janina Gavankar told hosts of a British talk show that “there are many emails and texts” that support her claims.

And Oprah’s close friend Gayle King said Meghan can support all the claims she made in her interview with Oprah.

“Meghan has documents to back up everything that she said on Oprah’s interview. Everything,” King said on “CBS This Morning”, as per People.

After the palace released its statement in response to the interview Meghan’s friend and fellow actress Gavankar said she knew the family and staff were aware of the issues but “though their recollections may vary, ours don’t, because we lived through it with them.”

Gavankar, who is also a trained musician, has been friends with Meghan for 17 years, and was in touch with her while she was a senior member of the royal family.

Speaking on talk show “This Morning” Gavankar said while she was thankful that the palace acknowledged the experience “I know that the family and staff were well aware of the extent of it.”

Meanwhile Meghan’s friend Gayle King even came out to defend Meghan over allegations of bullying she faced just days before her interview with Oprah.

The Times newspaper in the U.K. reported that the Duchess of Sussex faced a bullying complaint made by one of her close advisers during her time as a working royal at Kensington Palace — allegations her office has strongly denied.

“The bullying thing was raised in 2018 and now there’s an ongoing investigation about bullying from Meghan Markle, when anyone who has worked with her will tell you exactly who she is,” King, who attended Meghan’s New York City baby shower in 2019, said. “You know, she’s really a very sweet, caring person.”

Harry reportedly received a frosty reception on his return to the U.K. for his grandfather Prince Philip’s funeral and was ‘shocked’ by the response from his family.

Harry traveled alone back to the U.K. from his home in California and immediately went into isolation as per current U.K. COVID rules.

It was the first time Harry had set foot on U.K. soil following the shocking interview and he reportedly met with his grandmother Queen Elizabeth on at least two occasions during his trip back.

It has been claimed that during Harry’s visit he and his brother spent two hours talking with their father Prince Charles but still haven’t resolved all issues, despite Harry returning to California.

One palace insider told the Mirror that the heir to the throne was hoping to see his son again but Harry told him he wasn’t staying.

There’s now speculation that Harry might not be returning to the U.K. as per planned this summer to unveil a statue of his mother Princess Diana with his brother Prince William. It’s possible that he’ll want to stay by Meghan’s side as they await the birth of their second child.

Despite the tension between Meghan, Harry and the rest of Harry’s family, the couple still hope that they can get over their differences and reconcile at some point. After all, as Gayle King puts it, “This is Harry’s family.”

The royals are the most famous family in the world with riches we can only imagine, yet they still have the same family feuds the rest of us experience, only theirs are magnified under intense media scrutiny.

I just hope with a baby due, another great grandchild for the Queen, there is a possibility that differences can be put aside and this family can find a way to work together.