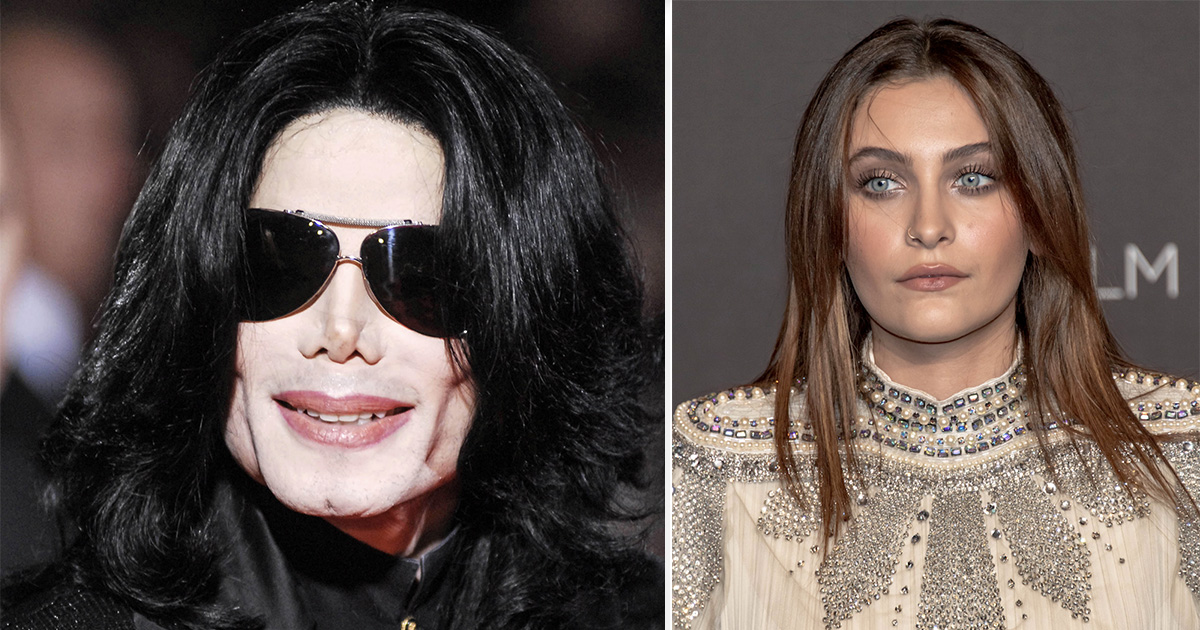 Paris Jackson is only 22-years of age, but as the second child of the legendary musician Michael Jackson, she’s been a celebrity her entire life.

Following the passing of her father, Paris has struggled with many things in her life. Now, however, the talented young woman is pursuing her own career in music.

And even though her life has been a rollercoaster, she’s now decided to speak out on her upbringing with her father, aka the “King of Pop.”

There aren’t many people, if any, who don’t know who Michael Jackson is.

I mean, you don’t get called the “The King of Pop” for nothing, right? But as much as we love his music, the late singer’s life wasn’t easy.

Right from the beginning, when he sang with his brothers in the Jackson Five, Michael had problems at home not helped by a very strict father who was quick to punish his kids if they didn’t fall into line.

One could say that Michael Jackson was a product, a person who was designed to become an entertainer and singer from his earliest days. However, that isn’t something that will take away the pure brilliance to be found in his music, dancing and songwriting.

When Michael Jackson passed away in 2009, the whole world mourned the singer. He had been chased by paparazzis’ and tabloid newspapers for pretty much his entire life, but not even when he was laid to rest for the last time was he spared.

Helicopters transporting his body from the hospital in Los Angeles were followed by other media helicopters. Still to this day, news of Michael Jackson and his family is published all over the world.

These days, it’s mostly his family members that get the attention. In particular, his children have been targeted, as many paparazzis want their share of the Jackson family.

Jackson’s second child, Paris Jackson, has lived in the spotlight her entire life. Now, she’s doing all she can to be her own person, and not just Michael Jackson’s child.

Paris Jackson was born on April 3, 1998 in California. She’s the second child of Michael Jackson, as well as his only daughter.

Her early life was very private – she and her brother both were home-schooled up until 6th grade. Michael Jackson was keen on letting them keep their privacy, and the children were fiercely guarded from the public. Early photos of Michael’s brood showed them either in costumes or with scarves around their heads to cover their faces.

As a result, Paris and her siblings lived a very restricted life on the Neverland Ranch. No one can say that they weren’t extremely privileged, but at the same time, it must have been tough.

Speaking with supermodel Naomi Campbell in a YouTube interview, Paris Jackson opened up about her father, and what her upbringing was like.

She said that Michael Jackson made sure that they were “cultured”.

“It was also like, we saw everything. We saw third world countries. We saw every part of the spectrum.”

Speaks out on her childhood

Paris Jackson lived all over the world during her childhood days, as her father toured across the globe to play in front of hundreds of thousands of people.

She says she was very grateful about her “privileged” childhood. But at the same time, Paris learned early on that she shouldn’t feel entitled. Her father made sure that the children understood the concept of having to put in work in order to get things.

“Even growing up it was about earning stuff,” Paris said. “If we wanted five toys from FAO Schwarz or Toys ‘R’ Us, we had to read five books.

“It’s earning it, not just being entitled to certain things or thinking ‘oh I got this’,” she added. “It’s like working for it, working hard for it, it’s something else entirely, it’s an accomplishment.”

Paris was only 11-years of age when her father passed away.

On June 25, 2009, “The King of Pop” suffered cardiac arrest at his home and passed away shortly after being transported to a nearby hospital. Paris and her brothers ended up in the legal care of their grandmother, Katherine Jackson, as per Michael’s will.

During her father’s televised memorial service, the 11-year-old Paris stood in front of the whole world to say a few words about her father.

“Ever since I was born, daddy has been the best father you could ever imagine,” she said. “And I just wanted to say I love him so much.”

Paris and her brothers, Prince Michael, 12, and Prince Michael II, 7, were all in attendance during the televised memorial service. In fact, that was pretty much the first time the world caught more than just a glimpse of Jackson’s children.

Then, in January 2010, they were once again were seen in public while accepting a posthumous Lifetime Achievement Award for their father at the 2010 Grammy Awards.

In November the same year, Paris appeared on the Oprah Winfrey Show to speak about her father, saying that he was amazing.

“I kind of felt like no one understood what a good father he was, he was the best cook ever,” she told Winfrey. “He was just a normal dad.”

“He made the best French toast in the world,” Paris added.

When Michael Jackson passed away, Paris Jackson moved into a mansion in Calabasas, California, with her grandmother Katherine Jackson, as well as other members of her family, according to The Daily Mail.

When she turned 19, she decided to move into Michael Jackson’s private studio at the family compound, which she transformed into a dorm-style bedroom.

Losing your father is hard as it is. But for Paris, it was much more than that. All of a sudden, she was expected to carry on her father’s legacy.

“I tried to grow up too fast”

Upon starting seventh grade, Paris had decided to attend a private school. At this point, the only ones accepting her for who she was were the older kids, and it didn’t turn out perfect.

Around the same time, social media had become a thing, and Paris faced cyberbullying.

“The whole freedom-of-speech thing is great,” she explained. “But I don’t think that our Founding Fathers predicted social media when they created all of these amendments and stuff.”

Paris went through a lot of trauma as a teenager. She even tried taking her own life following a very serious incident, but that was also somewhat of a turning point.

She spent her sophomore year, as well as half her junior year, at a therapeutic school in Utah, which was great for her.

“I’m a completely different person,” she said. “I was crazy. I was actually crazy, I was going through a lot of, like, teen angst. And I was also dealing with my depression and my anxiety without any help.”

Paris graduated high school in 2015 – one year early – but by this point, she had a lot on her mind. She was one of the heirs of Michel Jackson’s billion dollar heritage, and everyone saw her as a celebrity, even though she actually hadn’t done anything.

Now, though, Jackson is heading in the same direction as her father: the entertainment business. She’s taken her father’s advice seriously: if you want something, you have to put in work to get it. During the Naomi Campbell interview, Paris stated that she was a “full believer” that she should earn her own success.

For someone born into ridiculous wealth, as the child of one of the most famous people in modern history, this is something we truly adore Paris for. No matter what has happened in her past or who her father is, she wants to do her own thing.

She grew up around only adults except for her siblings. When she left Neverland to go to a real school, it was a big change for her. She grew up as the child of Michael Jackson, but for her, the world was more than that. And in the beginning, it sure was hard.

“Once I got introduced into the real world, I was shocked. It blew me away,” Paris told Harper’s Bazaar. “Not just because it was sexist, but misogynist and racist and cruel. It was scary as hell. And it still is really scary.”

So what did Paris do? Well, she went her own way, starting out working as a model. And she has a real talent for it!

In recent years, she’s been on the covers of some of the world’s most influential magazines, including Rolling Stone, Vogue and Narcisse to name a few.

For Paris, modeling is a very therapeutic and natural thing. Many were shocked when her father transformed via his many plastic surgeries. But in this age of social media and cyberbullying, Paris understands his choice.

Through her Instagram page, Paris’s followers can see her life as she seems to like spending time with her friends, doing all the things in life she couldn’t really experience at a younger age.

In 2020, she followed in her father’s footsteps by releasing her debut album Wilted. She’s releasing music, but instead of the R&B and pop sound her dad was famous for, Paris Jackson released an indie-folk album.

“It’s mainly just a story of heartbreak and love, in general, and the thoughts and feelings that come after it doesn’t work out,” she told Paper.

Paris Jackson grew up with her father’s music, and she says she knows all the words to his songs. At the same time as she’s created her own sound, it’s inevitable that Michael Jackson’s taste in music has influenced her.

“He loved classical music and jazz and Hip Hop and R&B and obviously the Motown stuff,” she says.

Paris Jackson has paid tribute to her father on her body, acquiring more than 50 tattoos. Nine of them are devoted to Michael Jackson.

“I feel him with me all the time”

She doesn’t think that time heals, and instead has learned to live with the tragic loss of her father.

But at the same time, Michael Jackson will always be with her, as she recalls him visiting her in her dreams.

“I live life with the mentality of ‘OK, I lost the only thing that has ever been important to me.'” she told Rolling Stone. “So going forward, anything bad that happens can’t be nearly as bad as what happened before. So I can handle it.

“I feel him with me all the time.”

Those who have lost a parent can surely put themselves in Paris situation, with the grief that comes with it. However, growing up as Paris Jackson did is something no one has experienced to the same extent.

We’re so happy that she finally has been able to do her own thing without having paparazzis following her around everywhere she goes. Good luck, Paris!

Please, share this article with friends and family if you also think Paris Jackson is a brave woman!