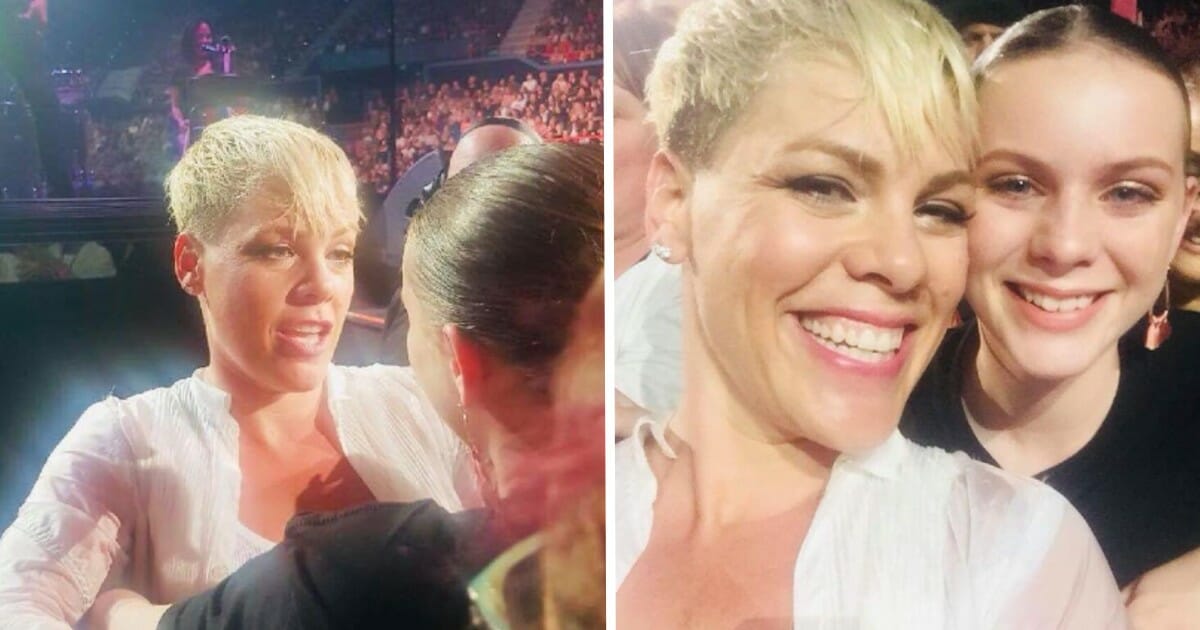 Attending one of Pink’s concerts is something everyone should experience at least once in their life.

In 2018, Debbie Murphy planned to attend the mega pop star’s show in Sydney, Australia with a friend, but in June she died. Prior to the show, Debbie downloaded all of Pink’s music and listened to it all the time. Her 14-year-old daughter, Leah Murphy, said her mom loved to dance and sing to her music.

With the concert quickly approaching, Leah made the decision to attend in her mother’s place.

However, the show Leah was set to attend was canceled after Pink fell ill. Katrina Donkin, the teen’s aunt, didn’t want Leah to miss out so she purchased tickets to a show in Brisbane.

Leah and her aunt traveled from their home in Cairns to Brisbane, a little more than 1,000 miles, and when they arrived Katrina realized she made a mistake. The tickets to the show were at home!

“I rang my neighbour, my neighbour broke into my house and got them and handed them to someone I know who works on the check-in desk at Qantas,” she told the Australian Broadcasting Corporation.

Thankfully the tickets were able to be flown on a flight to Brisbane, and Katrina picked them up just in time.

In Brisbane to see PINK BUT TICKETS IN CAIRNS ON MY BEDSIDE TABLE!! ??Probably my biggest fuck it of all time ??Yay…

During the concert, Leah and her aunt held up signs, hoping to get Pink’s attention. Katrina said that it was during a part of the concert where Pink performs slower songs that the singer saw one of Leah’s signs – her sign read, “Hi, my name’s Leah. I’m 14 years old and I just lost my beautiful mum. I would love a hug.”

The crowd parted and allowed Leah and her aunt to move to the front.

“We ended up at the front row and Pink just held her for … it felt like 20 seconds,” Katrina said. “And Leah’s only 14, she’s a teeny-tiny little thing and she just sobbed uncontrollably in her arms.”

“Pink was just so genuine, she said, ‘Hey, don’t cry, everything’s going to be okay.'”

Leah also got to tell Pink how big of a fan her mom was.

The singer then took a selfie with the teen and signed her arm before she went back on stage and reminded the audience to give their moms a call.

“It meant everything,” Leah told The Courier-Mail. “It was a dream come true.”

After what her aunt described as a “hug from heaven,” Leah couldn’t stop talking about the special moment.

“I haven’t seen her smile so much since. Her dad said he woke up feeling happy today, happier then he has been in a long time,” Katrina said. “She relates to the music, I think she’s grieving through the lyrics and it’s helping her process it.”

This makes me tear up, it was such a sweet moment between Leah and Pink.

Even though Leah experienced an incredible amount of heartbreak, she was able to find some comfort.