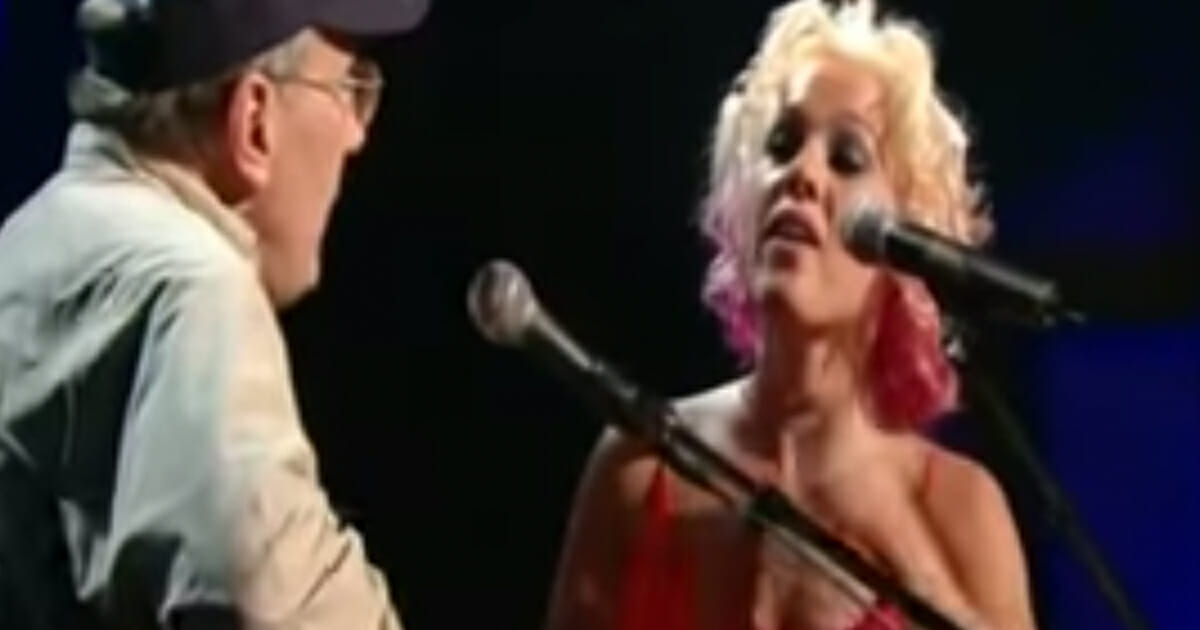 It’s difficult not to be impressed by Pink. The singer is not only a household name, having sold millions of albums around the world, but she’s also a strong, redoubtable figure for women to look up to.

Over the course of her career she’s always retained an independence that’s to be admired, whilst often staying well away from what’s ‘conventionally’ in-vogue.

On top of that – and take it from someone who knows – she’s also an incredibly talented live performer. Which is why her audience were stoked when she announced she was inviting a special guest onto the stage during a New York show.

She announced the mystery person was a Vietnam veteran, but gave little else away …

What fans didn’t know was that Pink’s father, Jim Moore, was in the audience, and was ready to take to the stage with his daughter for the first time ever.

Now, Moore had served in Vietnam and had written a song whilst overseas called “I Have Seen the Rain”. Naturally he had no idea that he’d be performing said track some 40 years later with his daughter.

Pink actually credits her dad for being the reason as to why she’s gotten so far in the music industry. His unconditional support helped to fuel her passion for singing, while also playing a role in her never-say-die attitude.

For her to bring him onto the stage to perform with her must have felt like the ultimate act of gratitude, and it’s certainly a memory he’ll treasure until the end of his days.

For the performance, watch the video below:

What a perfect example of a loving father-daughter relationship!

If you think this a beautiful performance, share the article on Facebook with your friends and family.