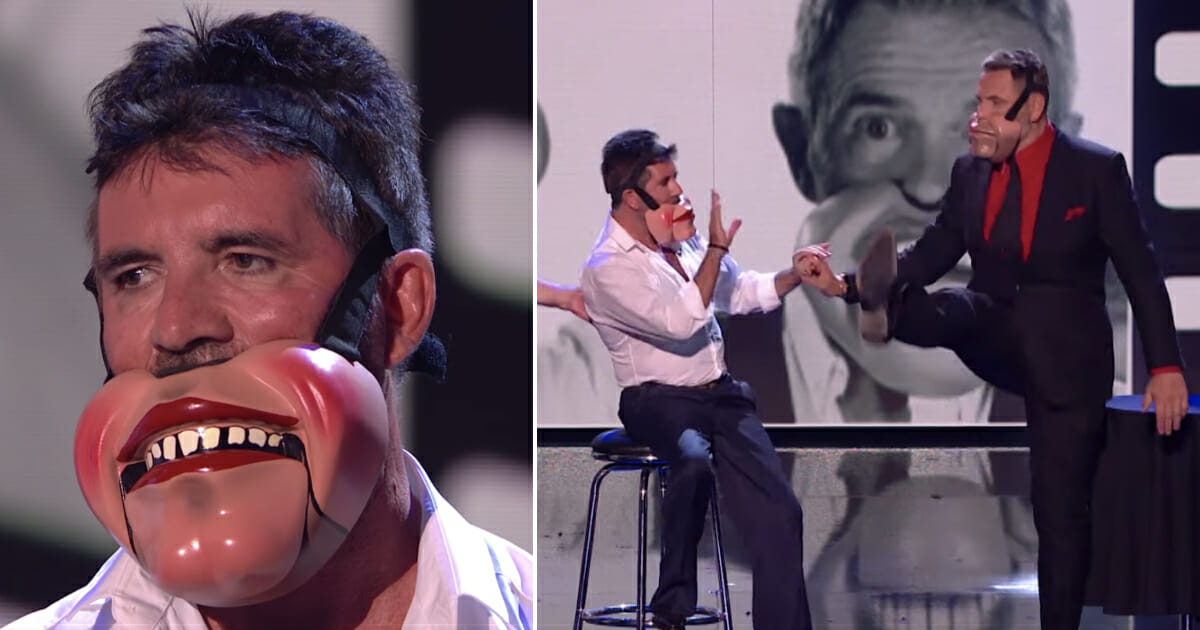 Simon Cowell is well-known for speaking his mind when it comes down to the acts that are performed in front of him. Singers, actors, puppeteers, and child prodigies all try to impress him, but only a few get rewarded for their efforts.

As a judge on ‘Britain’s Got Talent,’ Simon Cowell has seen it all. But one ventriloquist act has apparently enraged him more than any other act his seen.

Just watch the video and determine that for yourself.

He was asked to participate in Jimmy Tamley’s performance that required for Simon to put on a funny-looking mask.

It was when Simon was asked to do a can-can dance that things went south. When one of the men grabbed his knee, the judge tore off his mask and stormed off stage to the sound of boos from the crowd.

But much to everyone’s surprise, he appeared to have a change of heart and reemerged on stage to finish up the act.

However, according to the Mirror, it was all an act.

A TV insider has said that Simon’s upset was all purely for entertainment: “Simon is absolutely fine. He’s been laughing about it during the ad break. There’s been lots of laughter in the dressing room, with a few production members jokingly acting with their tails between their legs! But Simon saw the funny side.”

Were you surprised by Simon’s reaction? Did you enjoy the ventriloquist’s act? Please share this video with friends and family who would enjoy it!