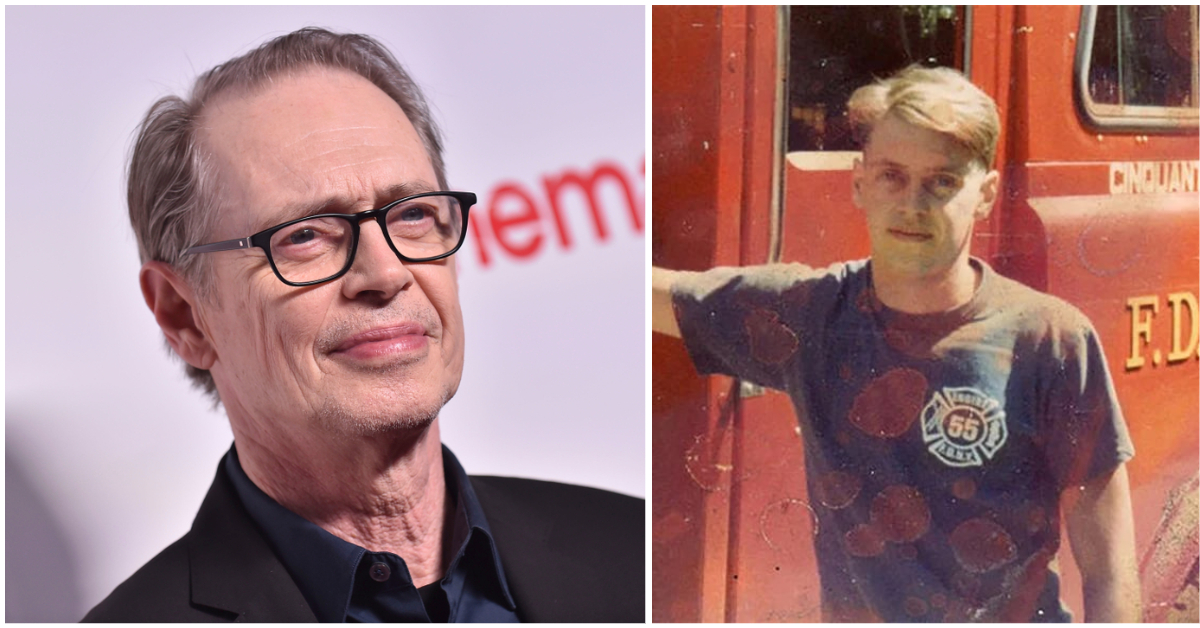 This weekend marked the 20th anniversary of the 9/11 attacks, a somber milestone on which people across the country took a moment to remember the heroes of that day, from the people who lost their lives to the men and women who helped out in the aftermath.

Among the firefighters who worked at Ground Zero was Steve Buscemi, much better known to the public as an acclaimed actor than as a firefighter. And 20 years later, he’s opening up about the serious toll those days had on him, and all his fellow responders.

With countless memorable roles in all different genres, Buscemi has been one of the most familiar faces in Hollywood. From supporting roles in iconic films like Reservoir Dogs, Fargo and The Big Lebowski to his Golden Globe-winning starring role in Boardwalk Empire, Buscemi has been a fan favorite for decades.

But many people who have enjoyed Buscemi’s performances on screen don’t know that he worked at Ground Zero after 9/11, volunteering with his former fire department.

In the early 1980s, Buscemi was a firefighter with Engine 55 in Lower Manhattan, while he was pursuing a career in acting on the side. He says he found a “brotherhood” with his fellow firefighters, but ultimately left the job when his acting career took off.

However, he would return over a decade later — the day after 9/11, assisting his old colleagues in Engine 55 at Ground Zero.

Buscemi was already a well-established actor at the time, but he kept a low-key profile during his time at Ground Zero. For that week, he wasn’t a celebrity, but just one of the firefighters, searching for bodies in the rubble.

He wrote in Time that there was a “feeling of connection” with his fellow firefighters. However, the dust and debris made the scene unrecognizable and otherworldly. Responders seemed to recognize the hazardous conditions they were working in.

“This is probably going to kill us in 20 years,” Buscemi recalled someone saying.

That ended up being eerily prescient: in the past two decades, many first responders have been diagnosed with health issues connected to their work at the World Trade Center site, including deadly respiratory illnesses.

“I don’t know if anything could have stopped any of the first responders and the volunteers who were they to do this enormous job. But it would have been good to at least know of the dangers going in,” Buscemi said in an interview with Marc Maron, per CBS News. “You could just feel it, like that it was not safe.”

Buscemi says he was dismayed in recent years after firefighters had to lobby in Congress for more funding for the Victim Compensation Fund — a cause that was championed by another celebrity, Jon Stewart, along with activist John Feal.

“’Never forget,’ everyone said. Some people have no choice. What’s surprising is who has to be reminded,” Buscemi wrote in Time.

And while the actor says that he has not felt any illness or physical effects from his time at Ground Zero, the experience took a mental toll: he recently revealed that he suffers from PTSD.

“I was only there for like five days, but when I stopped going and sort of tried to just live my life again, it was really, really hard,” Buscemi told Marc Maron. “I was depressed. I was anxious. I couldn’t make a simple decision.”

While Buscemi says it “actually felt good” to work with his fellow firefighters on the scene, due to the brotherhood and camaraderie, the experience caught up to him later.

“It wasn’t until I got home that the magnitude of it all caught up with me,” he wrote in Time. “I was already seeing a therapist, and though it was almost impossible to process the enormity of what had happened, just having someone with whom to sit with all the feelings was a consolation.”

It’s heartbreaking to hear that Steve Buscemi has suffered from PTSD after his volunteer work at Ground Zero.

But he’s a true hero, both for his bravery after 9/11 and his continued advocacy on behalf of responders.