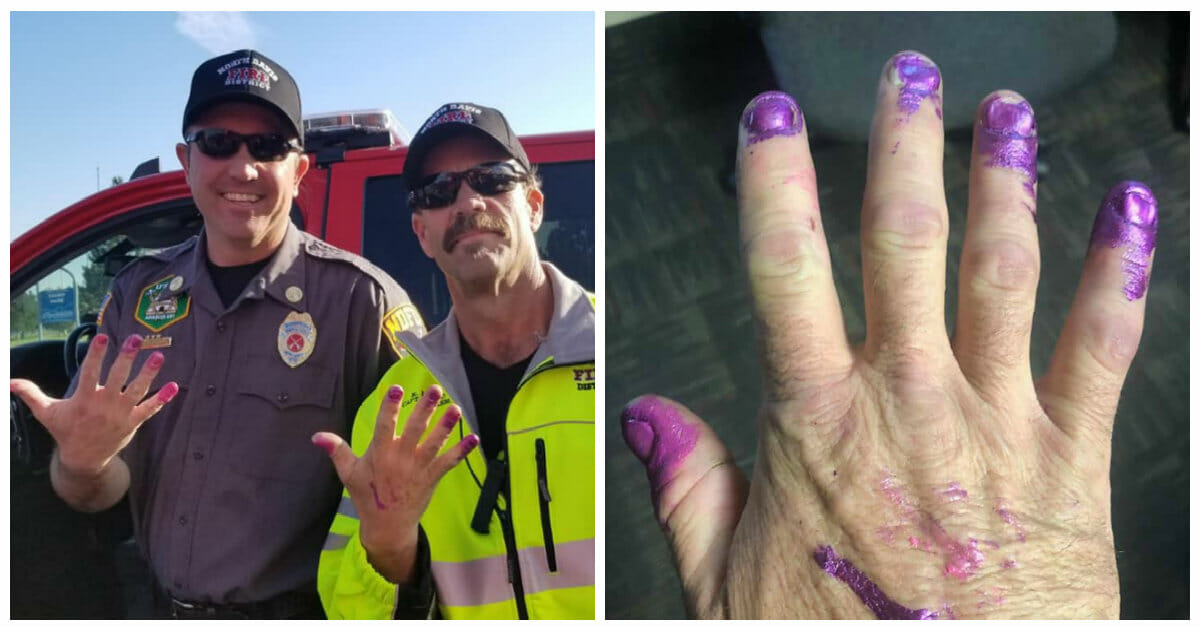 It’s a firefighter’s duty to make their community feel safe—not just by saving people or putting out fires, but offering reassurance that things will be okay after incidents.

Firefighters often deal with people who have suffered a traumatic experience—an accident, the loss of their home—and in those situations, good people skills and a strong, calming presence are essential. 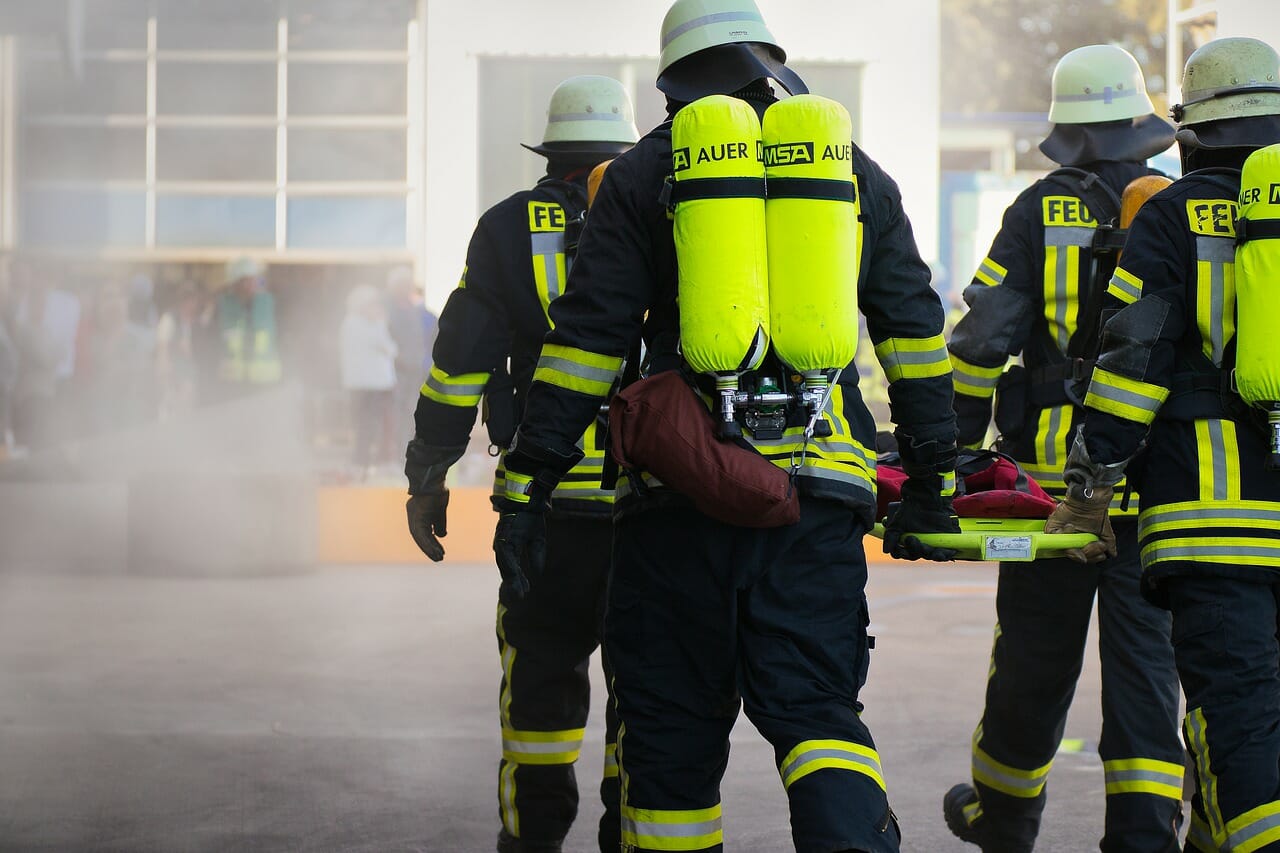 That was the case for two firefighters… who proved that sometimes the strongest thing a man can do is getting a manicure.

Chief Allen Hadley and Captain Kevin Lloyd, of the North Davis Fire Department in Utah, responded to the scene of a motor accident. They saw a crying little girl—unharmed by the accident, but deeply frightened by the ordeal.

The firefighters made an effort to calm her nerves and cheer her up. They noticed she was holding two bottles of fingernail polish, so they started chatting with her about that.

Then they went even further: They offered to let her put some nail polish on them!

It was a sweet, thoughtful gesture. These firefighters presumably don’t get their nails done very often, but it gave the girl an activity to keep her mind off the accident.

And amazingly, it worked wonders.

“Within minutes, the child was calmly painting their nails and had forgotten about the accident she had just experienced,” the North Davis Fire District wrote on their Facebook page.

“Great job Chief Hadley and Captain Lloyd for providing awesome customer service to one of our young citizens.”

Commenters cheered on the firefighters for their thoughtful actions: “Tough enough to wear purple and not care,” one person wrote. “Amazing job!”

It’s amazing how a simple, thoughtful interaction like that can really make a difference for someone and make them happy.

Let’s thank these firefighters for going above and beyond! Share this inspiring story!