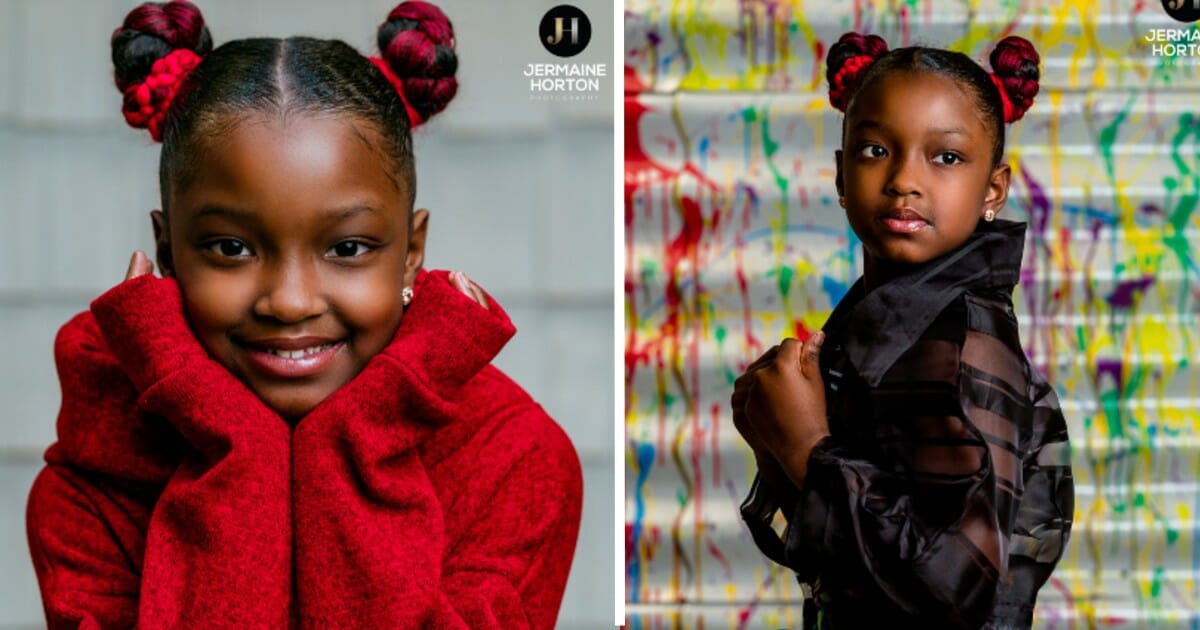 In October, Marian Scott, an eight-year-old at Paragon Charter Academy in Jackson, Michigan, was left upset after she was denied school photos because of the color of her hair.

“Marian had to stand in the hallway while everyone was taking pictures,” Doug Scott, the third grader’s dad told TODAY Parents. “They said she couldn’t represent the school.”

But after her story went viral, numerous photographers reached out to her and her family offering to take photos that would be unlike any she’d take at school.

“It was fun, you got to pose and change clothes and got to be yourself,” Marian told WILX.

Jermaine Horton learned about Marian’s story and got in contact with her family.

“When I heard about this story I was furious as a parent because the first thing I thought about was the impact of what this would do to such a beautiful little girl,” he wrote on Facebook.

Although Marian shown bright in her photo shoot, her confidence wasn’t always sky-high. After the incident at school she felt that she lost a part of herself, so her parents removed her from the school.

“Confidence is a process especially when you are rebuilding someone’s confidence, especially a child because they are so fragile, so we want to make sure that she feels great that day, but also going forward that it’s ongoing and she still feels that support,” Horton said.

With a new school and a new, positive attitude, Marian is ready to conquer the world.

“Thank you,” she said. “I appreciate it and I love the support.”

What a beautiful, little girl. You can definitely see her confidence in these photos. My wish for her is to continue to shine and bring light wherever she walks.