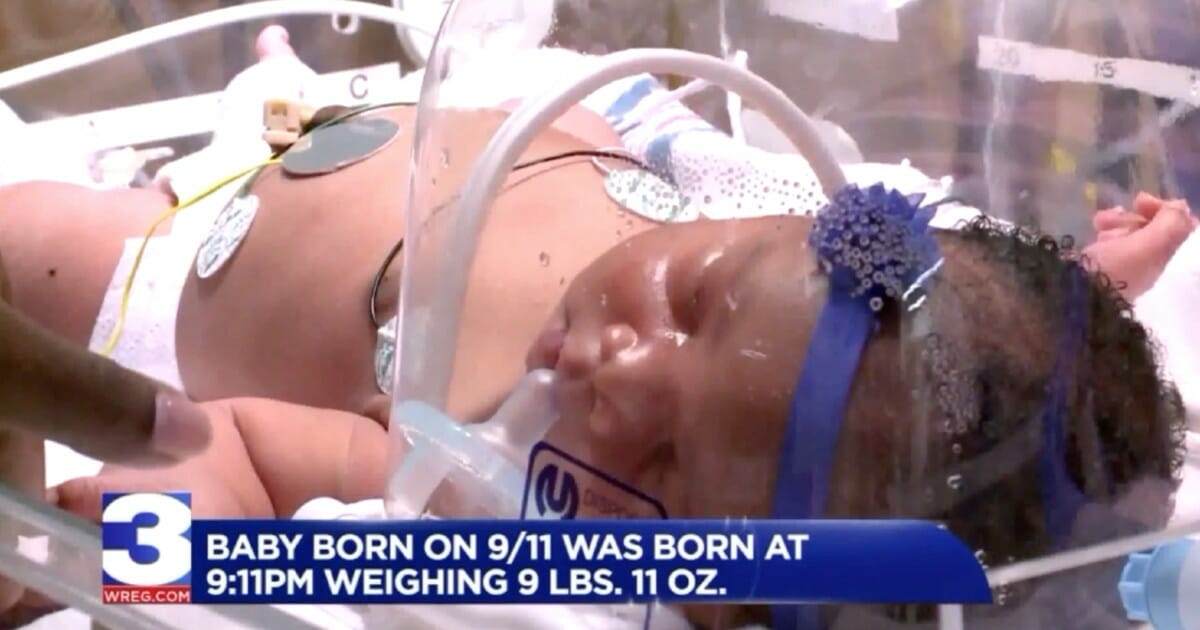 September 11 is a solemn day where we remember those who were killed in the horrific terrorist attacks that took place 18 years ago. Even though life moves on, there seems to be little worth celebrating each September 11th.

However, for at least one couple, the date so many associate with tragedy will forever hold a special place in their heart.

On the day everyone paused to remember the nearly 3,000 people who were killed and those we have since lost, Cametrione Brown was scheduled for a C-section.

Cametrione was in the delivery room at Methodist Le Bonheur Germantown Hospital in Memphis, Tennessee around 8:55 p.m. and within 15 minutes, Christina Brown was born. The time was 9:11 p.m. 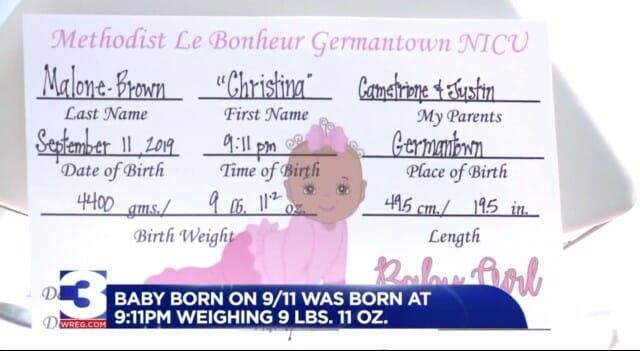 “Time was just rollin then all of a sudden we heard the ‘wah!’ and next thing you know they called it 9/11 and then they got on the table and all of a sudden, ‘oh my gosh! She weighs 9/11!’” Justin said. 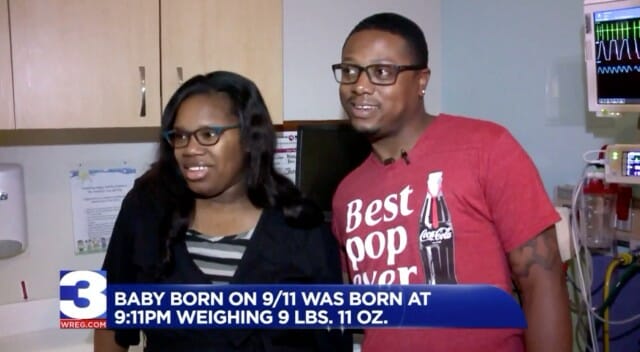 No one could believe it, not even the doctor.

“Oh I’ve never seen it in 38 years. It’s very rare but very special. It just makes her an even more special little girl than she is,” parent care coordinator Rachel Laughlin said.

Cametrione and Justin, who were only teenagers in 2001, find the coincidence “weird” and “crazy,” but are happy to bring some joy to an otherwise somber day.

“On that day 9/11 you know you find triumph, you find a piece of joy from a day that’s so drastic and still hurts,” Cametrione said.

According to WKRN, Christina had to stay in the NICU to receive oxygen for “minor lung issues,” but once she completes her treatment she will be OK.

What a coincidence. Christina is such a blessing.