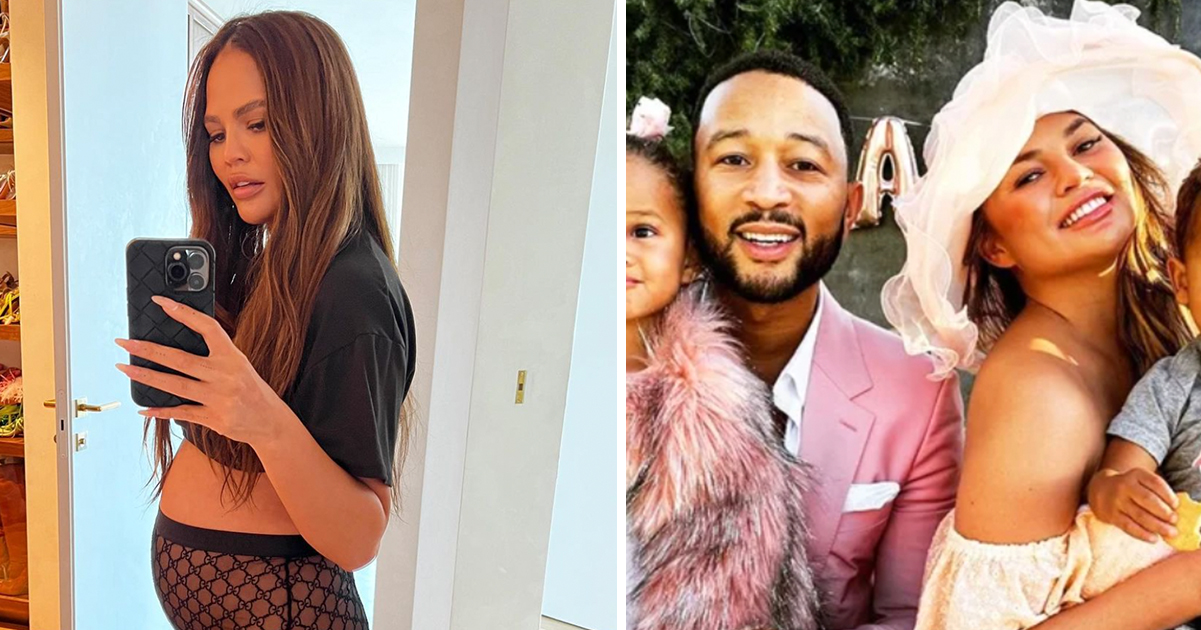 Chrissy Teigen and John Legend announced the safe arrival of their newborn baby on Friday, prompting messages of congratulations and love from people all over the world.

The superstar couple experienced heartbreak in September 2020 when they lost their son, Jack, at 20 weeks gestation. Already parents to a 6-year-old daughter, Luna, and a 4-year-old son, Jack, they welcomed their latest child last week, and they couldn’t happier.

43-year-old John broke the news at a private concert on Friday night, telling the audience that he had become a father again earlier that same day.

When first announcing her pregnancy, Chrissy, 36, admitted to being filled with doubts and worries since losing her son, Jack, in 2020.

Captioning a picture of her growing baby bump, the model wrote: “The last few years have been a blur of emotions to say the least, but joy has filled our home and hearts again.1 billion shots later (in the leg lately, as u can see!) we have another on the way.

Every appointment I’ve said to myself, ‘OK, if it’s healthy today I’ll announce’ but then I breathe a sigh of relief to hear a heartbeat and decide I’m just too nervous still. I don’t think I’ll ever walk out of an appointment with more excitement than nerves but so far, everything is perfect and beautiful and I’m feeling hopeful and amazing.”

As per People magazine, “All of Me” singer John revealed to concertgoers on Friday that his wife gave birth to “the little baby this morning” — adding that he “didn’t get a lot of sleep” but still felt “energized” after spending “a lot of time” in the hospital.

“What a blessed day,” he added.

Speaking to ET after announcing her pregnancy, Teigen took the time to describe juste how her older children are reacting to the news.

“[Lune’s] so nurturing and loving,” she said at the time.

We’re so happy for Chrissy and John after all they’ve gone through.