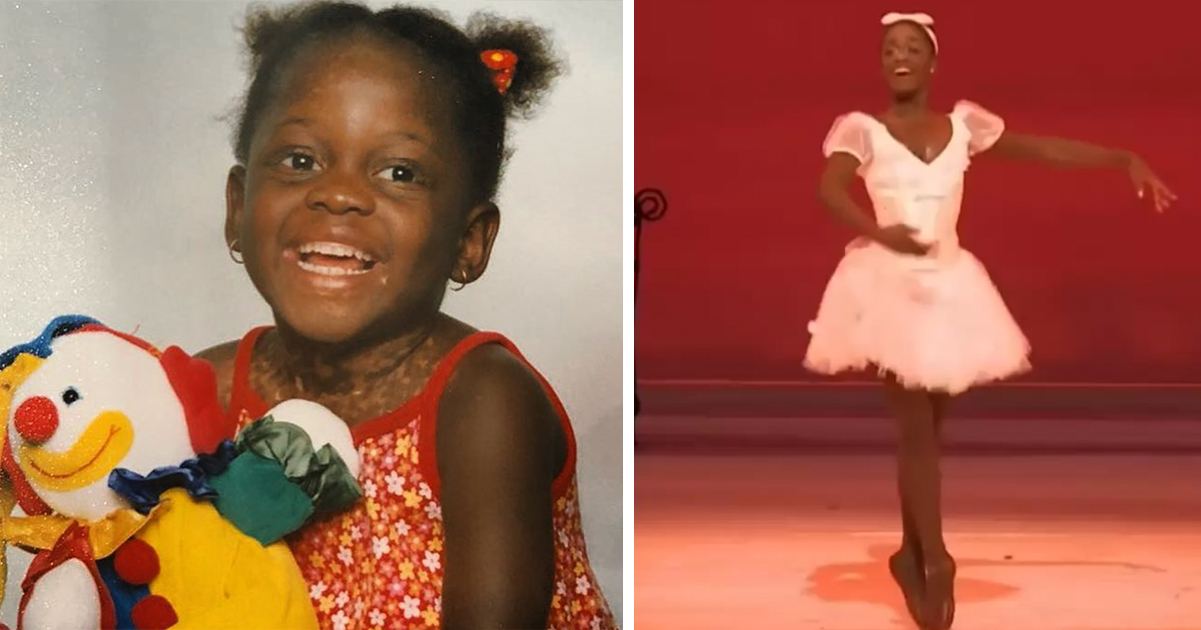 I have many fond memories from my younger youth. My childhood, like that of so many others, was filled with love and care, and as a result I was able to grow up safe in the knowledge that I had the support I needed to flourish.

Sadly, there are all too many children who never get to experience something as simple as the love of a parent.

Michaela DePrince was born in Sierra Leone as Mabinty Bangura, but lost both her mother and father when the country was beset by civil war.

With nowhere else to go, Michaela found herself sent to an orphanage where she soon became an outcast. You see, Michaela, though a happy, healthy young girl, no different to any other child, suffered from a skin condition that made her stand out.

According to reports, she was even labeled the “least likeable” child at the orphanage where she lived … by the very women who ran it.

Michaele lives with vitiligo, a condition characterized in the main by patches of skin void of pigmentation. Though perfectly normal in every other way, the young girl found herself targeted because of her appearance, leading to her being ranked 27th of all the children by the very people who should have been taking care of her. She was even labeled “Number 27”.

Simply put, this meant that she was forced to the bottom of a literal pecking order.

Through no fault of her own, Michaela had to accept being behind the other kids at the orphanage; she had last dibs on everything from food to clothing, and the hopes of her being adopted by a new family were significantly reduced as a result.

Yet it is so often when we’re facing our toughest adversities that our courage and will show through, and Michaele is nothing if not brave and determined.

At the orphanage, she befriended another young girl who had the same birth name as she did: Mabinty. Her new friend’s own adoption prospects were almost as bleak as hers – she was only one place above Michaela on the aforementioned “list”, sitting at number 26th.

The two girls quickly bonded, together dreaming of a future wherein they both found forever homes that would give them a family and a loving home.

Michaele dreamed of other things, too. When a rogue wind blew a magazine page through the orphanage gates one day, she glimpsed a picture of a ballerina, and suddenly she had something to aim for.

Speaking to TODAY, Michaele explained: “It was not just the fact that she’s a ballerina. It’s that she looks happy. And I wanted to be happy.”

The little girl had every reason to give up on life – after all, she’d suffered hardship after hardship until that point – but fate, it seems, had other plans.

A woman from New Jersey, Elaine DePrince, had longed to adopt, and her journey towards welcoming a vulnerable child into her own home led her to the orphanage in Sierra Leone.

Ultimately, Elaine adopted a child named “Mabinty”, only for the orphanage to ask her which one, as there were two. After some digging, Elaine discovered that a total of 12 families had turned down Michaela because of her vitiligo.

Heartbroken, she then did something that would change the course of Michaela’s life, as well as remind her that there is yet good in the world: Elaine adopted both Mabintys.

It was then that Michaela took on her current name, after Elaine’s late adopted son, Michael.

Michaela showed her new mom an image of a ballerina, explaining that her dream was to dance, and more importantly, to be happy, as they seemed to be.

Elaine was inspired, and made Michaela a promise to give her every chance of becoming a ballerina.

Now, as one can imagine, Michaela’s new life in the US wasn’t all sunshine and roses from the beginning. But with Elaine’s support, she was able to overcome the many obstacles in front of her and adapt to a new country.

At 17, Michaela became the youngest ballerina in the Dance Theater of Harlem, and from there, the only way was up.

“I want young black girls to have more dancers to look up to,” she said.

“I want to be able to spread more poppies in a field of daffodils.”

See more about Michaela DePrince’s remarkable journey in the video below:

This story simply moved me to tears, not only because of the hardships Michaela faced, but because of how she overcame them, refusing to let them define her.

Please, share this article if you, too, thought it was an inspirational story of overcoming adversity.