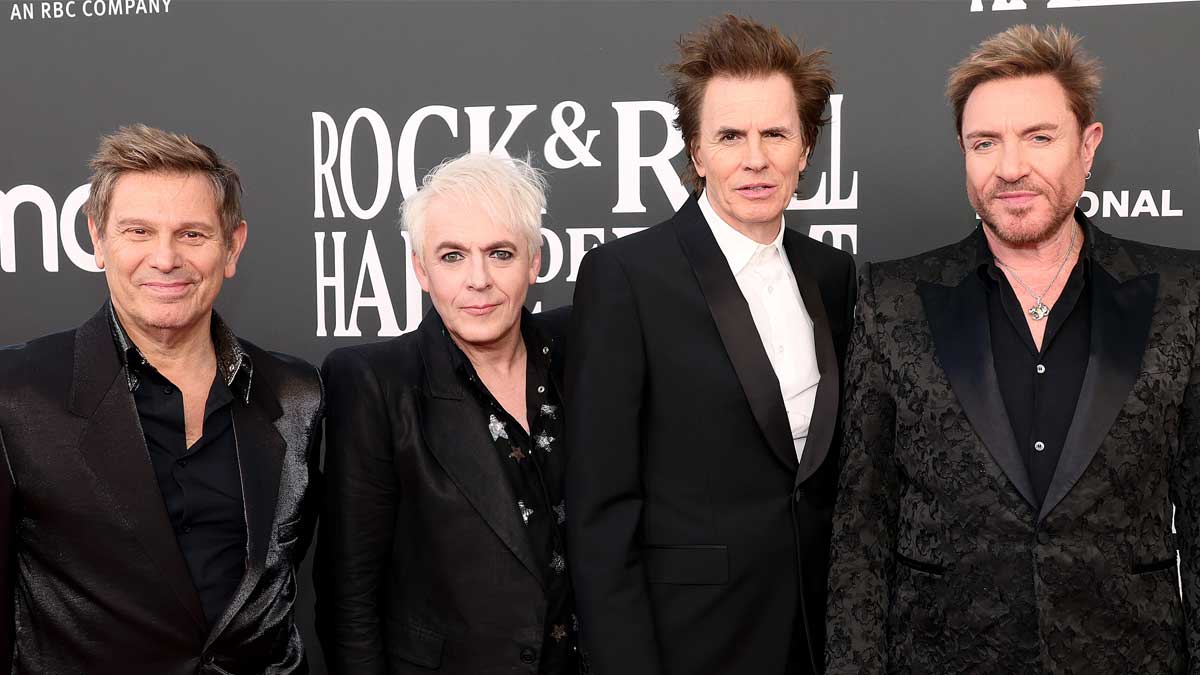 When Duran Duran was inducted into the Rock & Roll Hall of Fame Saturday night, one person was missing: guitarist Andy Taylor.

After the group opened the ceremony with a medley of their hit songs, vocalist Simon Le Bon read a portion of an emotional letter written by the former member.

“Just over 4-years ago I was diagnosed with stage 4 metastatic prostate cancer,” the 61-year-old wrote. “Many families have experienced the slow burn of this disease and of course we are no different; so I speak from the perspective of a family-man but with profound humility to the band, the greatest fans a group could have and this exceptional accolade”

Taylor went on to explain the reason for his absence from the ceremony.

I have the Rodgers and Edwards of doctors and medical treatment that until very recently allowed me to just rock on. Although my current condition is not immediately life threatening there is no cure. Recently I was doing okay after some very sophisticated life extending treatment, that was until a week or so ago when I suffered a setback, and despite the exceptional efforts of my team, I had to be honest in that both physically and mentally, I would be pushing my boundaries.

Andy Taylor joined the new wave English band in 1980, only to depart six years later in 1986 to pursue a solo career.

He was a member of Duran Duran during the height of their commercial success in the 1980s, during the so-called Second British Invastion.

Andy, along with drummer Roger Taylor (no relation) left the group in 1986 before they recorded their fourth album. In 2001, the original group – Simon Le Bon, Nick Rhodes, John Taylor, Roger Taylor, and Andy Taylor –reunited and recorded a new album.

Once again the band experienced great success, but in 2006 Andy left.

In his letter, which can be read in full on Duran Duran’s website, Andy expressed his sadness about not being able to attend the ceremony.

“I’m truly sorry and massively disappointed I couldn’t make it. Let there be no doubt I was stoked about the whole thing, even bought a new guitar with the essential whammy!”

He also added that his health should not “detract from what this band (with or without me) has achieved and sustained for 44 years.”

“I’m so very proud of these four brothers; I’m amazed at their durability, and I’m overjoyed at accepting this award. I often doubted the day would come. I’m sure as hell glad I’m around to see the day.”

Cancer is a horrible disease that affects millions of people around the world. Every day I pray for a cure.