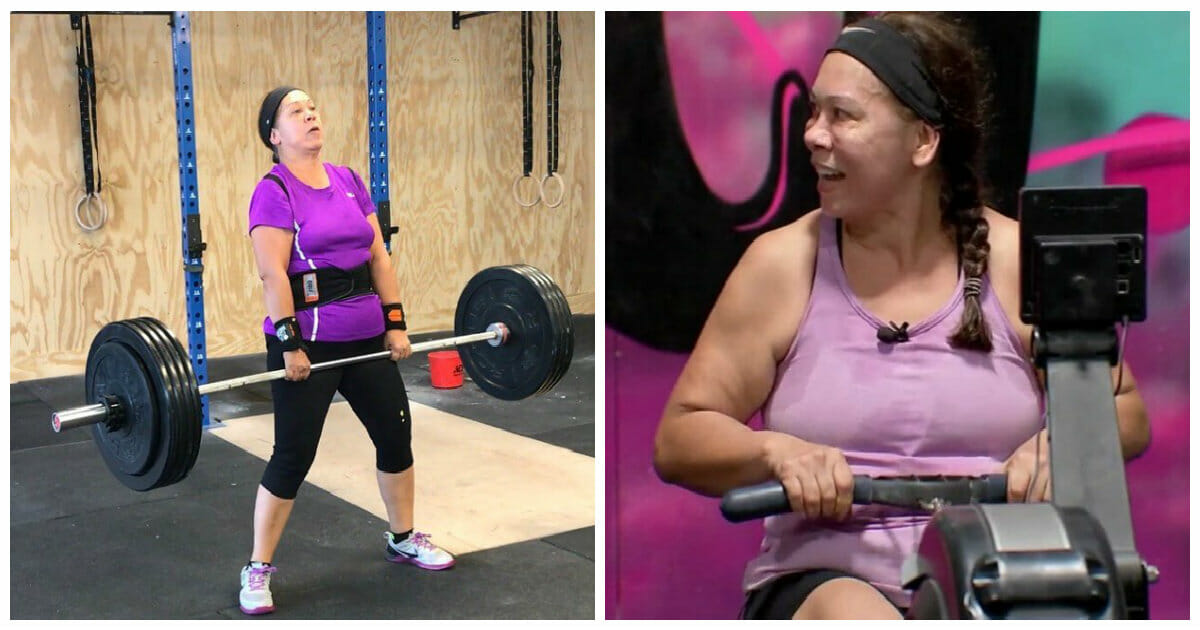 Staying in shape is hard, especially when you get older. Not only is your body not quite what it used to be, but it can be intimidating going to the gym and trying to keep up with all the younger, more in-shape patrons. Many people simply give up all together.

But one woman is proving that you can’t let any excuses hold you back from being your best self: a great-grandmother who turned her life around doing CrossFit.

Rosa Rodriguez is a 60-year-old from Friendswood, Texas. Three years ago, she decided she wanted to get in shape. She weighed 210 pounds and took pills for her cholesterol and blood pressure.

In an effort to get healthy, she joined a local program called Beast Mode CrossFit.

At the time, the Rosa was intimidated by the large weight sizes.

However, she didn’t give up. She kept at it, and gradually got better at the program.

Rosa is part of a training group led by Andrew Resendez, who trains people of all ages.

“It’s all mental, you get going and you think, ‘Wow, this is a lot worse than it looks,'” Resendez said. “When you’re halfway through it, you think, ‘I’ve already gotten through the worst part: starting.'”

He says that despite her age, Rosa fits in well with the group and inspires other athletes: “She was just like [a] mom or grandma to a lot of us right there.”

Now, Rosa is looking and feeling like a whole new person. She now weighs 139 pounds—70 pounds lighter than she was at the start—and no longer needs pills for her cholesterol or blood pressure.

With her new healthy self, Rosa plans on living for a long time… and she has a lot to live for. Not only is she a grandmother of 12, she recently got her first great-grandchild.

Her family is proud of her progress: “They say, ‘Grandma look at you! You’re skinny now!'”

Now, she has some words of advice for anyone who has been putting off the gym: if she can do it, so can you.

“Hey ladies, get off the couch,” Rosa said. “Stop watching TV. Stop drinking coffee all the time. Please get up. You don’t have to be young.”

What an inspiration! Rosa has inspired us to hit the gym—if a great-grandmother can lift weights, so can we.