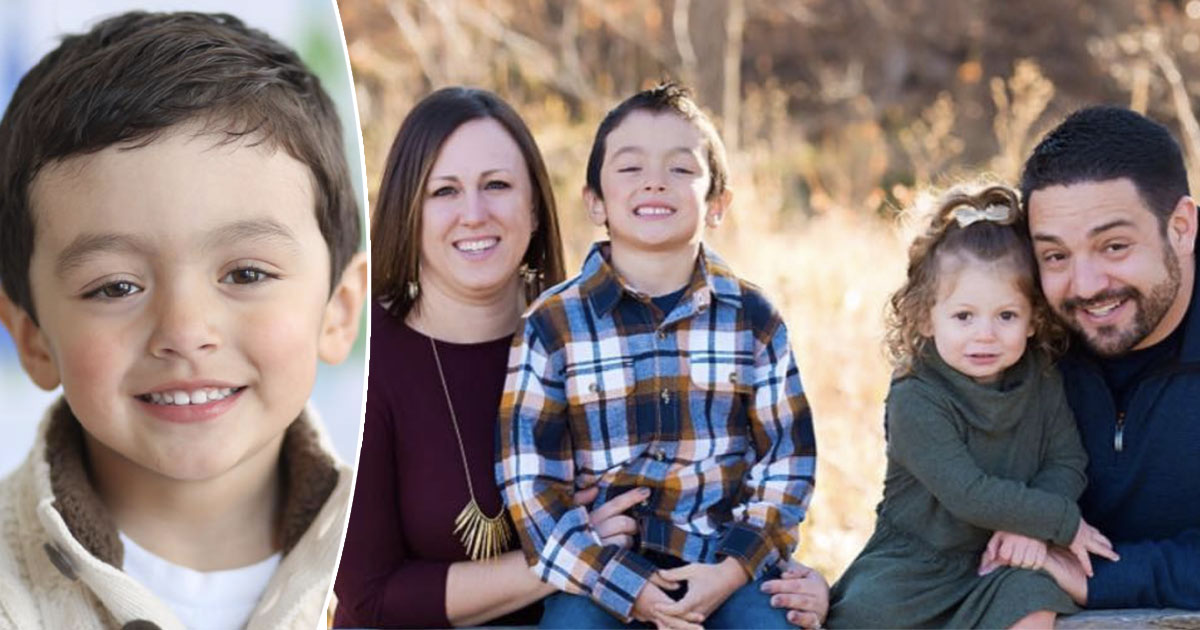 As your children grow older, it is only natural to give them some more freedom and responsibility. No parent expects the worse to befall them after making a decision after they allow their children to venture out into the world alone.

10-year-old Austin Lobato was loved by his family and friends. The young boy lived with his parents Jenni and Chad Lobato, and his younger sister, Ashlyn. Together, the four of them made a very happy family.

Those who remember the little boy, recall his kind eyes and ever-present smile. They say the little boy was always in a good mood and there was never a dull moment around him.

The little boy was full of life and loved by his friends and family alike, who always appreciated his presence. Lobato loved pizza and playing the game Fortnite according to his family. He was a wonderful friend to all and a great older brother to his sister Ashlyn.

On Saturday, September 17, 2022, the little boy went over to a friend’s house and was supposed to have dinner there too. The friend lived only two blocks from their house so his parents did not think much of it.

Around  7:30 p.m. on Saturday their little boy called to inform them that he would be making his way back home from his friend’s house on his e-scooter. They had asked him to call before he left his friend’s home.

They recall the last time they talked to their little boy, he said to them, “Mom, Dad, I’m leaving. I’ll be home soon.” They expected he would turn up at the door any minute but kept waiting which seemed strange to them.

Then all of a sudden, they heard police sirens. The couple immediately felt uneasy because sirens in their part of town were a rarity. At the sound of the sirens getting louder, Jenni ran out and encountered her worst nightmare.

She saw paramedics working to revive her son’s body with CPR and then loading him into the back of an ambulance.

Officials later revealed that the little boy was crossing the crosswalk near W. 93rd Drive and Candelas Parkway when a speeding car crashed into him.

Little Austin tried to hold on but the injuries were too severe for him to survive. He passed away the next day Sunday, September 18.

His family is completely devastated at the loss. And now the community is questioning the safety of the intersection the little boy lost his life on.

The Arvada police are investigating the crash and have said the driver who crashed into young Austin was not hurt and is cooperating with the investigation that is underway. The exact cause of the accident has still not been determined.

Residents of the area are now worried about the intersection more than ever before. Local Eric Brickle has been riding his bike around the area for a decade and said about that particular intersection, “It is just, it’s fast. And it’s the one spot where I’m really super careful on my bike.”

The Three Creeks Elementary School Austin attended is devastated at the loss of their pupil. Principal Megan Madsen described the young boy as a “beloved student and friend.”

She further said, “Austin was [well-liked] by his classmates and our entire staff. This tragedy has shaken our Three Creeks community and we know that this loss is deeply impacting many students and families.”

Friends, family, and even strangers are now leaving flowers, toys, and notes at the site of the accident in a makeshift memorial for young Austin.

Austin’s parents are understandably devastated. His father, Chad Lobato was in tears as he talked about his boy. He said, “There was a post I saw this morning that said, ‘We need to work on the crosswalk and get more awareness and lights.’ And they wanted [to start] a hashtag ‘Austin Lights.’ As much as I don’t want my son to be a hashtag, there has got to be [no other parents] who have to go through this, please.”

The family set up a GoFundMe page to help raise money to pay for Austin’s funeral and memorial. They also plan to create a memorial fund in his name.

Chad also had a message for everyone, he advised, “they need to hold their loved ones, they need to tell them ‘I love you.’ You never know when the last one is the last one.”

What a heartbreaking tragedy for this family to have experienced. Our thoughts and prayers are with them during this difficult time.