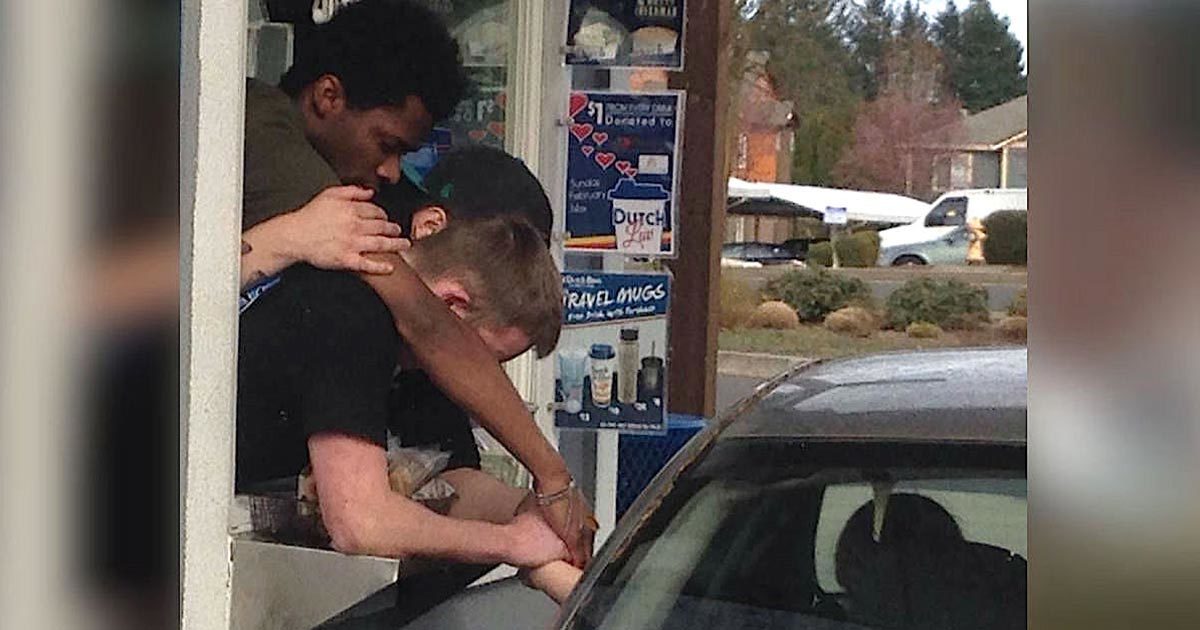 It was a day like any other for Barbara. She did the same as she did every morning – drove to Dutch Bros. Drive-thru in Vancouver to pick up her morning coffee. But something was not quite right that day. The queue took an incredibly long time and her turn took forever to come. The driver in front of her wasn’t moving an inch. She noted that the employees at the window talking to the woman were suddenly joined by two more staff. When it was finally her turn, she finally understood why it had taken so long – and it moved her deeply.

The reason all the staff gathered in the window was because of something the woman in the car had recently gone through.

When Barbara arrived to make her order, she asked what was going on. Here’s how she later described the incident on Facebook.

“Snapped this picture while waiting in line at the Dutch Bros on 138th Avenue today.”

“Turns out the young lady in line ahead of us lost her 37-year-old husband last night.”

”When the DB guys & gals noticed she was falling apart, they stopped everything and prayed with her for several minutes, invited her to come back for prayer and support, as well as anything else that she might need.

Prayers for the young family, and you know where to stop for coffee!”

It’s hard not to be moved by this beautiful story which took place at an ordinary fast food restaurant’s drive-thru. Although her husband is never coming back, it touched me to read about the warmth and compassion that the staff showed a complete stranger.

Remember, no one can do everything, but everyone can do something.

If this hit you in the chest as it did to me, feel free to share the story for even more people to be touched.