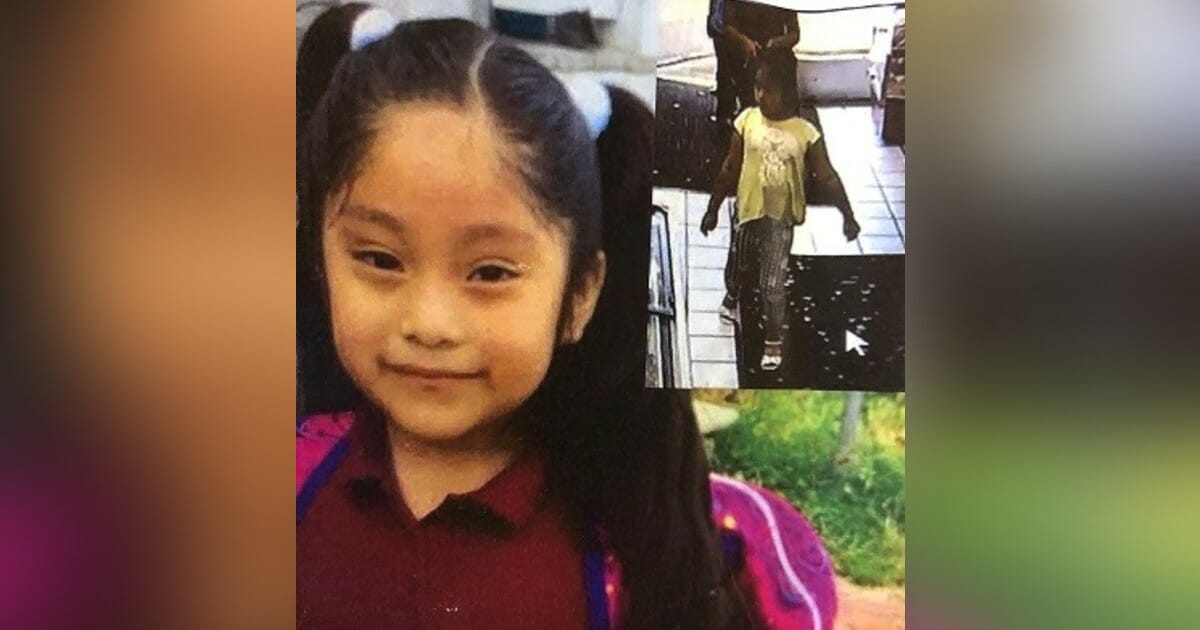 Police in New Jersey are currently looking for a five-year-old girl who went missing Monday evening while playing with her three-year-old brother at a park in Bridgeton, New Jersey.

An Amber Alert was issued for Dulce Maria Alavez on Tuesday night.

On Monday, Dulce’s mother, Noema Alavez, 19, drove her children and an eight-year-old relative to a local park around 4 p.m. Dulce and her brother ran outside, while Noema and her relative stayed in the vehicle. After only a few minutes the three-year-old returned to the vehicle crying.

According to Bridgeton Police Chief Michael Gaimari, the boy pointed to an area where Dulce was last seen. Noema looked for 15 minutes before calling her brother for help. The two spent some time searching themselves before calling police shortly before 5 p.m.

Initially police called Dulce’s disappearance a missing child case, but on Tuesday after interviewing and re-interviewing witnesseses, they ruled it an abduction and issued an Amber Alert.

While Noema has pleaded for the return of her daughter, she said that police believe a family member is responsible for her disappearance.

“The police think our family did this,” she told NJ Advance Media. “They think I did something to her. I didn’t. I love my daughter. I would never do nothing bad to her.”

As of Wednesday afternoon, police said they have obtained surveillance video that might show that van in question. Although they still do not know where Dulce is located.

Please spread this little girl’s picture on Facebook. Someone knows her whereabouts.

She needs to come home.