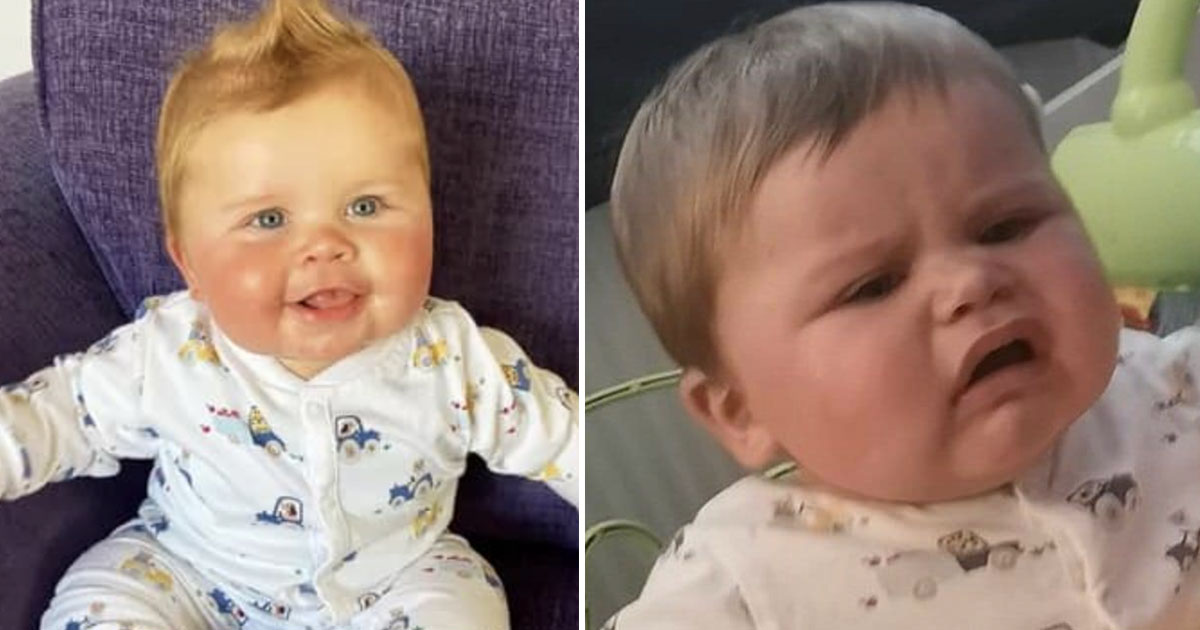 The system was built to help people but unfortunately, it might also be flawed in some ways. This mother suffered through her worst nightmare because of what the state deemed right for her…

Laura Corkill who belongs to Whitehaven in Cumbria County has dealt with a lot of adversity in her life. But when she had her third child, she went through a parent’s worst nightmare.

In 2019, she gave birth to her son Leiland-James Michael Corkill. Her third child and she was determined to keep him in her custody after having lost her older two children to the state.

Her pregnancies or motherhood were not ideal by any standards. Laura was stuck in an abusive relationship which took a toll on her both physically and emotionally.

When she finally gathered the strength to report her abuser, it backfired on her. The authorities also took her older two children, which almost caused her to have a mental breakdown. As she recalls the incident, she says, “What they didn’t realize was that I may have been the victim, but I was also the protector of my older children.”

When she became pregnant for the third time, she thought it would help her turn a new leaf. She wanted to make sure she kept her third child with her.

“I wanted to do anything and everything possible, to make sure social services didn’t get their hands on this one. I was on cloud nine. I heard nothing from social services until 22 weeks,” she recalls.

Child services, however, wanted to conduct an assessment of whether she was ready. Lauren said the first social worker she had met was vastly impressed by her. She was impressed with her home and the progress Lauren had made in the time from her last evaluation.

Lauren was confident that she would welcome a new baby into a happy home and went about buying items she needed like a cot and also designed a cute nursery for her child.

A second evaluation by social services took place. Lauren was asked to take several parenting assessment courses. She ended up passing all of them but her child was still taken away from her as she was deemed unable to provide all the support her baby would need.

Little Leiland-James Michael Corkill was born through an emergency C-section right before the December holiday season. Lauren remembers her baby well, saying, “I remember his big bright eyes. I was happy, full of joy. I was looking forward to bringing my baby home.”

Her excitement at being a mother again, however, was short-lived as she learned social workers had taken her baby away. It hadn’t even been 48 hours when social workers took the baby from West Cumberland Hospital.

Lauren confronted the social workers responsible for removing the child from her care. She was told relevant paperwork had been sent to her lawyer to alert them of this but she said they had received no such paperwork.

They claimed that the paperwork had been sent to Leiland-James’s biological mother but she denied this as well.

A group of women from an organization titled Women Out West, agreed with Lauren on her claims since they said that the social workers would not corporate when they tried to step in as well.

The child was kept with foster parents, and Lauren while grateful for the fact that he was being cared for was upset nonetheless. She “was still expecting him to come home.” She would meet him once a week at a council-run center.

“The contact meant the world to me. I even asked for them to extend it to about two hours. They wouldn’t do it. I didn’t trust them [the social workers], but I was willing to co-operate to get Leiland back,” she said.

She kept demanding to have her child back but was met with resistance. The Cumbria County Council placed Leiland-James for adoption which devastated Lauren. The council claimed she had been informed of this decision but she denied any such information being given to her.

She wanted to meet Laura and Scott Castle, her son’s foster parents who were going to be adopting him but was met with resistance yet again. The council claimed that they were innocent as the other party was not willing to meet with her.

Lauren was not ready to buy that excuse and was confused as to why the couple would refuse to meet her repeatedly, then she thought, ‘He’s getting abused.’

In January 2021, Leiland-James was rushed to the hospital by his temporary adoptive parent, Laura Castle. She had called emergency services claiming he had been unresponsive.

The adoptive parents insisted the child had hit his head after falling off of a sofa. However, even after being hospitalized, it was a full 24 hours later that Lauren was informed about the situation and told her son was admitted to Alder Hey Children’s Hospital in Liverpool.

The council was supposed to send a taxi to help her see her son but it never arrived. However, the women from Women Out West came through and helped arrange transport for her to go see her baby.

When she got to the hospital she found out her baby had already died. Lauren was heartbroken and told staff, “I said whoever had him had killed him. The surgeon told me ‘we had suspicions of this and it went into investigation as soon as Leiland-James went into the hospital.'”

After the investigation, it was believed that the adoptive mother was physically abusive towards the child. Text messages between her and her husband showed they referred to Leiland-James with insulting names.

The council claimed that a Child Looked After Review had taken place and Castle’s request for permanent adoption was going to be declined however she had become aware of it and was unwilling to give the baby up claiming attachment to him.

In May 2021, Castle was sentenced to 18 years in jail and her husband was acquitted of the charges of allowing the death of a toddler.

Lauren has no sympathy for the council or the couple. She has a lot of questions and is angry, as she should be. She says, “Why did they place him there? Why did it take them so long to pick up on it? They should have canceled the adoption order.”

After the death, the council still tried to take control of the situation and wanted to have the remains of Leiland-James cremated while they also wrote his eulogy. However, this time Lauren fought back even harder. She said, “They tried to control me 100%, but it didn’t work. They tried to make me forget I was a mother, but no one can take that away from me.”

This case is incredibly heartbreaking and highlights the flaws that the system has which often allow for people to fall through the cracks and end up in terrible situations.

We are sending Lauren Corkill a lot of love and hope she heals from this traumatic situation.