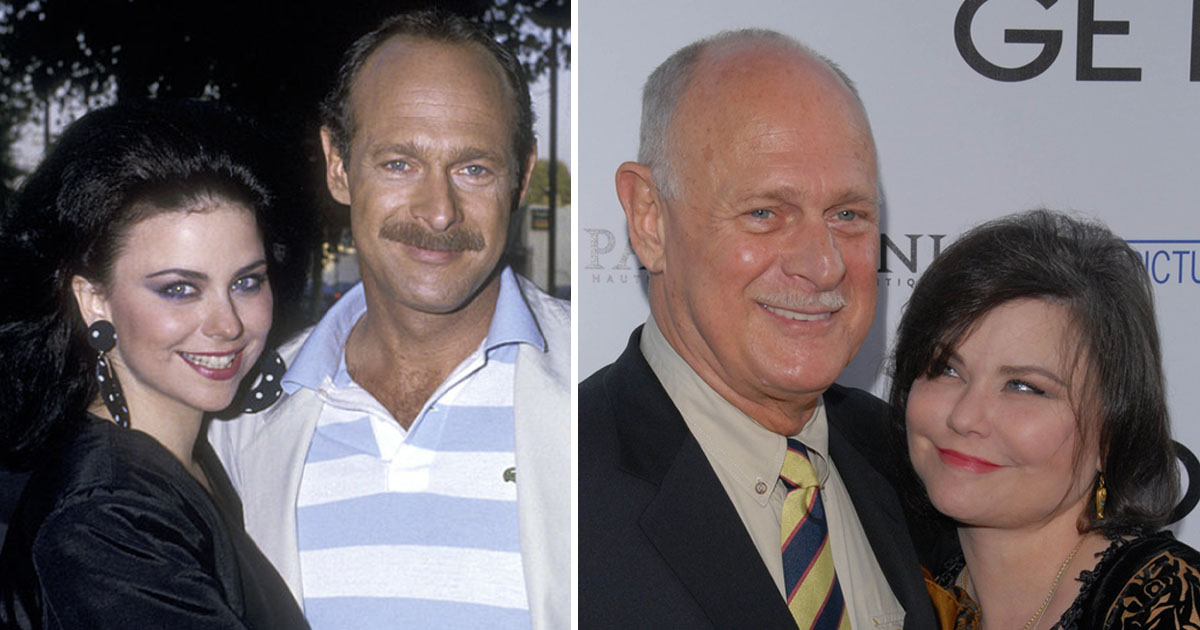 A good marriage can survive anything. These days you sometimes see people taking their marital vows for granted and now abiding by them. However, Delta Burke and Gerald McRaney are two people who have kept their vows for over 3 decades.

When Gerald McRaney met actress Delta Burke, he knew he wanted to ask her out. But he was also acutely aware of his competition because of so many men being interested in her.

He recalls the time he asked her out, saying, “I wasn’t going to let her get away. I already had competition. There were people asking her out on dates, and I was going to move in right away.”

It was an immediate connection and McRaney knew she was the girl for him. On their second date, he asked her to marry him. But it was two years later in 1989 that the couple made things official. While it was not as fast as McRaney would have wanted, he was happy that he had got the girl of his dreams!

While it was Burke’s first marriage, this was McRaney’s third time! But this time, he was determined to make it last.

While the couple was madly in love, there were some people who thought their marriage wasn’t a good idea. Namely, some of McRaney’s friends warned him against him. But he dismissed all those reasons every single time. He remembers saying, “Why not? They’re the only people who understand this insanity. And she does. If I’m on location, and I don’t call her until 2 o’clock in the morning, no big deal. She knows.”

Since both of them worked in the entertainment industry, they knew what each other dealt with. They could hence offer advice and help to one another about any issues they might encounter.

They are also one another’s biggest supporters when they achieve something. When McRaney won a Primetime Emmy award for his performance in “This Is Us,” Burke happened to be his biggest cheerleader. She stood in the audience, with tears in her eyes, cheering on her beloved husband.

McRaney said in his years as an actor, he has gotten a lot of feedback but Burke is who he takes seriously. If she tells him a performance is good or needs work; he knows shes being honest.

It was in 1998 that the foundation of their marriage was tested. Burke lost her grandmother, and soon after her mother was diagnosed with breast cancer. She was also on a hiatus from her acting career after she had a falling out with her show producers on “Designing Women.”

Fans started to notice that the actress was gaining weight while she appeared on the show. It turned out she had been struggling with hypoglycemia which caused an increase in her weight.

She constantly battled with her weight. The ineffective treatment of hypoglycemia combined with dieting eventually caused type 2 diabetes. She had a hard time even getting a diagnosis, going from doctor to doctor. Burke recalls, “I was on the road a lot. I was tired. My body didn’t feel right. I knew something was wrong, but nobody could tell me what,” Burke said. “They said I had Epstein-Barr. I knew it was something else. Then one doctor did the right tests and told me I had diabetes.”

She was also caring for her mother at the time and giving little attention to her own needs. While she was taking medication for her condition, her doctor warned her to improve her diet or she would be needing insulin therapy.

After a long struggle, her mother finally recovered. Burke applauded her husband for how he stood by her and made sure she took her medication and always took care of her. In 2004, McRaney fought lung cancer successfully as well.

She uses insulin now and credits McRaney for helping take care of her, including helping out with insulin shots. She said, “He loved me when I got as big as a house… He has loved me through my up times and my down times. He still thinks my body looks great, and I can certifiably tell you it does not!”

The couple stays active and takes care of their health together. Burke reveals she is finally in a good place with her health!

Delta Burke currently has no plans of returning to acting. Her husband McRaney doesn’t think she will return to acting either but also added that he would love to have the opportunity to work with her again!

While McRaney does not intend on retiring, the couple has bought a home in central Florida and plan on moving there soon. They have no children together but spent their life raising McRaney’s three kids from a previous marriage.

The couple has shown Hollywood and the world what it means to honor your wedding vows. We are sending them all the love and well wishes in the world.