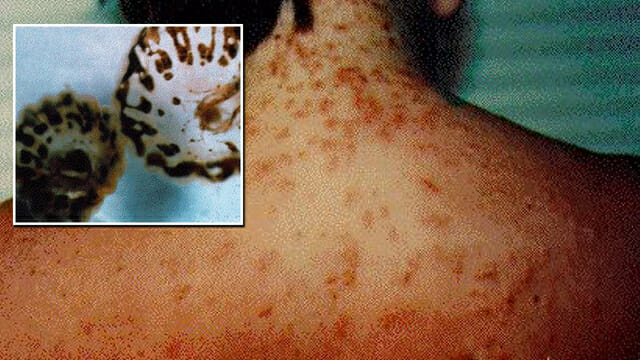 Lifeguards of the Pensacola Beach in Florida, US, have posted purple flags along their beaches in an attempt to warn bathers as attacks from so called ‘sea lice’ increase.

As per Fox, the purple flags are used to indicate the presence of potentially dangerous aquatic life. Sea lice are actually a form of tiny jellyfish, but according to reports they can be a plague depending on the location and time of year.

The Florida Department of Health say that sea lice, sometimes known as seabathers, are a microscopic form of jellyfish called thimble jellyfish.

It’s said they can be prevalent between March and August at 250 miles of Florida beaches, ranging from the southern Atlantic all the way up to the Panhandle.

Stings from sea lice result in an itchy, sometimes painful, red rash, known as dermatitis. The rash consists of red, itchy or painful lumps that can appear within four to 24 hours after contact in the water. People who are stung should apparently feel a “prickling” sensation whilst in the ocean.

It’s advised that anyone who feels they’ve been exposed to sea lice should seek medical professionals, whilst over-the-counter remedies are available.

It’s important that we spread this warning so people know what the purple flags are and what risks they may be subjecting themselves too. Help us by SHARING this with your family and friends on Facebook.