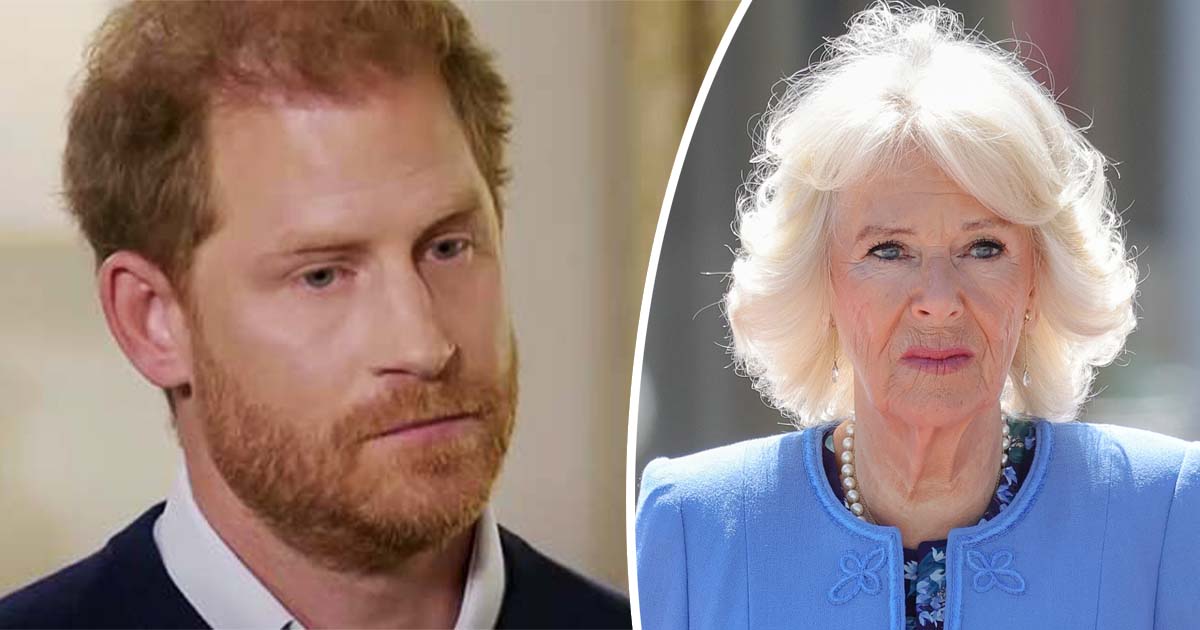 Prince Harry and his brother, Prince William, had a privileged upbringing, but it was also a very tough one, not least because they lost their beloved mother, Princess Diana, when they were both very young.

By that time, their father, then-Prince Charles, had engaged in an affair with Camilla Parker Bowles. Later, the two married – Camilla is set to become Queen in May.

It’s safe to say that Camilla and Harry have not been the best of friends over the years. Their reported feud goes back decades, and though Harry and his wife Meghan have left royal life, it appears he still has plenty of strong opinions on his stepmother.

In an interview with 60 Minutes, Harry has lashed out at Camilla, accusing her of leaking stories about his family to the British media, among other things.

These days Camilla’s reputation with the British public has now greatly improved, but the reality is that her entrance into the Royal Family was more than just a tad controversial.

When news of her affair with Charles broke, it didn’t take long before a veritable media storm developed.

According to Prince Charles’ authorized biography, as quoted by Town & Country, their affair started in 1986. Charles was still married to Princess Diana then, and she found out about it.

“I know what’s going on between you and Charles and I just want you to know that,” Camilla recalled Diana saying.

The public had a hard time accepting that Charles and Diana had divorced. Another person reportedly felt the same way as Queen Elizabeth herself.

In 2018, investigative author and journalist Tom Bower claimed that, at first, the Queen didn’t want any interaction with Camilla.

Prince Charles and Camilla continued steadily building their image as a couple. The now-Queen Consort even met Prince William in 1998 and, of course, Prince Harry too.

Camilla and Harry’s relationship has had its fair share of drama, and things reportedly remain strenuous today. With the release of his memoir, Spare, Harry has made that clear beyond all doubt.

Prince Harry was about to turn 14 when his mother, Princess Diana, passed away in Paris. He and William had to walk behind her coffin as she was laid to rest, a decision they criticized later on in life.

With her passing, the brothers were left without a loving mother who had always made sure to raise them just like normal children. They got a stepmother in Camilla, though she and Harry clashed.

Harry, of course, missed his mother dearly. When he met Camilla for the first time, it was said to have been “awkward and tense.”

“I think the relationship between them all is warm now but if I’m honest, it wasn’t then. I think they found it hard,” a palace source told royal biographer Penny Junor, author of Prince William: Born to be King.

“To be fair to Camilla, she never tried to be mummy but she was the ‘other woman’ and she was there and taking daddy’s time.”

At the same time, other royal experts also paint a picture of Harry and Camila not getting along initially.

“When the younger boy was eventually prevailed upon to be in the presence of Mrs Parker Bowles, he unnerved her with long silences and smouldering, resentful stares,” she quoted a courtier saying.

Moreover – when it was announced that Camilla was to become Queen Consort – Brown claimed that Harry wouldn’t accept it.

“William has accepted Camilla in terms of what she means to his father. He’s been grown-up about it.

“Harry, on the other hand, can’t stand Camilla, he doesn’t want Camilla to be Queen, he’s very angry that it’s happening. He has not made his peace with it, and he probably never will.”

Harry and Camilla’s relationship has undoubtedly had its ups and downs. In 2005, when he turned 21, he said that he and his brother William “loved her to bits” and thanked her for making his father, King Charles, very happy.

At the same time, however, tensions between them have continuously resided. As a friend of the brothers once said, they have never been incredibly close to her.

When Harry and Meghan left the UK, relationships between them and the Royal Family grew strained. Camilla, of course, is among those who have reason to have disliked the couple’s candid approach – some have worried that Harry would drop bombshells about her in his tell-all book Spare, which was released on Tuesday. Indeed, that turned out to be the case.

Before Harry’s book was released, he did interviews with both British and US networks. He spoke on several subjects, including how angry he’s been over the treatment Meghan received, as well as the death of his mother.

During the interview with 60 Minutes, Harry continued to take swings at the Royal Family. Camilla, the Queen Consort, came under heavy fire.

Harry accused Camilla of leaking stories about the family to the British media, which he claimed was a part of her campaign to “rehabilitate her image.”

Moreover, Harry revealed that he and his brother, Prince William, had asked their father, King Charles, not to marry Camilla. However, in the end, they changed their minds.

“We didn’t think it was necessary, we thought that it was gonna cause more harm than good and that if he was now with his person. That – surely that’s enough,” Harry told 60 Minutes. “We wanted him to be happy. And we saw how happy he was with her.”

Harry added that Camilla was “dangerous” as she had been cast as a “villain” by the British media because she had a part in Charles and Diana’s collapsed marriage.

“That made her dangerous because of the connections that she was forging within the British press. And there was open willingness on both sides to trade of information. And with a family built on hierarchy, and with her, on the way to being Queen Consort, there was gonna be people or bodies left in the street because of that,” Harry said.

“If you are led to believe, as a member of the family, that being on the front page, having positive headlines, positive stories written about you, is going to improve your reputation or increase the chances of you being accepted as monarch by the British public, then that’s what you’re gonna do.”

“I don’t look at her as an evil stepmother”

In another interview with Good Morning America, Harry said he hasn’t spoken with his stepmother in a long time.

“I love every member of my family, despite the differences, so when I see her, we’re perfectly pleasant with each other,” he said.

“She’s my stepmother. I don’t look at her as an evil stepmother. I see someone who married into this institution and has done everything that she can to improve her own reputation and her own image, for her own sake.”

The Palace has not commented on Harry’s book or his claims, while not everyone agrees with Harry’s view’s on Camilla.

In a column for INews, royal expert Jenny Bond writes that Harry should look himself in the mirror, as he’s doing the exact same thing he accused Camilla of doing. Moreover, she says King Charles probably has a “red line,” which Harry may have “crossed. “

Moreover, Bond believes King Charles has not watched his son’s interviews or read the book. However, he “will have been told” about the attack on Camilla and will most likely “be looking for an apology.”

“Positive stories were given to the media about Camilla: that she was warm and kind, a soulmate for Charles. But, in my experience, there were no negative stories given about any other member of the family in some kind of tit-for-tat agreement,” Bond wrote.

“On some points, Harry is simply wrong. Camilla did not leak details of her first meeting with Prince William. It was inadvertently mentioned by her personal assistant, who told her husband, who played tennis with someone associated with the Murdoch press. The personal assistant was mortified and subsequently resigned.”

She added: “For all his years of therapy – which has a valuable and legitimate place in the life of anyone who has suffered trauma – the Duke of Sussex seems astonishingly lacking in self-awareness. He says nothing in his book was intended to hurt or harm his family. Just read it, Harry. He says he wants reconciliation but insists any conversations will have to be private. What about all the private conversations you’ve just leaked in your book, Harry?”