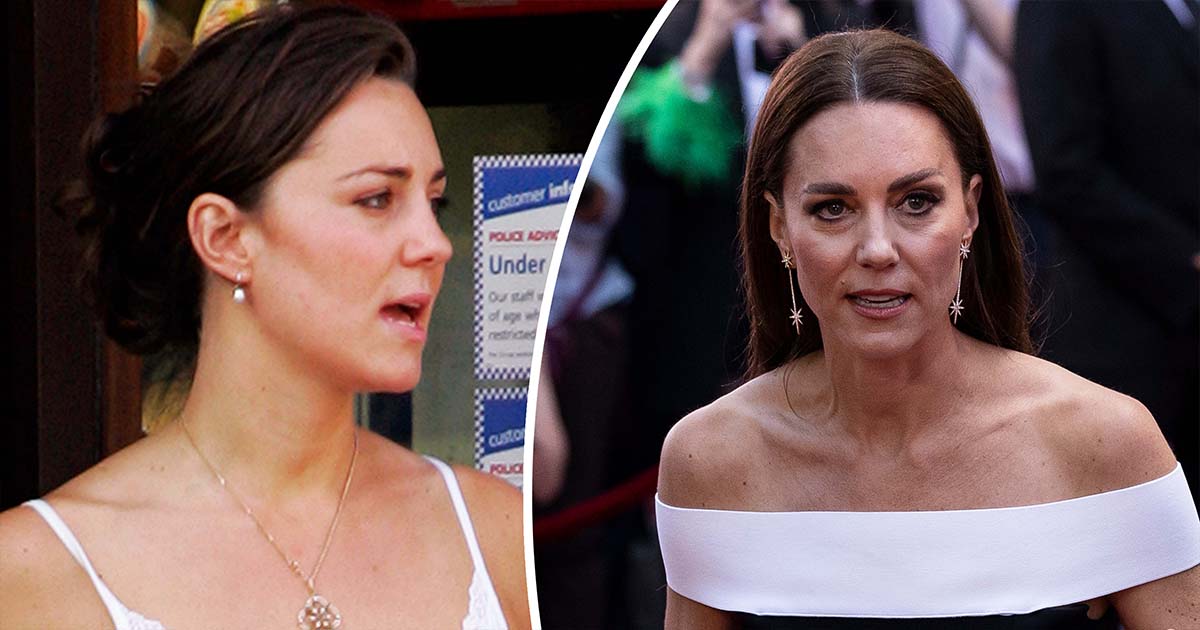 It’s hardly surprising that members of the British Royal Family always seem to look posh when performing their duties and engagements.

It should go without saying that they must follow several royal dress codes, though over the years certain rules have changed, been updated, or simply been ignored.

King Charles, Prince William, Kate, Camilla, and the others are expected to dress accordingly when they meet members of the public or other dignitaries. As per reports, however, there was one occasion when the newly-made Princess of Wales left people shocked with her choice of outfit.

Back in May, William and Kate appeared on the red carpet as Tom Cruise’s film Top Gun: Maverick premiered at the Royal Film Performance at Leicester Square in London.

The Princess was seen walking beside the movie star – and despite William having seen his beautiful wife in many fancy outfits, the one she wore to the premiere probably takes the prize as the nicest yet.

It’s no understatement to say that the Royal Family lives a privileged life that isn’t remotely close to the lives lived by members of the public. Money, cars, clothes, houses; they have it all. Service personnel, from chefs to nannies, are there to serve day and night. Ultimately, those born into the Royal Family will never have to work a nine-to-five job.

If you ask those people who are pro-monarchy, the Royal Family does more than enough to earn its keep. The royal engagements and duties they perform daily include plenty of traveling, and they’re always expected to appear with a smile on their face.

Now, the pros and cons of the monarchy have been debated in many countries for years. Some argue that a royal family boosts national unity, and if they are popular, why take them away? Others claim the monarchy is obsolete and costs taxpayers too much money to keep it running.

The UK’s monarchy is one of the oldest in the world, dating back to the 10th century.

When Queen Elizabeth passed away, a new debate about the monarchy’s right to exist once again reared its head. As Newsweek reported in a 2021 YouGov study, 41 percent of 18 to 24-year-olds thought there should now be an elected head of state in place of a monarch.

Naturally, one of the vital challenges facing the Royal Family is how the next generation, namely Prince William and Kate Middleton, will try and succeed or fail in modernizing the monarchy.

Like the rest of society, the monarchy has to grow with the times, and William and Kate are doing their best to ensure it happens. One change they’ve already made is to make themselves more approachable during official events.

Moreover, they no longer adhere religiously to “formal” and “stuffy” traditions as in decades past – we’ve already seen how they take selfies with the public and even participate in different sports when visiting schools, etc.

One of the things that still is very much royal is how they dress. Over the years, many have been left wonderstruck over the fantastic outfits the royals clad themselves in for official engagements. Sometimes it’s a new hat, other times a beautiful dress or exquisite pair of shoes.

Fashion experts have praised Kate Middleton’s style for a long time. As the Duchess of Cambridge, she has often worn colorful outfits and appeared in more casual clothes. Some take this as proof that, despite being royalty, she still sees herself as being just like anyone else.

On October 5, after the Queen’s passing, she appeared as the Princess of Wales for the first time.

Kate wore a beautiful yellow dress from the “affordable” British brand Karen Millen. According to fashion expert Miranda Holder, this was no coincidence.

“Princess Kate’s wardrobe is probably the most important royal wardrobe of the moment—her every outfit being scrutinized around the world the moment she steps out into the public eye,” she told Newsweek.

“The High Street element of her wardrobe, like every other, will have been planned and premeditated as the impact of every tiny style statement is understood by the palace to communicate to the world an important message.”

Miranda Holder added that the “diplomatic dressing” was originally mastered by the late Queen. And now, Kate is carrying Elizabeth’s legacy regarding fashion into the new royal era.

“We have recently seen Kate re-wear and rework some old favorite designer pieces which also helps to keep the princess relevant and accessible, and wearing High Street is another way of doing this,” Holder added.

“This is a thoroughly modern monarchy and the princess and Prince William have expressed in many ways, with clothing being just one of them, that they are of the people and close to the people.”

At the same time, the public probably shouldn’t get used to seeing Kate in the clothes she used to wear while meeting people in different cities and towns around the nation.

In an interview with Express, Miranda Holder added that Kate would be more “sober” moving forward, and no longer wear hair accessories.

Kate Middleton will have her image “evolve further”

Instead, she will most likely wear hats when etiquette calls for it.

“It is likely that we will see her wardrobe become more formal and appropriate for her position,” Holder explained.

“Her immaculate outfits will no doubt remain stylish enough to enthrall her loyal fashion-loving fan.” The stylist said that Kate’s image will evolve to reflect this new phase in her royal life.”

While we often see the royals wear fashionable clothing to official events – such as the Trooping of the Colours and at weddings, for example – it isn’t that common to see them on the red carpet of movie premieres.

However, in May this year, Prince William and Kate appeared at one with a hall-of-fame Hollywood star. Tom Cruise stars in Top Gun: Maverick, and William and Kate were invited to its premiere in London.

“We have a lot in common. We both love England and we’re both aviators, we both love flying,” Tom Cruise said of William.

The royal couple previously attended the premiere of No Time To Die in 2021. At that event, Kate wore a stunning gold Jenny Peckham gown. For the Top Gun premiere, however, her outfit was something else.

Not only was it a remarkable sight to see them appearing beside a Hollywood star, but Kate drew plenty of attention for wearing what many considered to be her boldest and most extravagant outfit in many years.

Her black floor-length Roland Mouret gown with a white off-the-shoulder neckline was divine and “only” cost about $600.

Besides her lovely gown, Kate also appeared in the spotlight for another reason. Pictures from the event showed her being helped up the stairs by Tom Cruise. And it left people praising the Hollywood star.

Fans were quick to offer their opinions on Tom Cruise being a true gentleman on social media.

“I don’t care for, or about Tom Cruise’s religious beliefs. But I will say this; he is always a Gentleman and never forgets for a second how to behave in public,” a person wrote on Twitter.

A second fan added: “Bless Tom Cruise. He looks like he takes everything he does so seriously, including escorting the Duchess up the stairs. I think William is struggling to hold it together.”

Tom Cruise – a fan of the royals

But was Cruise doing the right thing in touching Kate Middleton, a member of the royal family?

“There are no official rules when it comes to touching a member of the Royal Family. It’s more down to what’s acceptable in society or not,” Yahoo UK’s royal executive editor Omid Scobie explained.

“I think there are a lot of things that are perceived as royal etiquette or royal protocol that we assume might be the case but aren’t actually.”

“He added, It could have been far worse. The worst would be for her to trip downstairs at a royal film premiere.”

Prince William trained in the armed forces as a helicopter pilot, while Cruise got his own pilot’s license in 1994.

“Tom welcomed them and said he hoped they’d enjoy watching it as much as he’d enjoyed making it, and left them to it,” a source told The Sun. “Apparently, it was met with royal approval – not least because William has been a military pilot himself so it’s pretty close to his heart.”

In any case, this isn’t the first time Tom Cruise has had a run in with the Royal Family. In fact, he was in attendance at Princess Diana’s funeral, and in 2017, he chatted with Prince Philip at the 75th anniversary of the Outward Bound Trust at Buckingham Palace.

Moreover, Cruise gave a speech at the performance of the Platinum Jubilee Celebrations at the Windsor Horse Show in May earlier this year, just days after the Top Gun premiere.

According to a royal source, Cruise and the late Queen Elizabeth hit it off when they met, which might explain why he was in attendance for her Platinum Jubilee celebration.

“The Queen let it be known that she was really disappointed not to have met Tom at the pageant, so he was invited to have a special tour of Windsor Castle with everything laid on for him. Afterward, just the two of them had tea together,” a source told the Times, as per PageSix.

“She loved seeing him and they really hit it off. So much so that she invited him back for lunch. He was even allowed to fly in by helicopter,” the insider added.

Kate Middleton sure looks stunning in her many dresses. Please, share this article if you agree!