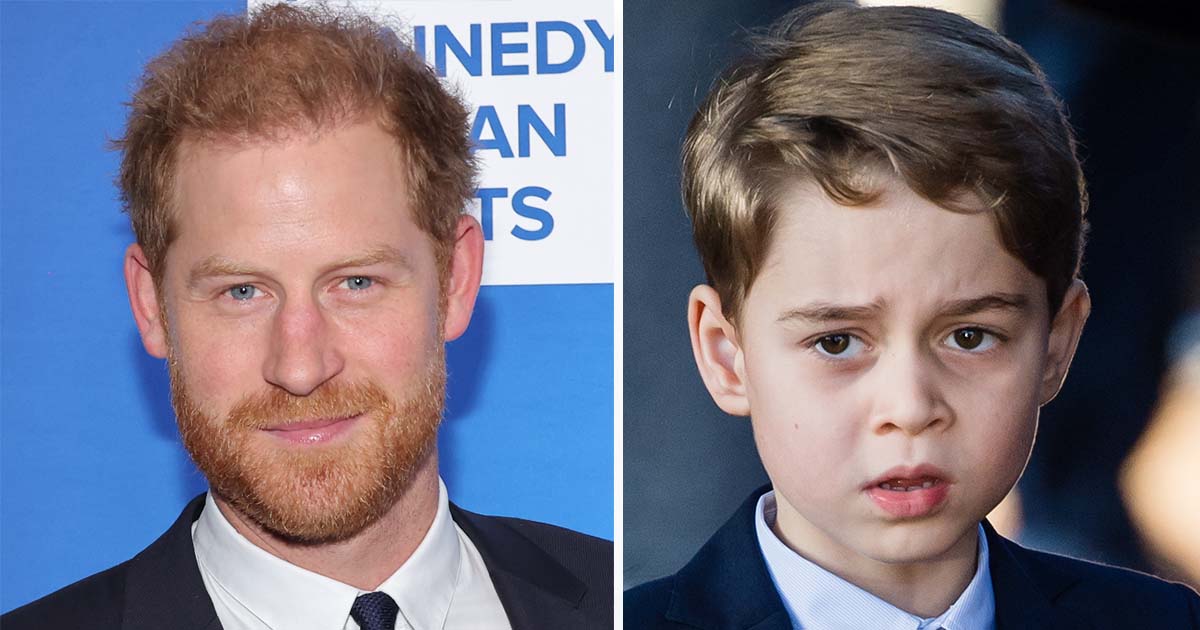 Prince Harry has revealed many things about his former life as a working royal in his tell-all memoir, Spare.

Since its release last Tuesday, the book has sold over one million copies; it’s projected to become one of the most-sold books of the year.

In the biography, Harry made several claims, as well as aiming criticisms at several members of the Royal Family, including his father, King Charles, brother Prince William, Kate Middleton, and his stepmother, Camilla. Not only that, but Harry’s included bits on Prince George and his experience in welcoming his eldest nephew.

When George was born, Harry claims he had pictured how he might watch George grow up. Sadly, things haven’t turned out as expected since then, and now, a royal expert fears the revelation Harry included in Spare might damage George in the future.

It feels like just yesterday that William and Kate walked out of St. Mary’s Hospital on July 22, 2013, to announce the birth of their first child and future King of England, Prince George.

Since then, a fair bit has happened.

Prince Harry met, fell in love, and tied the knot with Meghan Markle for one. The two then left royal life behind, ending in a bitter feud with the Firm, one which has waged across the Atlantic Ocean. Moreover, last year, Queen Elizabeth sadly passed away, meaning Harry’s father, Charles, is finally now king.

Perhaps more importantly, the royals have had the great blessing of welcoming more family members. In William and Kate’s case, that meant two further children.

While Princess Charlotte and Prince Louis won’t have such significant roles as their big brother, Prince George, in the future, they will likely be critical aspects of his monarchy. So as one can imagine, it’s a lot for William and Kate to prepare them for.

Even so, their parents are said to be intent on giving their children a normal childhood.

Princess Charlotte was born in 2015. Then, three years later, William and Kate’s third child, Prince Louis, was welcomed into the world.

But it wasn’t just Kate and William that got the pleasure of welcoming additions to the family. Meghan gave birth to her and Harry’s first child, Archie, in May 2018. In 2021, they welcomed daughter Lilibet.

As Prince George was the first child born in the “next generation” of royals, his birth was, of course, very special. Not only for parents William and Kate but the entire Royal Family, Harry included.

In his new tell-all book, Spare, Harry details the moment he became an uncle for the first time when George was born.

“I was an uncle. Willy and Kate had welcomed their first child, George, and he was beautiful. I couldn’t wait to teach him about rugby and Rorke’s Drift, flying and corridor cricket – and maybe give him a few pointers about how to survive life in the fishbowl,” Harry recalled.

When he appeared at an event in 2013, Harry was asked about his newborn nephew and how he felt about becoming an uncle.

“When I saw him [Prince George] he was crying as all babies do, but it’s fantastic to have a new member of the family. I hope my brother knows how expensive my babysitting charges will be,” Harry explained.

A reporter asked him what his primary duties as an uncle would be, with Harry replying: “To make sure he has a good upbringing, to keep him out of harm’s way and make sure he has fun. The rest of it I leave up to the parents.”

Two years later, William and Kate welcomed Princess Charlotte. That entailed Harry becoming an uncle for the second time – though at that time, he was further from home than he perhaps would have wanted to be.

“I went to Australia for a round of military exercises, and while there, I got word: Willy and Kate had welcomed their second child. Charlotte. I was an uncle again and very happy about it,” he wrote in Spare.

Harry claims he was never invited to spend time with George

When George was born, William and Kate needed more space. That meant moving into Kensington Palace. Harry, meanwhile, moved into Nottingham Cottage, just across the road from his brother’s new home.

It didn’t take long, though, before he felt something was wrong. In his book, the Duke explained how he was really pleased about moving into Nottingham Cottage, which was within walking distance of Kensington Palace. Or, as he described it, “half a football pitch away” from his house, where he also could hear William and Kate’s nanny go past with the stroller at all hours.

He said it was “nice to get out of the old place, but even better to live in front of Willy and Kate,” and he “could see myself dropping in to see them all the time.”

Harry dreamed about popping into William and Kate’s, hanging out with George, and “throwing himself on the floor” to wrestle with his nephew.

The reality, according to Harry, was completely different.

“I took it for granted that I would be invited to their house at any moment. But the days went by, and it didn’t happen,” he explains. “I understand, I thought. They’re busy! Building a family! Or maybe… three’s a crowd. Maybe if I get married things will change.”

Harry and Meghan Markle have been very outspoken about what they think of the royals since the infamous Oprah interview in 2020. In December, with the release of their new Netflix documentary series, they continued to express disappointment over their royal life.

Harry might “damage” George in the future, expert claims

One ongoing theme is that Harry felt that Meghan wasn’t welcomed into the Royal Family. Indeed, the Duchess has admitted to feeling somewhat frozen out.

On Tuesday, as Harry released his memoir, Spare, things took an even more dramatic turn. Within the book’s pages, the prince offered his entire life story from growing up as a royal, including details of what happened after Princess Diana’s death, his experiences after joining the army, and the feud with his brother, William.

In the end, though, the one who could end up paying the most for Harry’s claims against the monarchy might, in fact, be the young Prince George. According to the Daily Express’s royal expert Angela Epstein, Harry might have” overlooked the damage he could do” to George.

“So given the way tragedy arced his young life, surely Harry’s concern for his own nephew, George, would be a matter of auto-fill. As the doting and fun-loving uncle, Harry has always displayed affection for his brother’s three young children,” Epstein says.

“So the possibility that George, as second in line to the throne, could be harmed in any way by the Duke’s rage against the monarchy should surely be a concern to him.”

She added: “Sadly, that doesn’t appear to be the case. As a result, George, just nine and barely out of short trousers, may well find himself inheriting a damaged and diminished monarchy.”

Thus far, the British royals have decided not to comment on anything in Spare. King Charles, along with Prince William and Kate Middleton, has started 2023 with the resumption of his royal duties. Interestingly, all have ignored questions about Harry and his book.

When William and Kate left the Open Door Charity in Merseyside, a reporter asked the Prince if he had read Harry’s book yet. Later, while arriving at the Royal Liverpool University Hospital, one reporter shouted “Do you ever plan to comment on Harry’s book, sir?”

Neither got a response.

A third asked: “Have you had the chance to read your brother’s book at all?” but was met with silence.

One can safely conclude that the royals are not overly enthused – perhaps even furious – about Harry’s book and all the accusations and claims it makes.

For Harry’s part, of course, there’s every reason to smile: Spare became a massive success after only its first day of sale.

Spare is on its way to setting a new record as the fastest-selling non-fiction book ever, according to its publisher, Penguin Random House. The book sold 400,000 copies on the first day across physical, e-book, and audio formats.

“Spare is a book that demands to be read”

On the UK Amazon site, Harry’s memoir is already the top-selling publication, and is expected to be the biggest seller of 2023.

Parts of the book were widely leaked before its release, but its contents have continued to fill airtime and newspaper and online pages.

Although Harry’s book has been highly anticipated, not everyone is excited about what he has to say. The Express reported that the prince’s interview with ITV on Sunday had around 4.1 million viewers. At the same time, the BBC aired the drama Happy Valley, which had about 5.3 million viewers.

The negative trend can also be applied to Harry regarding the public’s opinion of him. In a new YouGov survey published in The Times, only 24 percent of the UK population still have a favorable view of him. That number is down from 80 percent a decade ago, with 68 percent being critical.

According to the survey, Harry and Meghan’s popularity ratings among those over 65 were even worse than the ratings of Prince Andrew.