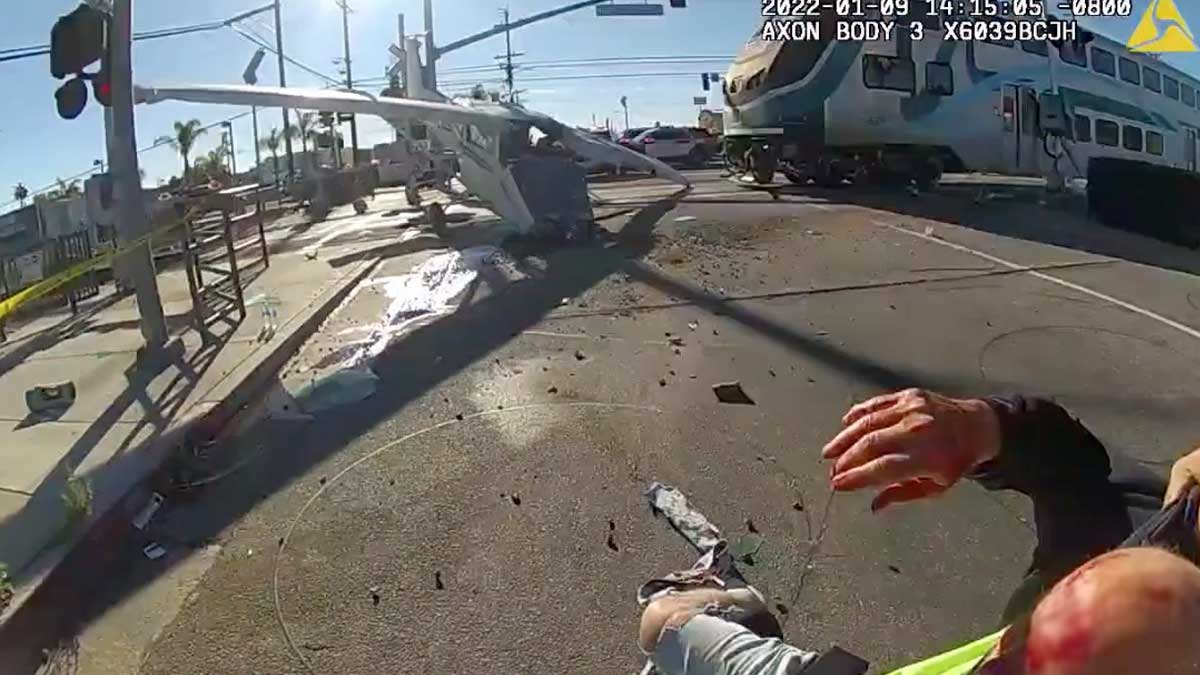 The pilot of a small plane is lucky to be alive after not only surviving a plane crash, but also another near-death experience moments after his plane crash-landed onto train tracks in Los Angeles.

The terrifying accident took place Sunday after a Cessna 172 suffered engine failure upon takeoff at Whiteman Airport in the San Fernando Valley community of Pacoima and went down.

The plane crash-landed on some nearby commuter tracks. The Los Angeles Police Department’s Foothill Division happened to be blocks away, and officers arrived on scene almost immediately, according to the Associated Press.

A request was put in to halt train activity, but for some reason that request wasn’t fulfilled.

As officers tried to keep the pilot conscious, they heard bells and whistles warning them of an oncoming commuter train.

“Go, go, go!” someone could be heard saying.

The LAPD officers rushed to pull the bloodied pilot out of the damaged plane before the train came barreling down the tracks.

Thankfully they were able to drag him away from the crash site moments before the train slammed into the wreckage.

“It happened so fast, we didn’t really have that much time to think,” Officer Damian Castro said according to CNN. “All I could think was try to get this man to safety, didn’t really want to look back to see how far the train was coming, you could hear it coming,”

“It was a close call, I’m just grateful we all made it all out OK. It was just unbelievable.”

The pilot, who has been identified as 70-year-old Mark Jenkins is currently recovering and awaiting surgery.

Wow. Mark is lucky to be alive. Thanks to all of those who swiftly stepped in to save his life.