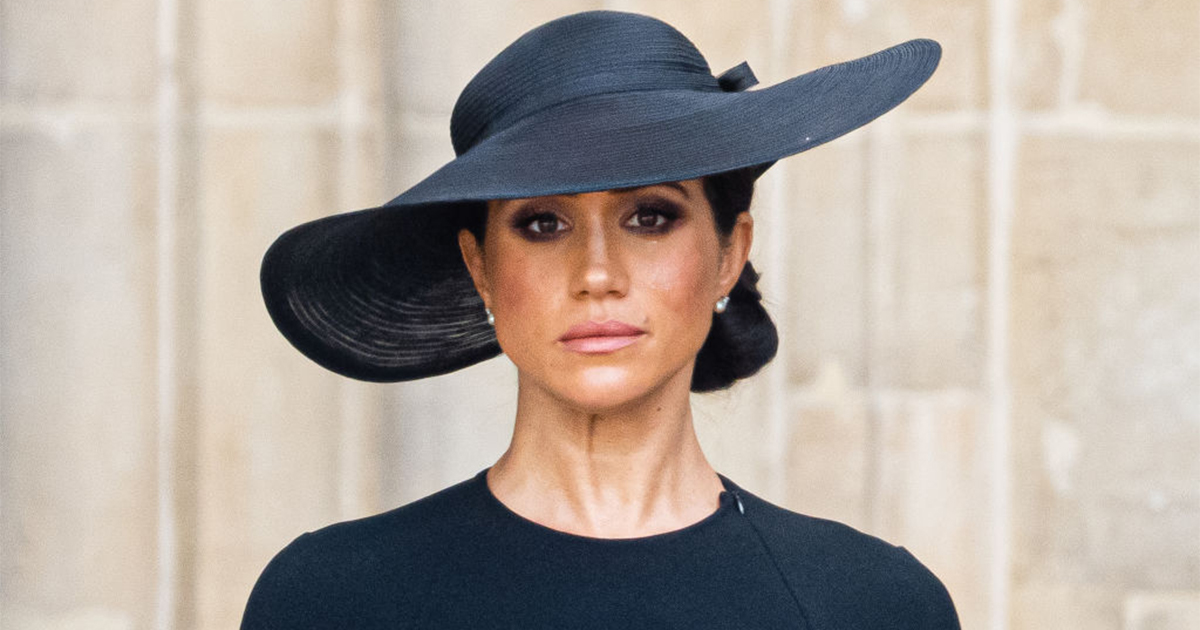 After the Queen’s passing, the entire Royal Family sprung into action to enact their duties as they navigated their loss. From the Queen’s passing on September 8th, 2022 to her funeral yesterday, the family has had their schedules filled up with various duties and commitments.

Meghan Markle has been a bit of a controversial figure ever since he joined the Royal Family through her marriage to Prince Harry in 2018. The couple famously talked about their troubles while being working members of the Royal Family and how ‘The Firm’ treated them unfairly.

In a tell-all interview with Oprah, the couple revealed some lesser-known facts about their time as working royals within the family. In the interview, Prince Harry said his family had financially cut him off completely. He said in the first quarter of 2020, he received no money from his family and had to use the money his mother, the late Princess Diana had left behind to provide security for his family.

Another issue for the couple was the blatant racism Meghan had to face not only from the British media but from the institution of the Royal Family as well. The constant racist remarks are what Meghan and Harry believe to be the reason their son Archie was not given a title or provided security protection.

The couple revealed that unnamed members of the family were concerned that Harry’s unborn child might be ‘dark-skinned’ and worried about what the child would look like.

Furthermore, before being officially cut off financially, Harry revealed that the family hinted there were not enough funds for them to provide for Meghan Markle as well. The Royal Family apparently suggested that Meghan continue acting.

The couple used all these incidents as examples of what led them to make the drastic and shocking decision of stepping down as working members of the Royal Family.

However, despite leaving the Royal Family as working members, they did not have any intentions of cutting off ties with the members themselves. In fact, in the same interview with Oprah, Prince Harry revealed that it was his father who did not attend his calls. But the effort and love from Harry’s end were still there.

In a subsequent interview with late-night show host James Corden, Harry revealed that after he had quit as a working member of the Royal Family and relocated permanently to the United States, his relationship with his grandmother, Queen Elizabeth had actually gotten even stronger.

He mentioned in the interview how he routinely talked to Queen Elizabeth and his late grandfather Prince Philip on video calls. And probably talked to them more than he had in years.

And even with moving his wife to another country, the couple talked about how the British media has still created a narrative about Meghan Markle and Prince Harry which was largely untrue and harmful to them. The Duke has openly talked about the mental health struggles his wife went through while working as a Royal, and how he took the decision to step down from life as a working royal for the sake of his family and their health.

“[The British press] was destroying my mental health,” he said.

“This is toxic. So, I did what any good husband and what any father would do. It’s like I need to get my family out of here. But, we never walked away, and as far as I’m concerned whatever decisions are made on that side, I will never walk away. I will always be contributing, but my life is public service so wherever I am in the world it’s always going to be the same thing.”

Once he stepped down from his duties as working royal, Harry was stripped of his military title, a move that ‘devastated’ him. He gave up titles of Captain-General of the Royal Marines, Honorary Air Force Commandant of the Royal Air Force Base Honington, and Honorary Commodore-in-Chief of the Royal Naval Commands’ Small Ships and Diving, as all of them are considered official royal duties.

This is why at the Queen’s funeral procession, Harry was wearing a civilian mourning suit instead of an official uniform. He was also not allowed to salute when Queen Elizabeth’s coffin passed by the Cenotaph in London. Apart from ‘disgraced‘ Prince Andrew, who was also stripped of his military titles, he was kept from participating in the funeral like other senior members of the Royal Family.

Despite all of this, Prince Harry has still been participating fully in all the events that led up to the Queen’s funeral. During the Vigil of the Princes ceremony, where all of the Queen’s grandchildren stood in vigil beside her coffin for fifteen minutes, he was asked by King Charles III to wear his military uniform.

While Harry was allowed to wear his military uniform, there was a pointed difference in his uniform from what it had been like before. His grandmother’s initials ‘ER’ used to grace his uniform before, but for this instance, they had been removed.

A journalist reported that even though Harry had been asked by King Charles himself to don his military uniform for the vigil, he had almost considered wearing civilian clothing when he realized the “ER” had been removed. The Prince wanted to avoid the humiliation of wearing his uniform with this little but important detail removed.

It was reported that a friend of Harry’s had weighed in on the situation saying, “he is heartbroken. To remove his grandmother’s initials feels very intentional.”

The “ER” initials are incredibly important as they represent the Queen. According to Metro UK, the ‘E’ stands for Queen Elizabeth’s first name and the ‘R’ stands for ‘Regina’ which is Latin for Queen.

Prince Harry and Meghan Markle have also been excluded from some events held to honor the Queen. Namely, the state event hosted hundreds of World leaders who arrived in London to honor the late Queen.

The Daily Mail reported that Harry and Meghan had been invited to the event but had been told by Buckingham Palace that the event was only for working royals, and hence the two of them opted out of attending the event and felt like they had been “excluded.”

Despite all of this ‘exclusion,’ the couple is doing their best to support the family at this time. While some members might have an issue with Prince Harry’s involvement with the Queen’s death, his older brother Prince William is said to have extended an olive branch to him, in an attempt to bury the hatchet.

When William and Kate made their first public appearance after the Queen’s death to look at tributes outside of Windsor Castle, and meet with the public, they had invited along the Sussexes. This was a surprise and shock for most people present as they had not expected the couple to appear together at all.

While the brothers seemed to be getting along together well, the sisters-in-law had a harder time with one another. But body language expert Katia Loisel weighed in on the interaction and had some interesting insights. She remarked that Meghan looked “ill at ease” at the engagement. And this was because of her earlier interaction with her sister-in-law.

Loisel said that when both couples arrived at Windsor to meet with the public and observe the tributes, instead of greeting Meghan warmly, Kate gave her an “icy stare” which put her ill at ease.

Loisel also said she thought Kate was “reluctant to interact” with Markle. And pair that with the criticism Markle has been on the receiving end of recently, things might have gotten her on edge.

Despite apparently being made to feel ‘unwelcome,’ it has been noted in many instances how Meghan Markle herself is paying tribute to the late Queen.

During a service held at Westminister Hall before the day of the funeral, people noticed her small tribute to the late Queen. Meghan wore a classic pearl and diamond studs which were given to her by the Queen herself. Since a lot of pictures of the Royal Family were to be taken in cars from the shoulder up, it was important to wear earpieces that meant something.

And on the day of the funeral itself, Meghan Markle wore an outfit that not only met the dress code but paid tribute to the late monarch. She wore a black cape dress by Stella McCartney. And keen fans might notice, the similarities between this dress and one she had worn earlier.

This is because Markle wore the same dress in navy blue to a concert at the Royal Albert Hall to celebrate the Queen’s 92nd birthday in April 2018. It was the earlier days of her relationship with Prince Harry and perhaps one of the first few family events she publicly attended with her now-husband.

And to bid farewell to her husband’s grandmother, she wore a similar dress in black color, as demanded by the dress code. She paired her dress with the same diamond and pearl earrings gifted to her by the late Queen.

The dress-code specified female mourners to wear black knee-length dresses or coats, along with black hats and optional veils. Meghan decided to opt for a hat without a veil. It seems the Duchess of Sussex is incredibly fond of cape-style dresses because she even wore one during her first and only solo engagement with the Queen.

During the funeral, Meghan was seen shedding some tears, clearly heartbroken at the loss the family is going through. She made a very wise choice in choosing a dress and accessories, which were the best way to honor the late Queen.

It is nice to see how Meghan Markle was able to subtly give a nod to the late Queen with her attire for the funeral.

Share Meghan’s subtle but heartfelt gesture to honor the Queen at her funeral with your friends and family.