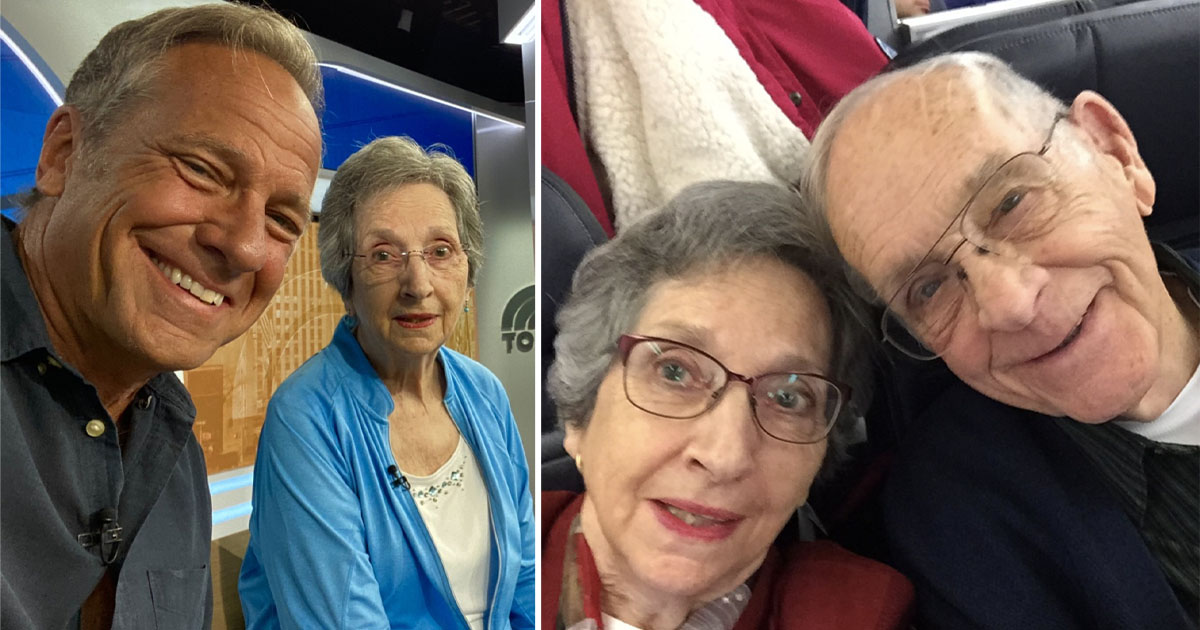 In this day and age, it almost seems like marriages fall apart all the time. But then we get examples of marriages that have lasted decades and shine a beacon of hope for everyone.

Television personality, Mike Rowe, realizes how rare his parent’s marriage has lasted 62 years and decided to share the secret to their long union together…

Mike Rowe’s mother Peggy Rowe took to Facebook to share a message about how to maintain a long-lasting marriage. Mike shared the post to his own Facebook feed, he opened it with some details about his parents, he wrote, “Mom will be 85 in January. Dad will be 90 on Monday. Today, they’ve been married 62 years. They’ve learned some things over the years…”

In the original post, his mother went on to summarize their entire relationship, going back to the very beginning. Peggy wrote, “John was 28, just out of the Army, and taking advantage of the GI Bill when we met. I was 22 and busy living a privileged life.”

Peggy’s mother was unsure about their marriage, she was sure that it would not work out. She called John a “joyless soul from a dysfunctional home” whose only real interest in life was history. While Peggy had a deep love for horses. While the couple did not seem like to many interests in common, they had enough love for one another to make it through…

While most people including Peggy’s mom were convinced the relationship would result in a broken heart, the couple went ahead with their own plans together. Mike wrote, “In no time, our lives were intwined. Both teachers, we formed mutual friendships, joined a church, and figured it out together.”

The couple had three sons together in five years, building a beautiful family with one another.

Peggy is also an author, which explains her verbosity, she authored About Your Father and Other Celebrities I Have Known: Ruminations and Revelations from a Desperate Mother to Her Dirty Son,” referring, of course, to her son Mike Rowe’s popular show, Dirty Jobs.

The couple has had their fair share of grief. Having buried two sets of parents, several siblings and bouts with heart problems, bladder cancer, and breast cancer.

While the couple can admit to not being outwardly romantic towards one another apart from holding hands while walking, they are very firmly in love with one another.

“Lately, it’s more a matter of support. I can’t think of another human being with whom l would rather share my thoughts, my mealtime, my writing, and my bed. I can’t imagine how any couple can navigate the sometimes rocky terrain of marriage without a whole lot of love,” Peggy wrote to mark their 62nd anniversary.

What a lovely message of love and acceptance for your spouse. Of course, everyone has their bad days but when there is a basic understanding of love between two people, they can overcome anything.

Share this with others so they can learn some lessons from this precious post about a long-lasting marriage!