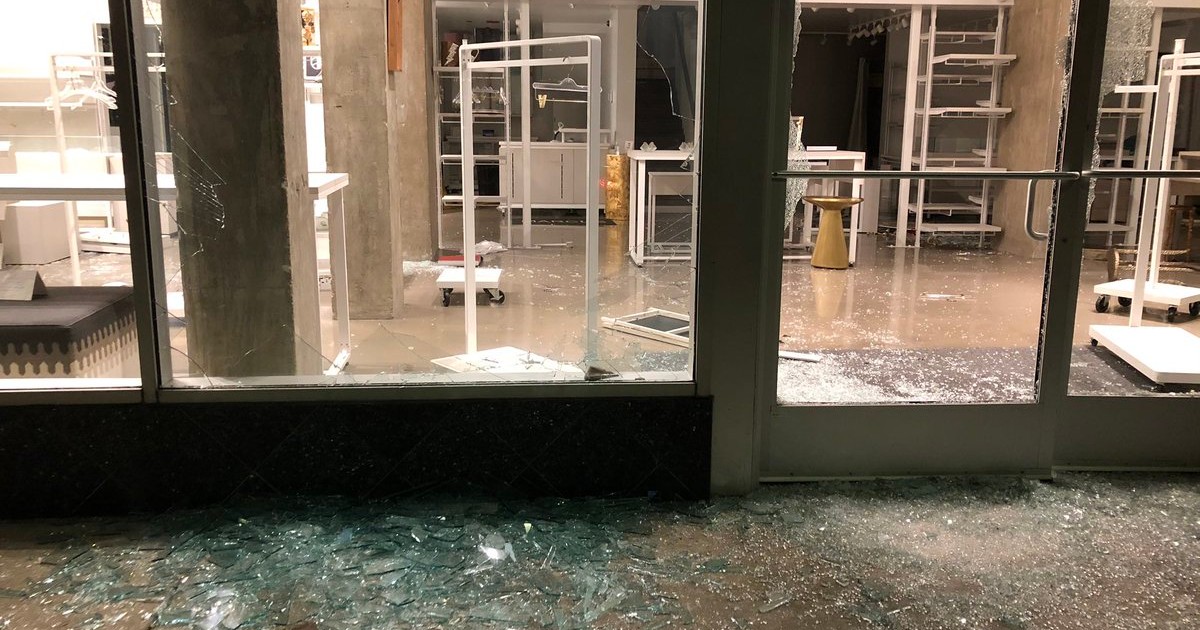 It’s believed that a police shooting led to hours of unrest and looting in Chicago Sunday afternoon to early Monday morning.

According to CBS 2, officers were called to the Englewood neighborhood around 3:30 p.m. Sunday for a person with a gun.

The suspect fled and during the chase fired at the officers. Police returned fired and struck the suspect. He was taken to the hospital.

As word got out, people started spreading misinformation, according to police, on social media. Residents believed police shot a child, though they insisted the suspect was “late teens early, 20s.”

As time went on, it’s unclear if the police acted aggressive towards the crowd first or the crowd became hostile as both shared different versions of events.

“I watched a police officer grab a young man and pull him in with his shirt and beat him up and kick him in the face. They left his blood on the ground,” activist Joseph Williams said.

Sometime after the police shooting, a crowd descended upon Chicago’s Magnificent Mile, a popular high-end shopping district, and began breaking into many of the stores.

Looters broke into many stores and ran away with countless products.

According to the Associated Press, more than 100 people were arrested and 13 officers were injured. Those were arrested are expected to be charged with looting, disorderly conduct, battery against police.

Train and bus service into downtown were temporarily suspended, and the bridges over the Chicago River were lifted to prevent travel into the area.

By Monday morning, many of the modes of transportation into the downtown area had been restored.

“We are waking up in shock this morning,” Chicago Mayor Lori Lightfoot said. “These individuals engaged in what can only be described as brazen and extensive criminal looting and destruction. And to be clear, this had nothing to do with legitimate, protected First Amendment expression.”

“This was straight up, felony criminal conduct,” Lightfoot said. “This was an assault on our city.”