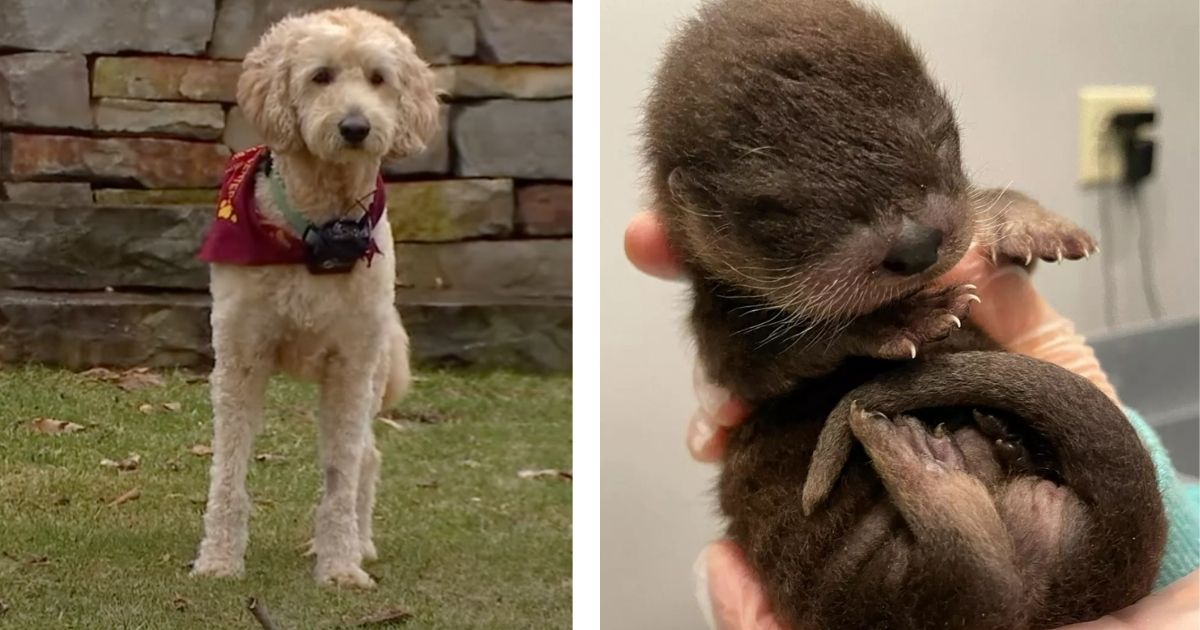 It is always heartwarming when animals come to one another’s rescue. It proves that they have much more empathy and intelligence than we are willing to give them credit for.

Gus the Goldendoodle, is a resident of Minnesota who is currently battling cancer and is in the middle of chemotherapy sessions. His health problems even lead to him having to have his right back leg amputated. Doctors found tumors in Gus’ leg in February and performed the lifesaving surgery to prolong the dog’s life.

But the diagnosis and treatment have not deterred the dog to continue living his life as before. According to his owners, Gus runs and plays around just as he used to on our four legs.

While Gus’ owner believed that Gus would no longer be able to swim, the dog proved this wrong with a heroic and surprising act. His owner, Cleo Young was with her two grandchildren when she witnessed Gus jump into the St. Croix River and swim a distance of 50 feet. The trio was confused at Gus’ sudden decision to jump into the freezing river.

They noticed Gus could swim perfectly even with three legs and that he seemed to be in search of something.

Gus was undeterred by the cold and on a mission. Soon, Gus was swimming back with something in his mouth. He then dropped a tiny baby otter at his owner’s feet. Cleo and her granddaughters acted quickly, cradling the baby otter and washing off the sand it was covered in.

The family then wrapped the otter pup in a blanket and rushed it to the Wildlife Rehabilitation Center of Minnesota. It was a long drive and they were nervous about whether they would make it in time before the center closed for the day. Luckily, they made it in time and got the otter the help it needed.

At the center, the baby otter received critical care immediately.

Officials at the center stated that the first 36 hours the baby otter was with them were concerning because the pup was cold to the touch. Experts at the center were unsure whether the otter had aspirated water, which could lead to him developing pneumonia.

But slowly yet surely, the pup started recovering and now is doing a lot better.

“The otter is much too young to be in the water – it should still be in the den with its mom,” said officials at the center. Since they don’t know where the otter pup’s den is or even how far he came from, the baby otter will stay in rehabilitation. The center transferred him to a special facility that could provide him with even better care as they had pools specifically for baby otters.

The center profusely thanked Gus for saving the baby otter and also appreciated Gus’ owners for raising such a good dog. Gus is being hailed as a local hero and is receiving a plethora of pets and treats for his bravery.

Gus’ quick thinking saved the baby otter’s life. Gus truly is a hero in every sense of the word.

Stories of animals displaying kindness and concern for one another always melt your heart! Share this story with others to make them smile!