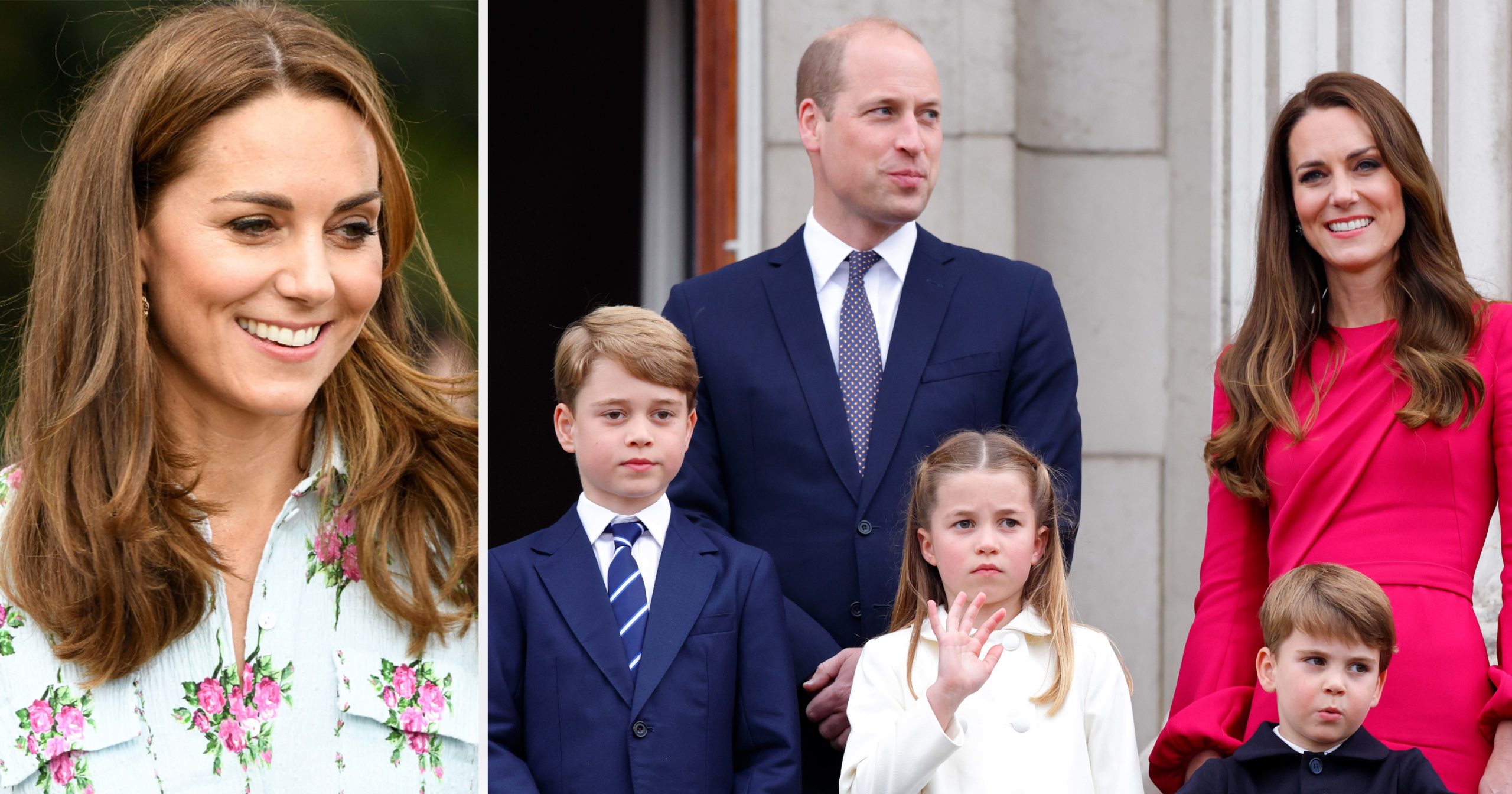 Prince William and Kate Middleton have had their hands full the last decade. They have created a large family through their three children – their oldest, Prince George, is now second in the line of succession behind his father.

The royal children have all just started at a new school, and with that comes some change. However, it seems at least that Prince George has settled in excellently.

Yet though the William and Kate have three children, it’s within the realms of possibility that they might to try for a fourth, right?Well, new reports from royal expert Chris Ship suggest that William and Kate could be afraid of adding to their brood – all because of the significant backlash it could have on them.

Many dream of becoming parents. Whether that means having one child or five, it doesn’t really matter. The simple joy of welcoming a new family member is enough to make even the hardest of hearts melt.

For the future King and Queen of England, Prince William and Kate Middleton, one child was not enough. The couple has welcomed three loving children, Prince George, Princess Catherine, and Prince Louis, and they are growing up so fast.

For the children, that means discovering new things and their respective passions in life. At the moment it seems like doing – or watching – sports is that thing.

“There’s a lot of hip movements going along,” William revealed. “There’s a lot of dressing up. Charlotte, particularly, is running around the kitchen in her dresses and ballet stuff and everything.

“She goes completely crazy with Louis following her around, trying to do the same thing. It’s a really happy moment where the children just enjoy dancing, messing around and, and singing.”

Indeed, dancing seems to have struck a chord with Prince Charlotte. In fact, she’s interested in gymnastics, which Kate Middleton revealed as early as 2020.

“Charlotte is really into gymnastics, she’s doing cartwheels, handstands, everything,” the Duchess of Cambridge said, as per Entertainment Daily. “It’s so good for their basic skills of balance and coordination.”

“And their flexibility, it’s really good for their long-term health, isn’t it? We went to watch the Cirque du Soleil recently, it was amazing,” William added.

If Charlotte opts to pursue a career in gymnastics, it wouldn’t be the first time a royal had undertaken professional sports. William’s cousin, Zara Tindall, competed for the British Equestrian Team at the 2012 London Olympics, where she won a silver medal in the team event.

As the royal children grow up, they will naturally understand that they live a completely different life to anyone else. They will, of course, attend school and learn all about life, but they will most likely never hold down a “normal” job.

As previously mentioned, Prince George is second in the line of succession after his father. Like many princes and princesses before him, sports and athletics have thus far been a big part of his childhood.

In George’s case, this has meant trips to watch high-profile football and rugby matches and, more recently, tennis.

Besides playing himself, he was seen accompanying his parents at the Wimbledon men’s tennis final in July. It almost feels like these days, it’s not quite a major British sporting event without a Royal Family member in attendance.

In fact, one could even say that it’s not a major British event without having Prince George – or one of his younger siblings – present to steal the show.

Attending events is just one small part of the royal duties Prince George and his siblings, Princess Charlotte, and Prince Louis, are set to do when he grows up. Of course, as the future King, he will have many engagements and responsibilities, but for now, at least, he gets to be like a normal child. At least as normal as it gets for a future heir to the throne.

Despite that, it is believed that William and Kate are slowly letting him know what the future will hold. It’s been reported that George – just like his father – will most likely begin working full-time as a royal by age 35, if not sooner. So for a future King, it’s crucial to be prepared.

According to royal historian Robert Lacey, William and Kate have already started to explain to George what the future is likely to hold for him.

“William has not revealed to the world how and when he broke the big news to his son,” Lacey wrote in his book, Battle of Brothers.

“But sometime around the boy’s seventh birthday in the summer of 2020, it is thought that his parents went into more detail about what the little prince’s life of future royal ‘service and duty’ would particularly involve.”

George and his siblings are growing up fast and learning new things all the time. During a visit to Wales in late September, Kate revealed that 9-year-old George is now learning to tie his own tie, as it is a part of his school uniform.

While chatting with children during the visit, Kate complimented one boy for his uniform. She then asked if he had tied his own tie – and was very impressed when the answer was yes.

“Well done, you. I’ve been teaching George because he has got to wear a tie now for school, so I’m having to teach him how to do it,” Kate told the young boy. “But well done, you’ve done a good job with your tie. Nice to meet you.”

Prince George has shown a great interest in tennis, but now, it appears a new hobby is heading his way. It also includes pertains to sports – only one that royals haven’t practiced that much over the years.

According to royal commentator and expert Neil Sean, George has become very interested in martial arts.

“It’s not just Prince Louis and Princess Charlotte that Catherine has to take under her wing, nurture, and make sure they understand the workings of the monarchy. Prince George, one day, will become our King, yes a big responsibility already for a nine-year-old,” Sean said in a video on his YouTube Channel.

“Even more so if you’re Princess Catherine because, now sadly, for her, she’s a little bit reticent about this idea. [George] apparently has taken up the idea of martial arts.”

So, where did this interest come from? According to Sean, George’s Nanny trains in martial arts and they reportedly had discussed it to the extent that the future King is “very keen” on starting his martial arts training.

Even though martial arts is great for both body and soul – not to mention it being essential to be able to defend yourself – not everyone is overjoyed by the idea of George getting involved. According to Sean, Kate Middleton is “a little bit concerned,” though William supports it.

“This is something that apparently Prince George has taken very much to heart. He likes the idea of, you know, basically looking after himself,” Neil Sean said.

“His Royal Highness, the Prince of Wales thinks this will be good character building, good for him to have that, sort of, independence.”

It goes without saying that being a parent is a full-time job. Yet during the Covid-19 pandemic, many parents faced a new challenge. In many countries – the UK included -– children were homeschooled for a time. Apparently, just because you are royalty doesn’t mean you get any special treatment where that’s concerned.

In January of last year – in the midst of the pandemic – Kate Middleton joined a virtual discussion with three parents whose children attended the Roe Green Junior School in Brent.

During the discussion, Kate admitted that she felt “exhausted” after homeschooling her children.

“I think as parents you have the day-to-day elements of being a parent, but I suppose during lockdown we have had to take on additional roles that perhaps others in our communities, or in our lives would have perhaps supported us and helped us with,” she said.

“I’ve become a hairdresser this lockdown, much to my children’s horror, seeing mum cutting hair.”

Kate added: “We’ve had to become a teacher – and I think, personally, I feel pulled in so many different directions, and you try your best with everything, but at the end of the day I do feel exhausted.”

When Kate appeared on the podcast Happy Mum, Happy Baby, she revealed that she has also suffered from mum guilt., adding that “anyone who doesn’t as a mother is actually lying.

“There’s such a pull, but I am such a hands-on mum, and whatever you’re doing you want to make sure you’re doing the uttermost best job you can for your children.

“And you know, even this morning, coming to the nursery visit here, George and Charlotte were like, ‘Mummy, how could you possibly not be dropping us off at school this morning?’

Kate added: “But no, it’s a constant challenge, you hear it time and time again from mums. Even mums who aren’t necessarily working, aren’t pulled in the directions of having to juggle work life and family life – there’s always something.

“And always sort of questioning your own decisions, and your own judgments, and things like that, and I think that starts from the moment you have a baby.”

We don’t know what the future holds for the Royal Family’s young princes and princesses. And as to whether or not William and Kate will welcome any more children, only time will tell.

But could adding another child hurt William and Kate? According to ITV News’ royal editor, Chris Ship, it very well could. Namely, he says that William is doing ever more campaigning on environmental issues, and a fourth child could lead to criticism from the “green lobby.”

William and Kate could face backlash if having a 4th child

“A lot of people say that actually, in the interest of the planet, you shouldn’t be having four children,” Ship said.

“I’m sure William might open himself up to some criticism from that, sort of, green lobby if he were to have a fourth.”

Moreover, the royal expert added that, of course, it’s William and Kate’s own choice to have another child or not. But his “personal prediction” is that the couple is “done with three.”

“It’s entirely possible, you know, Kate might have a fourth. Although, you know, remember William and Kate are in their forties,” Chris concluded. “If they wanted a fourth, I’m sure they will.”

Do you think William and Kate will have another child or not? Share this article on Facebook and state your opinion!