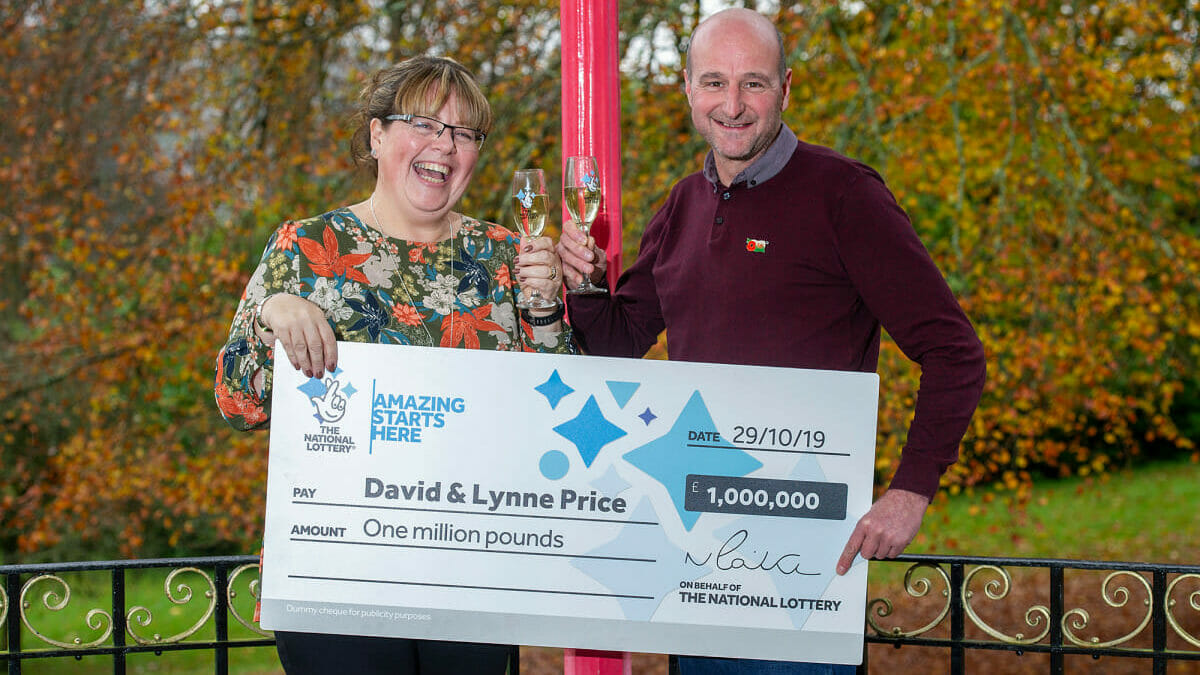 “It’s always darkest just before the dawn,” the old expression goes. It’s true: sometimes we go through our worst ordeals right before something amazing happens.

That’s never been more true than it is for one woman, who miraculously got two pieces of amazing, life-changing news back-to-back.

Lynne Price, a 55-year-old from New Tedegar, South Wales, was diagnosed with breast cancer in 2015. After years of treatment, Lynne finally got some good news: a scan in October revealed that she was cancer-free.

It was a huge relief, and when Lynne got the letter with her results she celebrated by taking a nice relaxing bath.

But then, her husband David came home with some shocking news: they had won the lottery!

They couple, who have three children and one grandchild, won a million pounds playing Euromillions Millionaire Maker. David had picked up tickets while picking up milk at a local convenience store.

It was news that made a great day even better: “I was shaking and totally lost for words which never happens,” Lynne told The Sun.

Although, she did come up with some words: “I can’t tell you what I said, it’s too rude, but I was in total shock.”

While the money was great, the news that Lynne was going to be okay was even better.

“I went home to tell Lynne but she had some big news of her own,” David recalled. “The letter saying she had the all clear is worth more than a million to me.”

But the money does offer them a plenty of room to celebrate and relax after what was undoubtably a frightening few years.

According to The Sun, both plan to keep working for the time being, but they plan to do a lot of traveling. David, a climber, can pay off a scheduled three-week Everest expedition, and the couple will take a holiday to “escape the country during the General Election.”

And the couple is taking a trip to China with their children and grandson. It’s an incredible turn of events they always dreamed of but never expected.

“We’ve been doing the lottery since it started – you put your money on but you don’t really expect to win a million,” David told The Sun.

But everything happens for a reason, and maybe the universe was waiting for just the right moment to give these people their big win. It goes to show that great things can happen all at once.

Congrats to this very lucky couple… both for their winnings and their great health news! Share this incredible story!