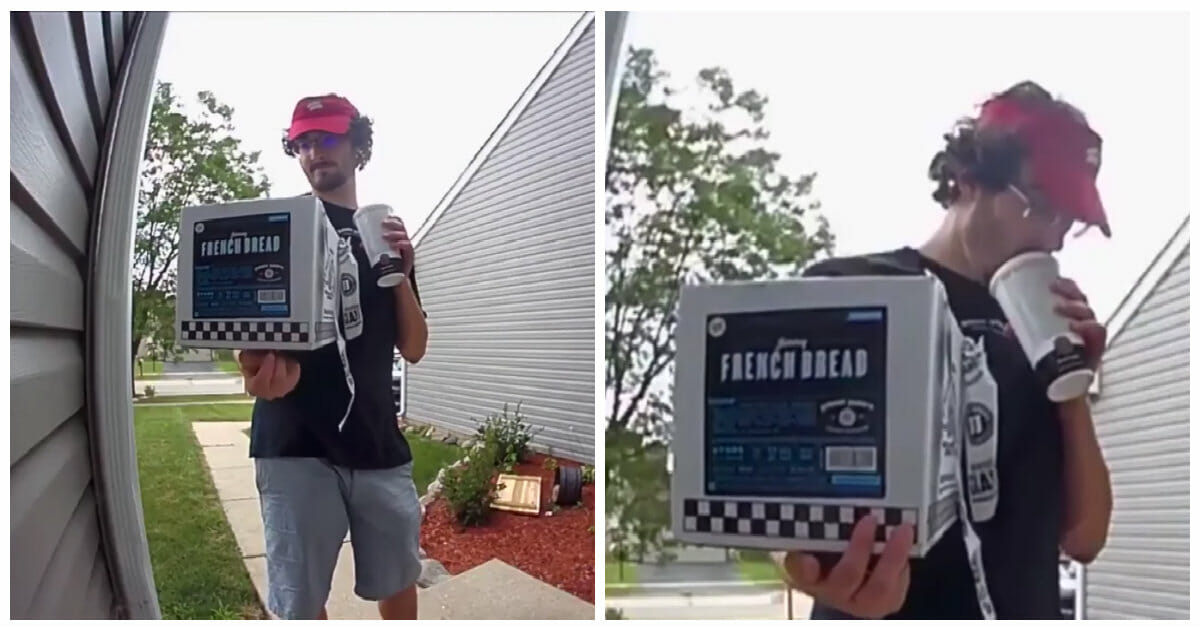 Sometimes you just want the convenience of having food delivered right to your door. Every time we order delivery we trust that an employee will bring us our food safe and sound within a reasonable time.

But sometimes, deliveries don’t go as planned—and sometimes they just get plain weird. That’s what one family discovered recently… luckily they checked their security camera before digging into their food.

In July, the Brems family, from Chicago, ordered food from Jimmy John’s, a sandwich fast food chain specializing in delivery.

The food arrived at their door—but before they started eating, the family’s 12-year-old son had some concerning news.

The security footage recorded on their Ring video doorbell confirmed it: the delivery man is seen putting his mouth on the lid of one of their drinks.

The family was disturbed by the strange food violation, and did not eat a bite of the food.

“Our first instinct was like, ‘nobody eat anything, nobody touch anything,’ and then we just called the store right away,” Emily told Inside Edition.

“What if he was sick? What if he had something we could’ve caught? Luckily it didn’t go that far.”

Jimmy John’s reportedly refunded the family their meal, and issued a statement about the incident.

“The behavior seen in this video is not consistent with the standards we expect from our employees,” franchisee Banti Singh said, according to NBC.  “We have taken appropriate action with the individual involved.”

Singh said they would be retraining the employees on food safety. However, it isn’t clear whether or not the drink licker was let go from the job. They reportedly told Emily that they could rehire the delivery man with her blessing—and it doesn’t sound like they’ve gained it yet.

“This should be a zero tolerance situation and to accept an employee back after something like this happens just makes me feel like it’s minimizing the severity of what happened,” Brems told NBC Chicago.

It’s one of those unfortunate reminders that your food isn’t always handled with care. All we can do is put our trust in reputable companies, keep an eye out as best we can—and call people out when they’re caught in the act.