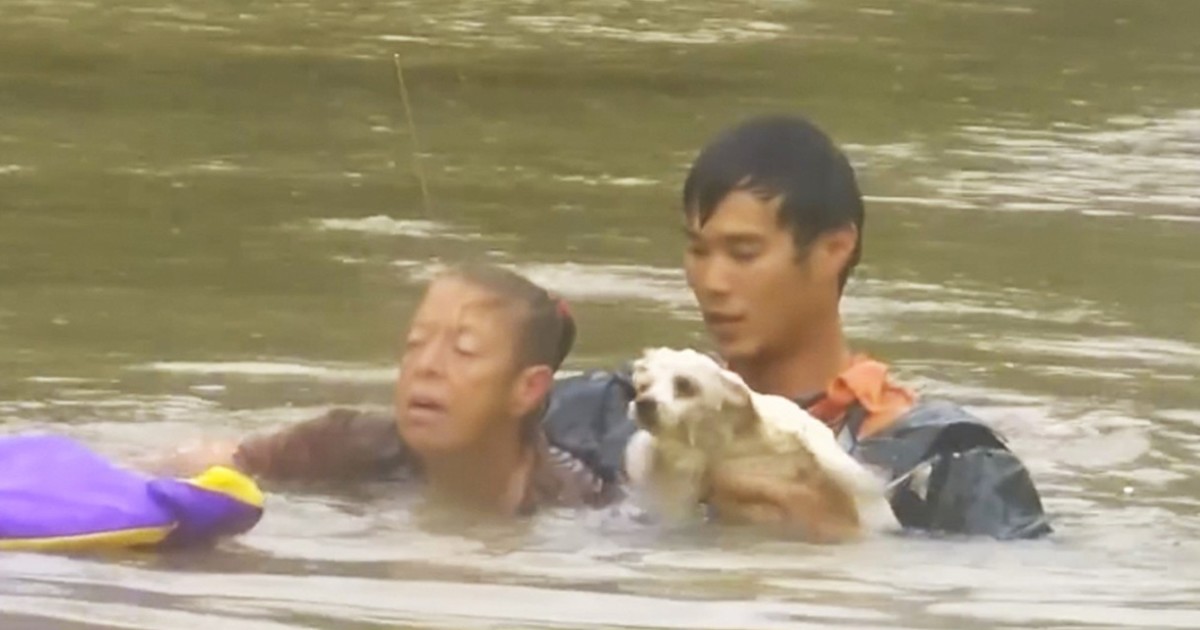 During the recent record-breaking floods in Louisiana, many heroes emerged, helping both humans and animals, but perhaps no rescue was as dramatic as this one, where a man jumped into the floodwaters of Baton Rouge to save not just a woman, but also her dog.

The rescue occurred on August 13 amid heavy flooding that has ravaged the state. David Phung was on a boat on the floodwaters with a group of men when they came across a car that had been washed away. The car was sinking quickly, and the woman inside pleaded for help. The men searched for tools to break a window, but as the last few inches of the car sank below the surface, they realized it was too late.

Without hesitation, Phung leaped into the water and pulled the woman to the surface. And that’s when they realized she wasn’t alone. As soon as the woman emerged, she gasped, “Get my dog!”

With the car now fully under water, one of the other men told the woman that it was too late, her dog was lost. But Phung wasn’t about to give up without trying. He dove head first back into the fast moving, muddy water. And when he emerged, I let out a huge sigh of relief and teared up. I’ve never seen a rescue this close. David is my new hero. He deserves a medal and more!

Watch the dramatic rescue below:

This guy is a true hero. Share if you agree!