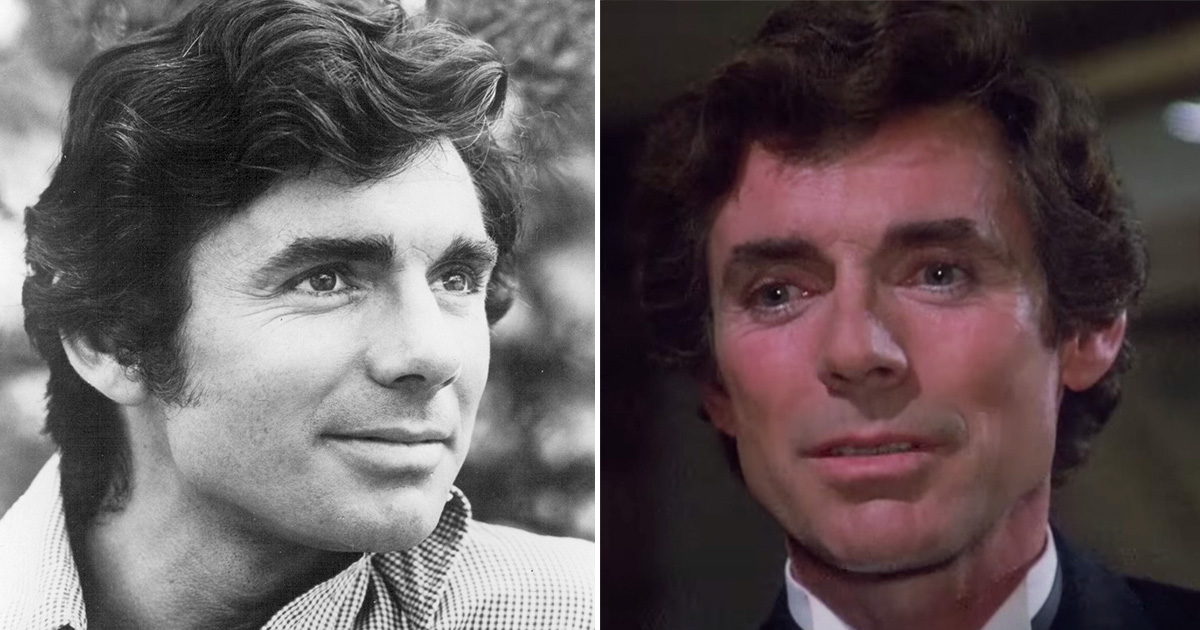 David Birney certainly made female hearts beat faster when he emerged as a young, talented actor in the late 1960’s. He went on to have a great career in acting, both on screen and in the theater.

David Birney was born April 23rd, 1939 in Washington, district of Columbia, USA. His father, Edwin B. Birney, was a special agent for the FBI at the time, and David attended schools in Brooklyn, Ohio.

David was raised in Cleveland and later graduated from West High School. He was honored with a spot in National Honor Society, playing sports like basketball, football and running track.

At the time, David wasn’t focused on acting. He attended the prestigious Dartmouth College, majoring in English Literature and graduating in 1961. However, while attending UCLA, he would also go into acting, earning an M.A. in theater arts, acting and directing.

David Birney had a great start to his acting career. In 1967, he made female hearts beat fast after portraying Mark Elliot on the soap opera, Love Is a Many Splendored Thing. It led to him getting several more gigs in both TV series and on TV shorts.

But David didn’t only work on screen. He also starred in several theater productions, among them the leading role in Ron Cowen’s play Summertree, as a soldier who is killed in Vietnam.

That led to him getting the Theater World and Clarence Derwent award in 1968.

Great confidence in himself

He also received great reviews for his performances in Antigone, The Good Woman of Setzuan and as the playboy in Playboy of the Western World.

“I was also the most popular actor on daytime television,” Birney told The New York Times in 1972, referring to the two years he starred in Love Is a Many Splendored Thing.

He was half Jewish, but during the interview with the NY Times, it was clear he didn’t want people to get caught up over that specific subject. And we couldn’t agree more. Who cares?

“Why does everybody want to know if I’m Jewish?” Birney said. “I really find it offensive, because I don’t know whether they’re asking about my religion or my background. Actually, I’m an Irish Protestant but I have no organized religious affiliation. And religion is much too serious a thing to talk about. After all, we’re all actors, and nobody asks if it’s difficult being Protestant and playing Macbeth, or being Jewish and playing Irish.”

In 1972, Birney was to be the co-star on the show Bridget Loves Bernie along with Meredith Baxter. The sitcom ended up being short lived and was cancelled after only one season. But for Meredith and David, the title was reality.

Meredith and David continued with their careers, with David starring in several more TV shows. In the 1970’s, he could be seen in pretty much everything on TV, including shows like Serpico, Hawaiian Five-O and in four episodes of The Love Boat, four years apart. One of his most recognized parts was in the thriller Someone’s Watching Me (1978), where Birney featured alongside actress Lauren Hutton.

In 1985, David Birney and wife Meridith were hosts of the NBC show Missing … Have You Seen This Person?, was a series of three different TV specials dedicating episodes to the disappearances of people.

It was later nominated for a Primetime Emmy as an Outstanding Informational special.

David himself always had an interest in theatre, starring in several Broadway shows. That included roles as Antonio Salieri in Amadeus, David in Benefactors, and Jack Tanner in Man and Superman.

He also grew fond of Shakespeare, playing parts including Hamlet, Macbeth, Romeo on numerous regional theaters in the US.

David has also been a longtime activist for children’s health and welfare issues. In the late 1990’s, he directed and performed A Christmas Pudding in Los Angeles, California.

The funds raised from the performance were donated to the charity People Assisting the Homeless.

”It’s an activity that started as a lark and sort of turned out to be something quite substantial,” David said in 2000.

”During this time of year, people are shopping and working, busily trying to prepare for Christmas. At the show, everything stops. It produces a real sense of community. It touches old feelings that speak to an awareness of the real spirit of Christmas.”

He’s went on to release Mark Twain’s: The Diaries of Adam and Eve as a full play, which has been produced over 200 times at regional theaters, college and university theaters, and performing arts centers on both coasts and across the US.

In 1989, David Birney and Meredith Baxter went their separate ways. Their marriage ended in a divorce, and many years later, Meredith would come forward with allegations against her former husband.

Baxter came out as a lesbian in 2009 and is now married to longterm sweetheart Nancy Locke. She wrote in her memoir Untied that David Birney struck her more than one one occasion.

“It was so sudden and unexpected, I couldn’t tell you which hand hit me, or even how hard,” Meredith wrote. “I do recall thinking, ‘I’d better not get up because he’s going to hit me again.'”

Further, Baxter wrote that she coped with it all in part by drinking heavily. However, she’s now been sober since 1990. She’s mostly famous for her role in the TV series Family Ties.

David Birney would soon call her claims “an appalling abuse of the truth” and derided her new memoir, Untied, as “a kind of fairy tale,” in a statement to People Magazine.

Following their divorce in 1989, Birney said that Baxter “conducted a relentless and brutal assault” for several years against the shared custody of their children. He called it an attempt “to destroy that arrangement and replace it with herself as sole custodian.”

Further, David said that he found the allegations “immensely sad and truly absurd.” He concluded: “Meredith’s own account of these years is its own rebuke to her credibility.”

In December of 2017, according to the newsletter Wide Wide World newsletter for Dartmouth College class of 1961 alumni, it was announced that David Birney was suffering from Alzheimers.

Neither David Birney or any of his spokespeople have confirmed this.

“I would like to thank all the members of the class who have taken the
time to call David Birney”, classmate Arthur Bloom wrote.

“His long-time companion and caregiver, Michele Roberge, tells me that those calls are the highlight of his day. The official diagnosis is now Alzheimer’s, but it is still possible to have a conversation with David —although sometimes those conversations are a bit like doing Theatre of the Absurd without a script.”

Michele Roberge’s been a close friend to David Birney for quite a while. She starred in A Christmas Pudding and also attended and performed with David at the 50-year reunion of Dartmouth College class of 1961.

In 2012, they starred together in A.R. Gurney’s Pulitzer Prize-nominated play Love Letters at the California State University Long Beach.

“David Birney is a friend of mine, and last summer was asked to do a performance for his reunion at Dartmouth College,” Roberge said. “He and I had done ‘Love Letters’ a couple of years earlier and he asked me if I would go to Dartmouth and do it with him as part of the activities of reunion weekend.”

In June of 2019, in another edition of the Dartmouth College Wide, Wide World newsletter, an old classmate gave an update on David Birney’s health.

“Arthur [Bloom, old classmate] talks to David Birney several times a week; David can ‘still get out a few simple sentences and phrases, and we have basically one or two minute conversations. He is well taken care of by his loving companion Michele Roberge and by an aide who comes in when Michele is not there.”

We will never forget David Birney and his wonderful acting on stage, in TV series and movies, as well as in the theater.