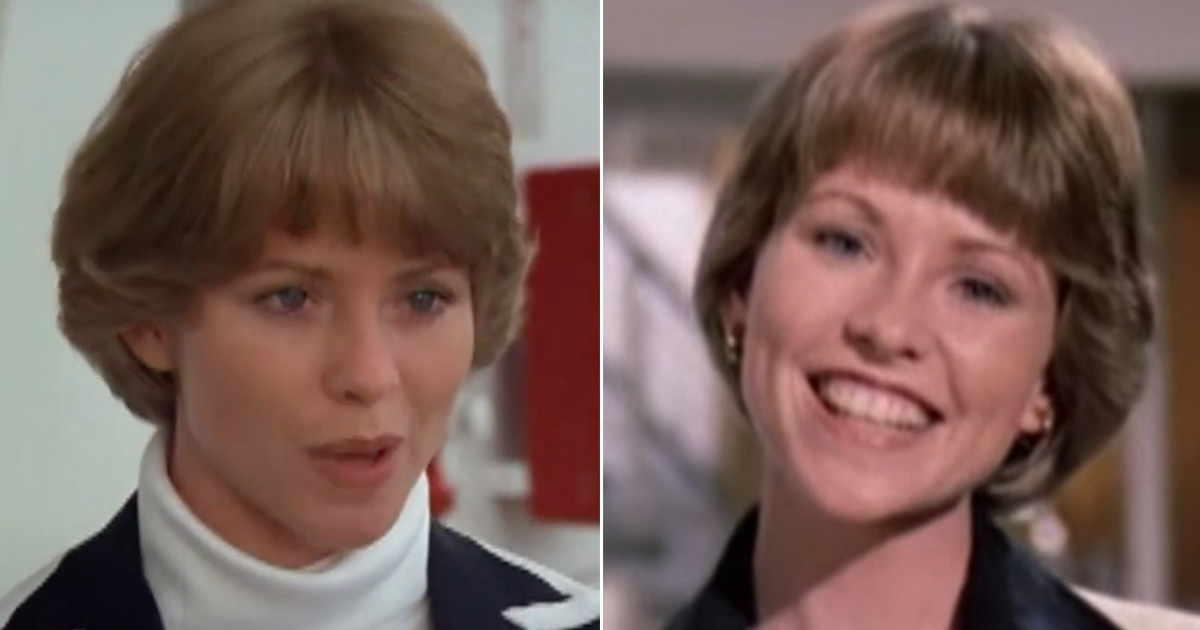 The Love Boat became one of the more popular comedy TV series in the late 1970’s and in the 1980’s. Among the characters were Lauren Tewes as cruise director Julie McCoy.
But what happened to Lauren after she left the show? Her life tells a story of several family tragedies and addiction.

The Love Boat became a popular TV series, airing for the first time on ABC on May 5, 1977. It stretched over nine seasons, with the last episode airing May 24, 1986, and an additional four specials.

The Love Boat was based on a book by Jeraldine Saunders titled Love Boats. She was the first female to become a cruise director for Princess Cruisers.
It was released in 1974, revealing many anecdotes from Saunder’s career onboard, stretching over a decade as cruise director and the many special meetings she had with passengers, crew members and destinations the visited.

The comedy anthology series, revolved around the ship’s captain Merrill Stubbing (Gavin MacLeod) and his crew. It also starred guest actors in each episodes having both romantic and humorous adventures.

Following the series ending, a TV movie titled  The Love Boat: A Valentine Voyage with four of the original cast members starring, aired in February 1990.

The third episode of the last season of the show – Hidden Treasure / Picture from the Past / Ace’s Salary – was ranked No. 82 on TV Guide’s list of the 100 Greatest Episodes of all time. It starred guest actors Andy Warhol, Milton Berle, Cloris Leachman, Tom Bosley, Marion Ross – and even Andy Griffith.

Some of the scenes for the show were shot on board two cruise ships, The Pacific Princess and Island Princess. Passengers actually played extras during certain scenes that required a more authentic look. For the people going on vacation suddenly playing extras on a hit TV show, they had a “bonus”, getting a raffle ticket at the end of every day the were in the series.

The majority of passengers wanted to be in the show, and the cruises were known to actually double the ticket sales.

The Pacific Princess became a famous ship when the show aired on ABC. In 2013 however, the now renamed luxury liner was sent to a scrap yard in Turkey.

According to Ersin Ceviker at the Ship Recyclers’ Association of Turkey, the boat barely made it to the port, with the ship taking in water. It needed help from additional tugboats to reach its final destination.

“This ship has undergone several modifications over its lifespan. It had been decommissioned for five years, and renovation now would have been too costly,” Ceviker told Reuters.

There were several classical, almost iconic, characters on The Love Boat. However, one of the most loving was Julie McCoy, played by Lauren Tewes.

She won the hearts of Americans playing the cute cruise director, but all of a sudden, she was gone.
So what actually happened to Lauren, and what is she doing now?

Lauren Tewes was born Oct. 26, 1953, in Braddock, Pennsylvania. When she was 8 years old, her family. And by the time she enrolled in college, she knew that acting was her future.

Tewes majored in Theatre Arts at Rio Hondo College and later won “The Chancellor’s Award for Excellence in Theatre”. It gave her a one-year scholarship and she decided to transfer to the University of California, Riverside.

A year later, Tewes decided to drop out and joined the Pacific Conservatory Theatre in Santa Maria, California.
She starred in several shows, and in 1974, she had her big break.

Lauren Tewes landed a job starring in a Lipton ice Tea commercial. It didn’t only mean that she had her breakthrough on screen. She were able to join the Actors Guild, which was a significant and important step for every working actor. It ment she could register with an agent and pursue jobs on film projects.

She had minor parts in TV series such as Charlie’s Angels and as Jill Redfield in Family. Also she had a smaller part in Starsky and Hutch.

In 1979, Tewes reached a turning point in her acting career. More than 100 actresses auditioned for the role as cruise director Julie McCoy on The Love Boat. However, Tewes was the one getting the job.

It wasn’t until the night before shooting began on the Queen Mary, that she got the part.

Julie McCoy on The Love Boat

Speaking to Entertainment Weekly, Tewes tells the story of the first day of shooting. The 23-year-old was working as a Sunset Strip waitress at the time.

“I had to borrow money to get a new tire, because my ’62 Volkswagen Bug was not going to get to San Pedro. That first day, standing there in the little outfit, and I had to say, ‘Hi, welcome aboard, I’m Julie McCoy, your cruise director’ a gazillion times,” Tewes recalled. “But I kept screwing it up and saying, ‘Hi, welcome aboard, I’m Julie MacLeod…’ because I was talking to Gavin MacLeod and I was so excited”,

“I tested with 11, 12 actresses that could’ve played Julie. It wasn’t what they wanted. They wanted a girl who exemplified today,” actor Gavin MacLeod, playing the role of the ship’s captain Merrill Stubing, said.

She travelled and got to see some great places, and also work with some of the best actors around.

Lauren Tewes would move on to become one of the biggest stars on the show, making more and more money.

However, after a few years on the show, Lauren started to struggle with substances and addiction.

Several times, the well-known actress didn’t show ut and it would result in Lauren being taken of the show with her contract not being renewed It turned out that she had a cocaine addiction.

“TV is a cruel business, and it’s particularly predatory toward young ingenues,” Fred Grandy, who played Gopher on the show, said. “Lauren got thrown into the meat grinder very early, and she ended up with her own battles and demons to fight.”

A couple of years ago, Lauren opened up about her cocaine addiction on The Opera Winfrey Network,.

”I felt guilty, I felt shamed and humiliation and disgusted and disappointment, I knew that I had gotten myself into a situation I couldn’t get out of by myself,” she said. “I secretly begged and begged and begged for someone to help me. For me it was an issue with cocaine in the 1970’s and early 1980’s when it was a popular drug but if you ask anybody, I was the only one doing it in all of Hollywood. It was just me and nobody wanted to help me.”

Lauren Tewes felt that she didn’t get the help she so desperately needed at the time playing Julie McCoy. Producers would rather kick her of the show than offer her help, she says.

“Producers now, it’s a normal thing if you have a drug or an alcohol or a sex addiction that you’re producers say ’Well hey, let’s give you a couple of months off and get you straightened out.’ Well, we didn’t work for those people.”

Lauren managed to get herself out of the hideous addiction, and later returned for a guest role on The Love Boat in 1985.

She learned how to to be strong and came out of the addiction as a winner.

“I’m much happier now than I was when I was 23,” she said. “I’m more self-aware, more peaceful. I spent a long time looking at myself, asking `What’s important to me?’ “

Lauren Tewes also did other work in show business, appearing in the 1979 TV film Dallas Cowboys Cheerleaders with Jane Seymour. In 1981, she made her film debut in the movie Eyes of a Stranger.

In 1998, following appearances in other movies and TV series, she was seen in an episode of The Love Boat: The Next Wave in 1998, which was a revival of the original show. The original cast appeared in a reunion-themed episode.

Lauren Tewes’s been married three times. She tied knot with her first husband John Wassel in 1977, but the couple divorced five years later.

Following a 10 year marriage with second husband Paolo Nonnis, she met Robert Nadir in 1993 when performing in an Arizona Theater Company play. The two dated long-distance for a year before Tewes joined him in Seattle.

“I decided to change my whole life, which has been a wonderful thing for me,” she said in 1998. “The theater community here has been very responsive to me.”

The two married 1996, but in 2002, Robert was diagnosed with Lou Gehrig’s disease (ALS). He passed away in Seattle, age 46. It wasn’t the first time Lauren had gone a family tragedy. In 1987, she lost her 1-month-old daughter, who passed after being born premature.

Lauren still does some acting, appearing in a 2017 Twin Peaks episode among other things.

According to IMDB, she’s listed as a cast member for the upcoming autobiographical dark comedy film Potato Dreams of America.

She’s also studied at culinary school and become a cheese specialist. Today, she works for a catering company as a sous chef in Seattle, according to Mercury.

Lauren Tewes wants to be remembered as the wonderful actress she is, portraying Julie McCoy on The Love Boat However, people are still being reminded of her addiction. Lauren’s grown tired of constantly being referred by it in the media.

“By the show ended, I had actually gotten myself straight. But it was just like the damage was done,” Lauren Tewes said on the Oprah Winfrey Network. “Every time I’m referenced in the media, it comes up ’former cocaine addict Lauren Tewes…went to the grocery store today.’ And I’m sure that the day I die, which I hope is in my hundreds, it will say ’former cocaine addict, who played Julie McCoy on the Love Boat died today’. That’s the truth.”

I still watch The Love Boat when it airs on TV and will never forget the wonderful performances by Lauren and her co-stars.