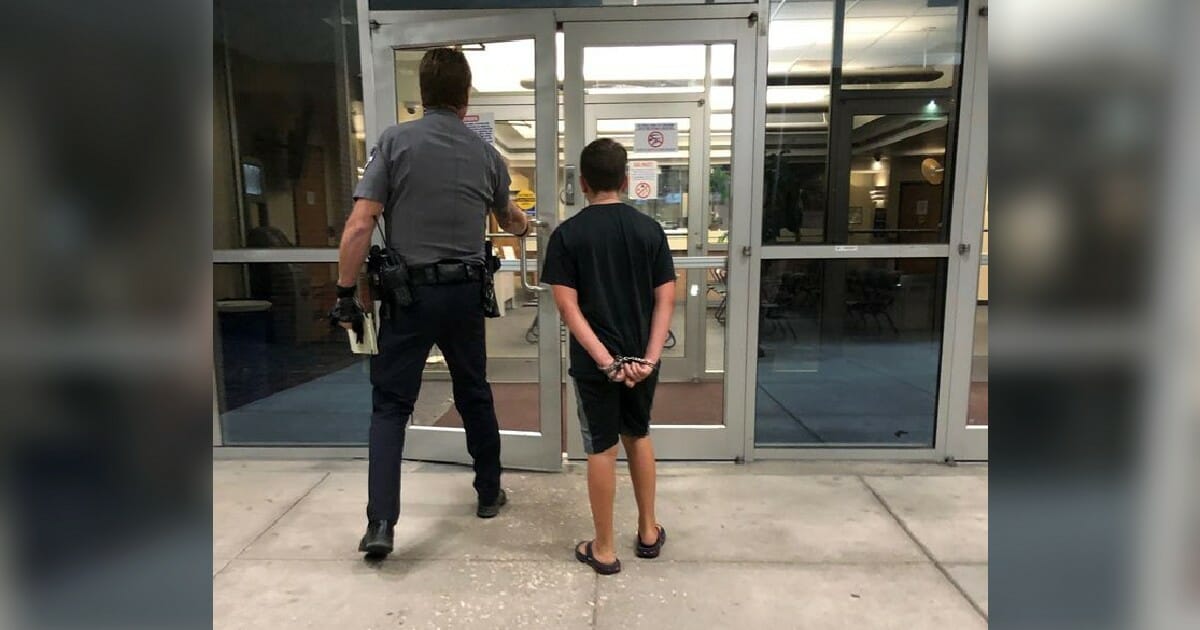 For 217 days the Carpenters have waited to share what unfolded on July 24, 2019 and the months that followed. It was a “nightmare,” one that the family’s 10-year-old son Gavin will likely have to deal with “for the rest of his life.”

The Carpenters, who are a military family, live on base in Fort Carson, Colorado. One day in July 2019, their son Gavin went to a friend’s house for a sleepover, but stopped at the friend’s grandparents’ home, which was off base, first.

According to the 10-year-old’s mother, Stefanie, Gavin and his friend used toy guns to play Fortnite outside. As they ran around they pointed their toy weapons at cars passing by.

One was a toy bow and the other was a toy gun with an orange tip.

“Neither one of the toys had any sort of projectile,” Lt. Col. Chris Carpenter, Gavin’s father, told KRDO.

“He definitely admits that he pointed that weapon at cars, multiple cars, not just the one that stopped, and he understands that’s wrong,” his father told KOAA.

One of the drivers stopped and confronted the grandparents about Gavin and his friend. The driver threatened to call the police.

Three El Paso County Sheriff’s deputies responded and Gavin believed the police would resolve the situation. However, that was far from the case. Instead, they arrested and charged the 10-year-old with menacing, a class 5 felony.

“I couldn’t believe they were following through with this,” Stefanie told KRDO. “I was waiting for the call from the cops saying that they were going to let this go, warn them, tell them it was wrong.”

Gavin was brought to the Colorado Springs Police Department where he had his mugshot and fingerprints taken and was charged with a felony.

The family hired a lawyer and for months fought to get the charge expunged from Gavin’s record.

“Why couldn’t this have been a learning lesson?” Stefanie said. “Like a warning like this can cause you to get arrested why did they take it as far as they did?”

Gavin went through a diversion program.

In order to keep his case out of court, Gavin had to go through a diversion program, which Stefanie shared on Facebook involved hours of community service and a “list of other requirements.”

The family reportedly had to spend $4,000 to get their son’s record expunged.

Although Gavin’s record has officially been expunged, the damage has been done. Stefanie shared on Facebook that her family plans to leave Colorado because they don’t feel safe in their community anymore.

“He was talking about wanting to leave Colorado and I said, ‘Well Gavin you understand they’re police officers everywhere we go,’ and he said, ‘Yeah but I’ll never see that car again,’” Chris told KRDO.

The Carpenters hope that their son’s frightening experience can be a lesson to others.

“I fully believe schools need to be educating children that this is a possibility. Had Gavin known….none of this would have happened. So sit back and take all of this in…it’s still hard to believe.”

What a traumatic experience for such a young child! I can’t even imagine how scared he must have been.

Do you think the police acted appropriately? Let us know on Facebook.