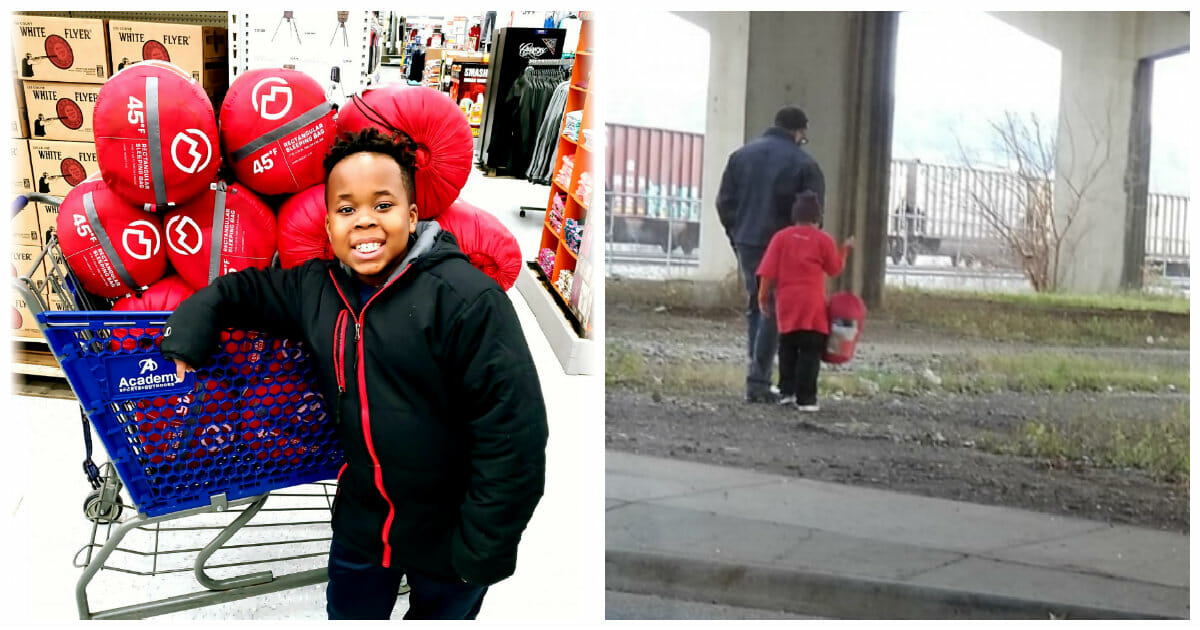 Homelessness is a crisis in many communities, and it takes kindhearted people to reach out and offer help. Simple food and supply donations from neighbors can make a huge difference for people as they try to get through a difficult time.

But it’s even more inspiring when a young person has the compassion to help the homeless—like this boy who has been on a mission to collect crucial supplies for those in need.

Ethan Hill is a 9-year-old from Birmingham, Alabama. While he’s only in elementary school, Ethan found his calling two years ago when he witnessed people suffering in his community.

On trips to school, Ethan would pass by a homeless person sleeping under a bridge. He was moved to give them man something to help him out and researched things homeless people might need.

“I had been looking at him for the past year, and I just got a chance to help him,’’ Ethan told the City of Birmingmam.

With a list of supplies, he asked his parents to take him around to stores so he could make care packages for them, including tarps, snacks and blankets, all stored inside buckets.

“Ethan Googled everything,’’ his mother Ebony Hill said. “And he had us driving all over the place looking for things. When we were done, I think each bucket weighed about 5 or 10 pounds.’’

Saying it’s his life’s mission to “play golf, play video games and help people,” Ethan has continued to help the homeless every year since.

Last year, he bought 50 sleeping bags for the homeless in his city, and this year he’s going even further: trying to raise money to buy 100 sleeping bags plus put together care packages for the Birmingham homeless.

He set a goal of raising enough from donations to buy 100 $10 sleeping bags from a local sporting goods store, a goal he is now close to completing. He will give them out just in time for the holidays.

“So many people are sleeping on the ground or they are on mattresses with nothing to cover them up. They just have the clothes on their backs,’’ Ethan said. “So, [my parents and I] tried to figure out something that they could help them stay warm and that they could take with them.’’

You can donate to the campaign via their Facebook page, but they’re also looking for supply donations for the care packages.

Ethan and his family are asking for: hats, gloves, socks, gallon-sized Ziploc bags, snacks, and toiletries. If you can donate any of these things, reach out to the family and help out a good cause.

It’s even more inspiring to think that someone so young started it all: “It’s hopeful when you see a child, 9 years old, doing what this young man is doing,” city operations manager Don Lupo said.

What an inspiring story! Thank you, Ethan, for all your hard work to help the homeless! Help spread the word by sharing this story!