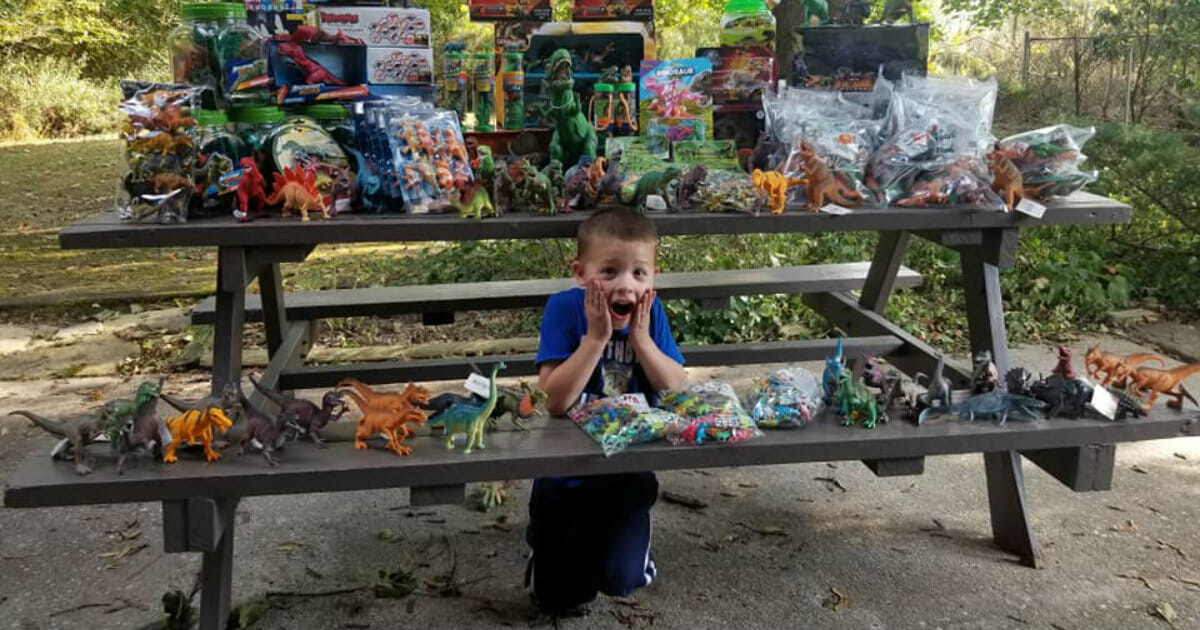 Every kid loves their birthday. There’s nothing more exciting than celebrating and getting lots of fun gifts on your big day.

But one little boy did things differently. Even though he had a lot of reason to celebrate, he decided to forgo the usual birthday presents and do something incredibly kind for others in need.

Weston Newswanger, a 5-year-old from Carlisle, Pennsylvania, has been through a lot in his young life. He was diagnosed with Rhabdomyosarcoma, a rare form of cancer, in November 2016. According to WHP, the boy has a tumor sticking through his bladder wall into his colon.

Luckily, Weston has recovered well. He spent a year in treatment at Penn State Children’s Hospital in Hershey, Pennsylvania, and while he still has a tumor he has been in remission for the past two years.

He celebrated two years of remission in September, and as his fifth birthday approached on September 26, he had a lot to celebrate.

But when asked by his parents what he wanted for his birthday, Weston had a beautiful answer: he didn’t want anything… at least, nothing for himself.

“I don’t need anything,” he said, according to WHP. “I want to get Play-Doh and dinosaurs for the children in the hospital.”

While the young boy was out of treatment he still had compassion for the kids still in the hospital, and wanted to make sure they had plenty of toys to get them through the tough ordeal.

His parents were moved, and of course decided to make his birthday wish come true. “He didn’t even have to think about,” his mother Amy Newswanger told CNN.

Weston is so excited when he gets a package to add to the pile. So far we have 134 packs of Play-Doh, 2 monster trucks,…

Amy spread the word on social media, inspiring others to buy and donate toys for the cause. Items included Play-doh, dinosaur toys, and superhero figures.

The mom remembered how much time the family spent at the hospital during Weston’s treatments, and how much the playthings meant to him while undergoing chemotherapy.

“We were there just as much if not more than our own house so the people at the hospital became our family,” she recalled.

Soon, the family had amassed a collection of toys certain to delight so many kids in the hospital.

Amy wrote on Facebook that they had collected over a thousand things of Play-doh, another thousand dinosaurs, 71 superhero toys plus some capes, plus a few other items.

What an inspiring act of kindness from a thoughtful boy! There really is goodness in the world.

Spread positivity by sharing this story!