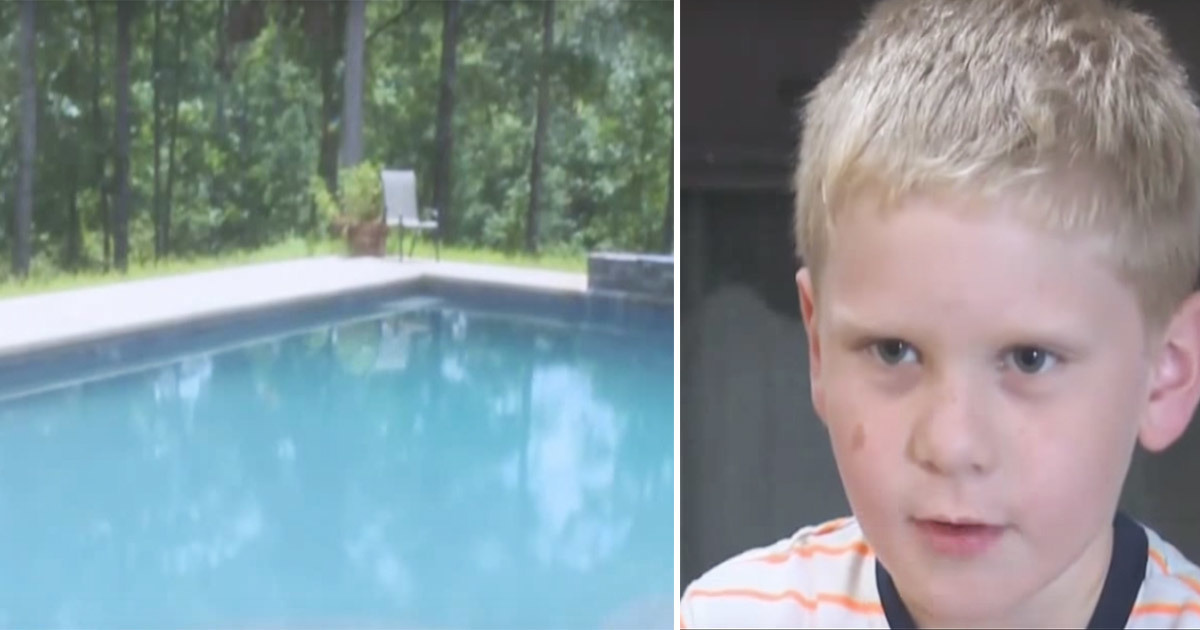 When most people think of heroes, the first thing that comes to mind is often a man with super powers wearing a cape.

But sometimes, a hero can be just a kid, like six-year-old Branson, whose bravery recently saved lives.

On August 20, 2017, the Kelley family from Louisiana had just returned home from Sunday church service. Together with friends and family — including the family’s two-year-old twins, Kaden and Isaac, and their six-year-old cousin, Branson — they ate lunch and splashed around in their backyard pool.

After swimming, everyone went inside. The three children watched TV while the adults chatted in another part of the house. But what the adults didn’t know was that the door to the pool area was open — and the twins had wandered outside.

Minutes later, before the adults realized anything was wrong, six-year-old Branson went outside and found his twin cousins floating face down in the pool.

Even though he couldn’t swim, Branson realized the seriousness of the situation — and jumped into the pool to try and save the boys.

Not long after, the parents came running and found the twins on the side of the pool, where Branson had dragged them. Twins Isaac and Kaden were lifeless and their faces had turned blue.

Isaac and Kaden managed to escape unharmed, and the next day, they were in a good mood and acted as if nothing had happened. The twins were extremely lucky that day at the pool, all thanks to their heroic cousin Branson, who before calling for help jumped into the pool to save their lives.

Branson is a real hero and after hearing about his heroic act at the family pool, we have no doubt he’ll go far in life!

Branson is a real hero. Please share this article and help us pay homage to him for his amazing act of bravery!