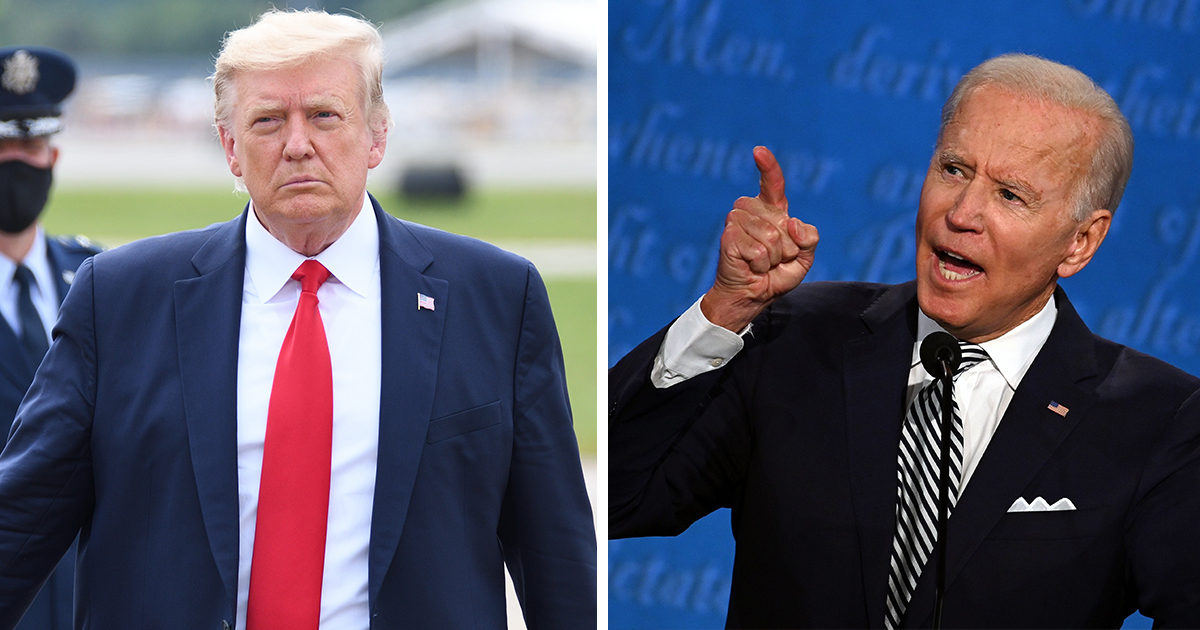 Former President Donald Trump has revealed the contents of a letter he left for President Joe Biden before he left the White House, and says it was written “from the heart.”

In January Biden revealed Trump had left him a “very generous letter” before leaving the White House.

This came as a surprise considering Trump and wife Melania refused to give the Bidens the customary tour around the White House and instead of attending his inauguration flew to his post-presidential home in Mar-a-Lago.

But President Biden was tight-lipped about the contents of the letter and told reporters that he would not be sharing the details of it yet due to its private nature.

However, now President Trump has revealed some of what his letter said saying it was “from the heart.”

In a podcast published Monday by conservative pundit Lisa Boothe, Trump said: “Basically I wish him luck and, you know, it was a couple of pages long and it was from the heart because I want to see him do well.”

Trump told podcast host Lisa Boothe that his good luck wishes for Biden were sincere but was quick to repeat his refusal to concede the election.

Trump added: “But you know what, he’s there, and I want him to do well, but that doesn’t include closing up the Keystone Pipeline, which by the way, environmentally is much better than having them on trains, but his friend and supporter Warren Buffett has trains. Nobody ever talks about that.”

The controversial $8 billion, 875-mile Keystone XL pipeline, approved in 2017 by Trump, was said to pose a huge risk to wildlife, vegetation and drinking water as crude oil spills can be harmful to both humans and wildlife.

Ending Keystone XL pipeline was just one of the 17 executive orders that Biden signed within hours of becoming the 46th president of the U.S.

However, Trump still believes Biden was bought and paid for by China.

Trump had claimed during the campaign last year that China would “own” the U.S. if Biden won even going as far as saying Americans would have to learn Chinese.

The former president’s relationship with China had started off on a positive note but soured quickly after he started accusing China of not properly containing coronavirus which had affected his political standing.

“George Washington would have had a hard time beating me before the plague came in, before the China plague,” he said in August last year, as per CNN.

The interview which covered a wide range of issues also discussed immigration with Trump criticizing Biden’s US-Mexico border policies and calling on Republicans to “fight like hell” ahead of the 2022 midterm elections.

During the inaugural episode of Fox News contributor Boothe’s ‘The Truth’ podcast Trump also confirmed he was working on a new platform.

“I’m doing things having to do with putting our own platform out there, that you’ll be hearing about soon,” the 74-year-old told Boothe.

The 45th president’s Twitter account was permanently suspended after he encouraged people to attend the U.S. Capitol rally to protest the election result that ended in a violent riot on January 6.

“They’re getting picked up much better than any tweet,” he said. “I put out a statement, it’s much more elegant than a tweet. It goes on Twitter anyway because thousands of people pick it up.”

The former president said that revealing more about the letter he wrote to Biden was “perhaps up to [Mr Biden] and I guess he said he wouldn’t do it without my approval.”

‘Both generous and gracious’

The letter will ultimately enter the public record in the National Archives and Records Administration as part of The Presidential Records Act.

The White House has refused to provide any details of the contents of the letter with press secretary Jen Psaki saying the president had no specific plans to seek approval from his predecessor to release the full note.

“This is a letter that was private, as he said to you all. It was both generous and gracious, and it was just a reflection of him not planning to release the letter unilaterally,” Ms Psaki said, as per the Independent newspaper.

What do you think about Trump’s comments on his letter to Biden, are you surprised by any of it? Let us know your views in our comments section and share this story.